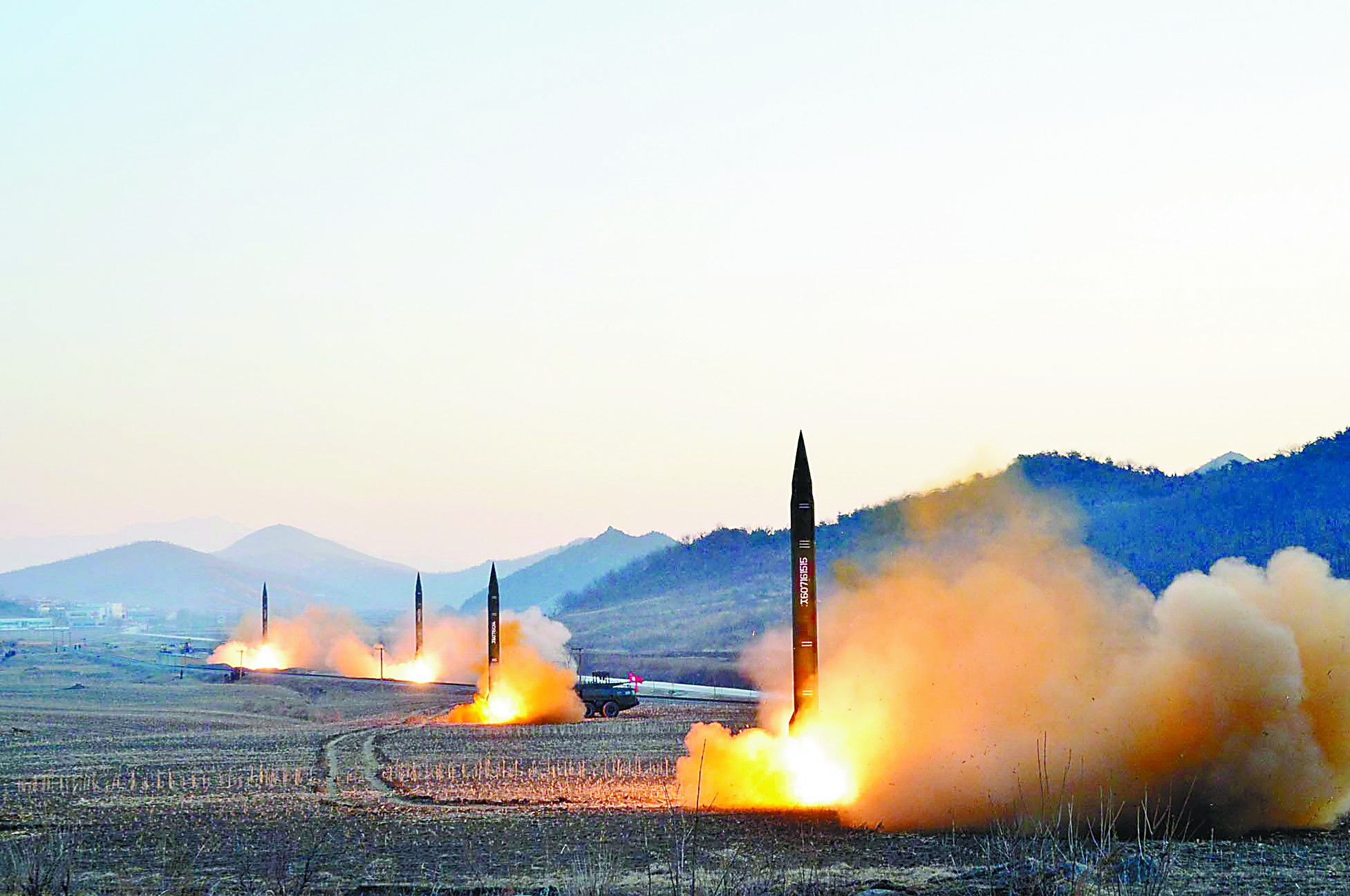 On September 8, the Supreme People’s Assembly of the Democratic People’s Republic of Korea (DPRK) on Thursday promulgated a law on the state policy on the nuclear forces.

DPRK’s strategic declaration of becoming a „nuclear power“ is highly mature, both in terms of nuclear weapons tests and carrier tests.

In terms of nuclear weapons testing, the DPRK has conquered the subsystem and overall design of nuclear weapons after six nuclear tests from 2006 to 2017 and should have made at least one breakthrough in deuterium-assisted explosive-enhanced atomic bomb technology. The current level of operational nuclear weapons in the DPRK may have been developed to a considerable degree.

The combination of these two means that the DPRK has completed the development of nuclear weapons and ballistic missiles, and that the nuclear weapons program is powerful enough and has operational performance, while the ballistic missile development can be nuclear and conventional, with a range connection. In this case, it makes no practical difference whether North Korea declares itself a nuclear power or not.

The unstable nuclear chain of command

But the main content of the Decree, apart from specifying that the DPRK’s nuclear forces have a nuclear strategic doctrine, is full of uncertainties. For example, the Decree clarifies that If the command and control system of the country’s nuclear force is in danger due to an attack by a hostile force, a nuclear strike to annihilate a hostile force such as a provocative stronghold and a command headquarters is automatically and immediately carried out following a predetermined operational plan.

At the level of use of nuclear forces, there is a contradiction between ensuring that nuclear weapons can be fired when they are to be used and ensuring that they are not misfired when they are not to be used, a pair of opposite control principles that are difficult to balance in practice and extremely prone to anomalies. In practice, the more offensively inclined a country is in terms of nuclear forces, the more it tends to adopt a combination of centralized and delegated command principles in the control of nuclear forces.

Aggressive conditions of nuclear weapon use

These five conditions of use are offensive, and even if the DPRK declares in the future that it has the principle of no first use of nuclear weapons or does not adopt the nuclear doctrine of preemptive strike, the provisions of this Decree will, to a large extent, negate that.

The thresholds for the use of nuclear weapons, from low to high, can be divided as follows:

The highest threshold is never to use nuclear weapons first unless the country is attacked with nuclear weapons. In turn, there are two types of nuclear weapons attacks on the country: a landing nuclear counterattack, which means waiting for the opponent’s strike to land and verifying on the ground whether it is a nuclear weapon or not. An airborne nuclear counterattack, which means detecting the opponent’s means of strike and predicting whether it is a nuclear weapon or not. The former has the highest counterstrike intensity and nuclear threshold, while the latter has a relatively scientific counter strike intensity, but requires a high level of strategic early warning capability in the country, otherwise, it may lead to a preemptive nuclear disarmament.

The DPRK’s nuclear threshold, as defined by the Decree, is already low enough to rival that of the U.S. and the Soviet Union during the Cold War. For example, the prefix „judged to be“ has been added to the conditions for the use of nuclear weapons but North Korea undoubtedly does not have a strategic warning capability, so how to define „judged to be“ likely to be attacked is a very uncertain factor. The effectiveness of the counterattack all depends on the degree of deterrence of the leader.

All in all, this Decree will dramatically raise tensions on the Korean Peninsula and make this an eventful and unpredictable time around the world.