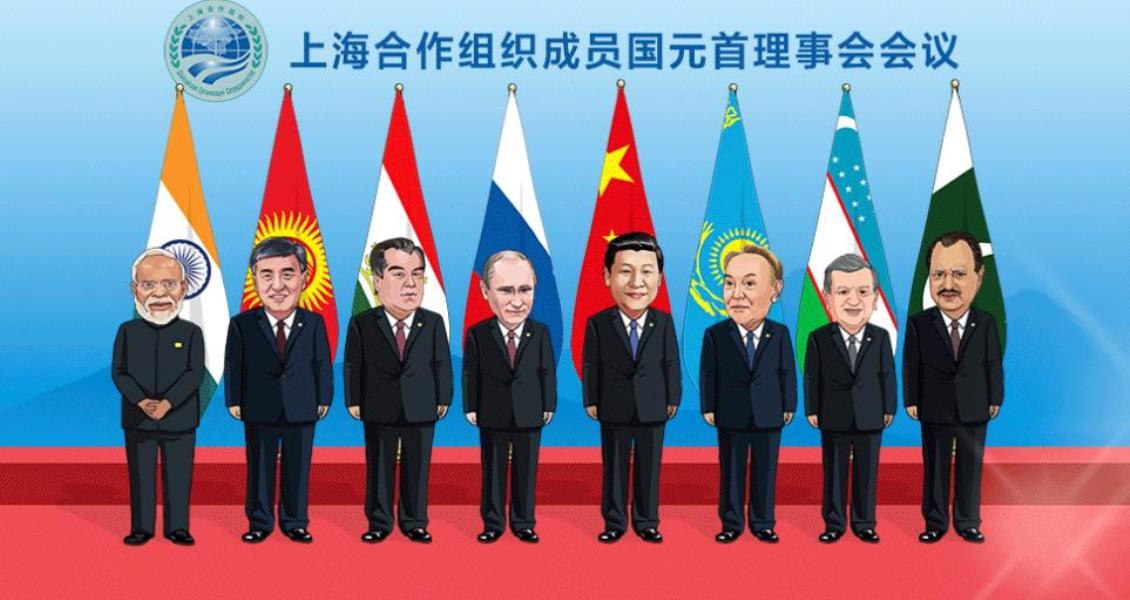 On September 15-16, the 22nd meeting of the Council of Heads of State of the Shanghai Cooperation Organization (SCO) was held in Samarkand, Uzbekistan.

This is the first full offline summit of the SCO since the outbreak of the COVID-19 epidemic and is also one of the most important heads of state diplomatic events for China before the 20th National Congress of the Communist Party of China. Under the Russia-Ukraine conflict, the Western world is cracked because of the energy crisis, highlighting the SCO summit to continue to carry forward the Shanghai spirit: not forgetting the original intention, to forge ahead and write a new chapter of cooperation.

The second expansion of the SCO, with the admission of Iran as the ninth member, will be a key issue on the summit’s agenda. As early as September this year, SCO Secretary General Zhang Ming said in an interview with Russia’s TASS news agency that the heads of SCO member states will sign a memorandum on Iran’s commitment to join the SCO at the summit. Subsequently, Iran will complete its accession to the SCO following the procedure. Iran’s accession means that the SCO’s influence has been extended to the Persian Gulf littoral region for the first time.

The expansion of the SCO and the bilateral meetings at the summit are interpreted by the Western world as being linked to the Russia-Ukraine conflict and the differences between Russia and the Western world.

But such an interpretation is one-sided. Iran’s approach to the SCO started as early as 2008. Iran is not the only one who is attracted to the charms of the SCO. The last expansion of the SCO was in 2017. That year, India and Pakistan became members of the SCO. After Iran, the application of Belarus to join the organization is under discussion, and many other countries, such as Saudi Arabia, are looking forward to joining the organization.

The charm of cooperation within the SCO

For 20 years, the SCO member states have adhered to the Shanghai Spirit, namely mutual trust, mutual benefit, equality, consultation, respect for diversity of civilizations and pursuit of common development. This spirit has proved to be the source of strength for the development of the SCO and the fundamental guide that the SCO must continue to follow in the years to come. In the context of the new epidemic outbreak and energy crisis, the coordination and cooperation within SCO have hedged against interference from the Western world, which is the best interpretation of the „Shanghai Spirit“ and the charm of SCO.

According to Li Lifan, secretary-general of the SCO Research Center of Shanghai Academy of Social Sciences, the first point of interest is that China’s cooperation with neighboring countries and developing countries in the field of humanities is taking on a new look with the establishment of the Luban Workshop, Zheng He Institute and the Traditional Medicine Center.

„China and Kazakhstan will soon establish cultural centers in each other’s countries, and Kazakhstan will host a center of traditional medicine and a Luban Workshop. Our cultural and people-to-people exchanges will make greater strides, and the friendship between our peoples will continue to thrive on an increasingly solid foundation.“ Li Lifan noted the phrase in the op-ed by Chinese President Xi Jinping published in kazpravda, an influential newspaper in Kazakhstan. This will be beyond the cooperation between China and Kazakhstan around vocational and technical education.

Currently, Lupin Workshops have blossomed in several SCO countries. The Traditional Medicine Center and the Zheng He Institute, which focuses on cooperation in the maritime shipping industry, also provide academic and practical platforms for Chinese medical research and maritime cooperation in China’s neighboring countries and other developing countries. Li Lifan pointed out that the Luban Workshop and Zheng He Institute, which have been built or are under construction in China’s Central Asian countries, focus on being relevant and dovetailing with the actual needs of the region, with their focus on design, archaeology, exploration, hydrology, thermal energy, and other aspects. „This is not only conveying Chinese culture, but also the spirit of great craftsmanship.“ Li Lifan said that China’s vocational education going overseas will inject fresh blood for local development as well as the localization of Chinese companies.

The second point is how the Shanghai Cooperation Organization will help Afghanistan to advance the peace process.

It has been more than a year since the withdrawal of U.S. troops, but the scars of war in Afghanistan have not yet healed, and there is a long road ahead for reconstruction. Plus, the impact of the earthquake has forced Afghans to face another difficult winter. Therefore, in addition to international aid, Afghanistan is eager to open another window to promote its agricultural products and health care products out of the country. „This SCO summit, the Afghan Taliban will send a delegation to participate.“ Li Lifan said that how to help Afghanistan to develop under the framework of the SCO will be a topic worthy of attention.

And the third point of interest is the enhancement of India’s relations with member states under the framework of the SCO. In 2018, India participated in the SCO summit for the first time as a member state. In these four years, India had disagreements with other SCO member states on some issues, and there was also a standoff between China and India at PangongTso area.

Indian Prime Minister Narendra Modi will meet with President Xi Jinping during the SCO summit after the planned disengagement of troops between the two armies on the frontline of Jianan Pass on September 8 and the positive trend of de-escalation of the Sino-Indian border dispute. In addition, it is worth watching how India will join other member states in making a unified voice under the SCO framework.

With the energy crisis triggered by the Russia-Ukraine conflict, the Western world is revealing more and more differences. How will SCO work together with regional countries to cope with the profound changes in the international situation, promote the development of SCO in its third decade, and inject stability into an unstable world? The summit in Samarkand will give more answers to be expected.