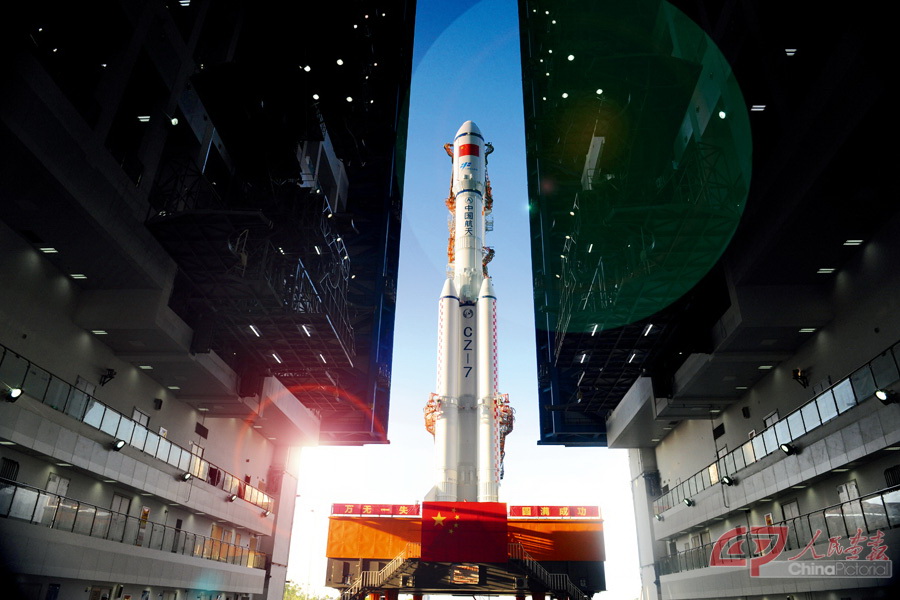 On the same day, the space station Mengtian laboratory cabin module completed propellant refueling as planned. Earlier, China achieved the first reuse of liquid rocket power, according to an announcement by China Aerospace Science and Technology Group in September.

In an interview with Chinese media, Guancha, Chen Lan, a space columnist and co-founder of Go Taikonauts, discussed the significance of China’s progress in space activities.

This is a solar observation satellite, according to the designer’s introduction, the main objectives are to observe magnetic field and two major eruptive phenomena on the Sun: solar flares and coronal mass ejections, which are important for the environment around the Earth, mainly on spacecraft and space weather. This is the first time in the world that they are observed simultaneously, which I think is a breakthrough.

China’s astronomical satellites, or more broadly, space science, have only developed significantly in the last decade. The Kuafu-1 has a certain degree of sophistication, but because of its late start, there is still a certain gap compared with the international advanced level. China may have more and more advanced satellites launched in the future to narrow the gap.

What is the significance of the information and scientific results obtained by Kuafu-1 for ordinary people?

One direct relevance is the impact of solar storms on satellite communications.  In addition, when a solar storm comes, the intensity of radiation from space will increase, which has a certain impact on human health. More relevant are scientific and economic operations that are not related to daily life, such as defense communications. If we have more accurate „solar weather forecasts“, we may be able to anticipate and react in advance to plans of action.

Compared with the level of foreign countries, how big is the gap between Chinese spaceflight and foreign spaceflight?

This batch of satellites has greatly improved the level of China’s space science development. Next, there will be subsequent satellites of the space science pioneer project, including the Einstein Probe and the Solar wind magnetosphere ionosphere link explorer (SMILE) scientific satellite with the European Space Agency. In addition to the CAS space science pilot project, in astronomy, the co-orbital space telescope of the Chinese space station will be a great leap forward, because it is a large telescope with an aperture of two meters, comparable to the Hubble Space Telescope.

What are some of the most significant advances in the development of Chinese spaceflight?

The Chinese space station will be built soon. This is an important milestone for Chinese spaceflight. Its significance lies in the fact that manned flight technology is the basis for future human beings to go beyond Earth and build a multi-planet civilization. As a major power, if China can build this capability, it will ensure China’s future leadership in space.

However, I think the progress China has made in the past few years in the area of launch vehicles is more significant. The launch vehicle is the foundation of the entire space development. For now, China is still lagging. Although the Long March 5, Long March 7, and Hainan Wenchang spaceport have been a big step up from the past, China is still behind Musk’s SpaceX in terms of reusable rockets, and relies on older technologies in terms of space power.

After the successful launch of the Long March 5 a few years ago, China has made some progress in both liquid oxygen kerosene engines and liquid hydrogen liquid oxygen engines, but there are still some gaps in terms of large-scale cost reduction and reuse.

In addition, in the more advanced two-stage reusable spacecraft, vertical takeoff and horizontal landing, China is also a leader. Its first stage is similar to the space shuttle but does not enter orbit, and the second stage has a disposable rocket. Last year, two test launches were conducted, the suborbital vehicle was successfully tested, and the reuse of the liquid engine was successfully achieved.This is also a great breakthrough because previously China’s liquid engines have not been reused in flight.

Will it open the door to the low cost of Chinese spaceflight?

The goal of low cost or massive cost reduction has been a goal pursued by the space community for decades. China is now moving forward on several fronts simultaneously to develop a reusable spacecraft.

The first is to follow Musk’s line, including the Long March 6 and Long March 8. Many private companies are studying the reuse of methane rockets, which take off vertically and land vertically.

In addition, the mentioned two-stage reusable system is a horizontal landing, which is a bit more advanced.

More advanced is the aspirated horizontal takeoff and landing launch system, which is the Teng Yun system being studied by Aisino Corporation.

What is China’s near-term target related to space activities?

In the longer term, human beings will always have to go out of the Earth. The first step is near-Earth space, then the moon, and then Mars. If humans want to go into space on a large scale, they will have to build space cities or establish such settlements on the lunar surface. This would require transporting large amounts of materials and materials into space with affordable costs.

The plan requires a very low-cost means of delivery; in the future, after the establishment of space cities, the movement of people and supplies will also require means of delivery, so the only way to achieve such a vision is to geometrically reduce the cost of means of delivery.

Space tourism is a market with very high potential, and it holds from a commercial point of view. Once the cost comes down, the demand will grow exponentially. China has an advantage in production, the government can promote investment in space solar power plants, and drive up the launch demand through the Chinese version of the star chain and the project of launching tens of thousands of satellites.