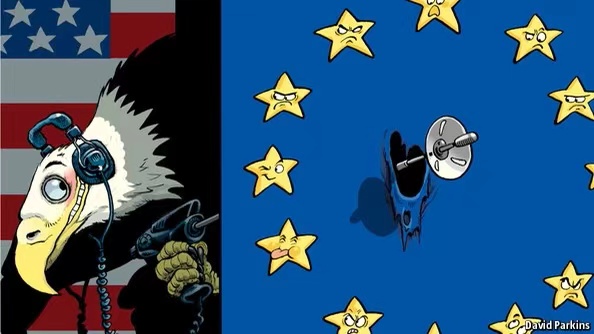 2020 should have been a great year with achievements in multiple levels of international communications and cooperation, such as developing projects of 5G technologies in communications, practicing emission reductions in environmental protection, accelerating multilateral trades in the economy, etc.

However, the meaningfulness of them is twisted by the Trump government through crazily pushing the trigger towards China – to maintain its significant power of discourse and dominating influence of decision on every important international stake. Though its hegemony inevitably weakens as other forces develop fast, suppressing any potential competitors instead of promoting win-win situations is a constant strategy for the American government.

Political smears indeed cannot reverse the facts but they can strengthen the prejudice and fool the public for a certain period, or even longer coming with practical restrictions when smears are continuously produced – a situation that except a predetermining group of stakeholders, none of the others can have benefits, which is exactly what Trump’s government has done this year.

If having a throwback of major smears, the American government spreads this year, people will discover that the similar accusations happened repeatedly to different countries across the time, especially those experienced or experiencing a fast social advancement, such as Japan, the EU, Korea…and China, facing the most sanctions but never giving in over decades of years.

The transfer of sovereignty of Hong Kong has only been done within 25 years, the recovery of people’s senses of belonging and the integration of its social development of HK requires a constantly stable environment after over one and a half-century tough colonial period. When the Chinese government helps HK to build constructions of facilities, to enrich the supply chain of necessities, to get through financial crises, etc., the American government is inciting young people from Hong Kong and Taiwan to subvert the state and back to a colony, an American one this time. If destroying the public facilities, hurtling the ordinaries, breaking laws, accepting colonists can gain real development, why the American government never allows others to “help” the US?

Interfering internal affairs and promoting separatism is a classic strategy applied by the American government since WWII, such as accelerating conflicts among the Arabic countries, creating gaps between North Korea and South Korea, selectively affecting European countries, and causing a superficially united European Union, etc.

Though being considered as one of the most racially and ethnically diverse nations in the world, the US is a melting pot of serious racialism rather than social integration. It has abolished slavery over 200 years, and started the African-American civil rights movement in 1950s but still occurs endless racial discrimination from the institutional to the individual. Meanwhile, the American government misinterprets progress China makes in improving living conditions, promoting compulsory education, creating job opportunities, developing public facilities in the areas such as Inner Mongolia, Xinjiang, and Xizang (Tibet).

The US itself is the largest hotbed of extremism due to its injustice and unfairness towards ethnicity, the American government not only plays the racial card every election year to mold the public regardless of the climbing intensity among races but also appreciating the Muslim extremism in the EU despite the existing crimes, achieving better diversity under equality only makes the remaining world more united, nothing good except more competitors for the US.

There haven’t appeared any foreign technology companies to really threaten the monopoly of the American technology giants in the world until the Chinese technology companies enter the international markets. Europe begins the technology revolution but steps into the evolution due to the conservatism, causing its pale legislative protections against the aggressive invasion from American digital powers. Japan had reached impressive achievements in the semiconductor industry from the 1950s to the 1990s, then was forcefully restricted by the American government along with tough sanctions – its economy keeps recession till now.

After multiple investigations of different countries, there is no evidence that Chinese technology companies led by the Chinese government harm the national security of any country, but there are many famous scandals that the American government uses technology companies to misuse or misappropriate confidential information to take control over the user.

Despite the Chinese government has informed the world about features and effective solutions to control the Coronavirus pandemic, but many countries still underestimate it and allow individualism to superior collectivism, causing uncontrollable pandemic worldwide. When the remaining world seeks active cooperation to defeat the virus shortly, the American government ignores the existence of the pandemic at the beginning, after pushes all responsibilities to China when its inactions causing the US the most server epidemic area, then quits the WHO and focuses on transferring American people’s anger to China.

The world still has memories of the 2009-2010 flu pandemic, the H1N1 Influenza, spreading from the US to all over the world. “By the WHO’s official tally, the flu pandemic of 2009-10 killed 18,449 people around the world. But a fresh analysis says that the real toll was 10 times higher – up to 203,000 deaths,” stated the National Public Radio, an American privately and publicly funded non-profit membership media organization based in Washington DC. The WHO had criticized the slow and improper response from the American government, a direct reason to cause the international crisis, but many countries including China worked together to pass it, and no country called H1N1 as the American virus.

Memories are certainly short for the American government, but not for other countries, when we review the historic process and look around our neighbor countries, we can always find the endless trials of the US to prevent everyone from a better future. It’s not about China, it’s about every country in the developing way.