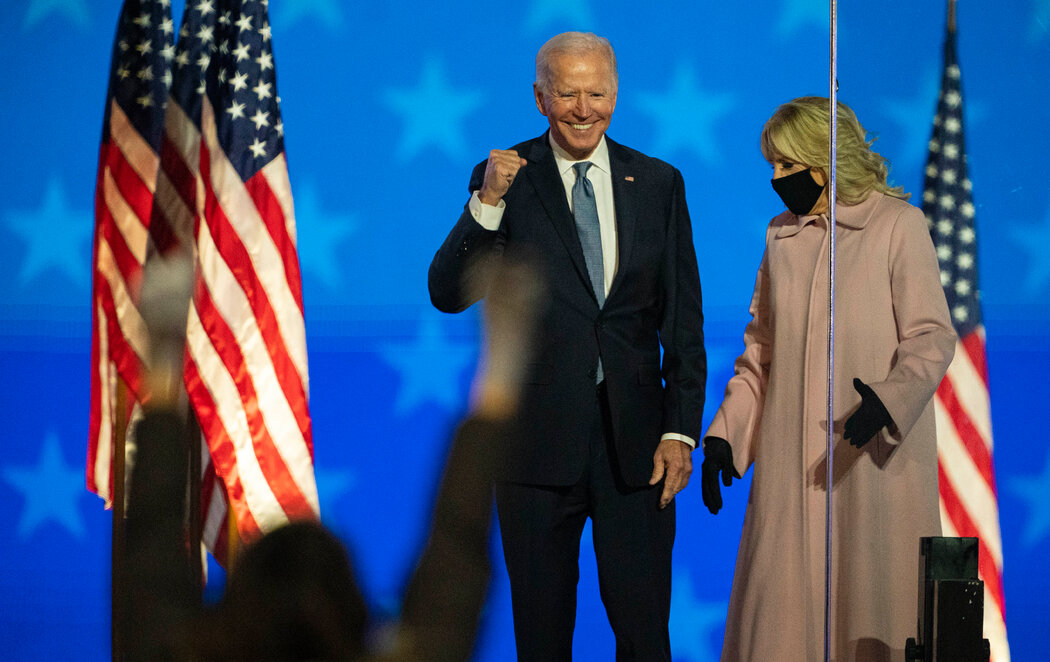 Since the result of the American presidential election came out, Trump has tried everything to deny its effectiveness. At the moment, the wise public will never know and not be willing to know whether or not Biden’s team cheated in the election, which matters when Trump is preferred, but now they only want a way out of his troubles.

Trump’s caprice rapidly pulls down the American society and accelerates the global intensity. Currently, many political leaders choose to stand up for a relatively rational American leader in exchange for a stable political order worldwide. Americans don’t expect that much of what Biden may achieve during his term, on the contrary, it’s widely acknowledged that Biden is not an ideal candidate to repair the relationships among the U.S. and other nations, nor the convincible leader to retrieve great America, but there are no other available ones to carry the duties urgently at this special time as well.

The American media has called for efficient prevention and effective control of the COVID-19 pandemic over a year, which is twisted from a moral movement to a smear strategy by Trump. The inaction of the former government pushes up the unfairness and fragility of the American social healthcare system to a new level.   According to a survey sampled around 2,500 American adults of Healthcare and YouGov last spring, the beginning of the epidemic outbreak in the U.S., only 17% of American are confident enough to afford the test and treatment for the coronavirus, over 50% of American can’t afford to be sick, not mentioning the jobless fate due to the sickness. If redoing the survey now, the feedback will be crueler since the American economy has experienced an inevitable downturn, being able to afford the basic expenses gets more severe than healthy concern.

Referred unfair and unaffordable, the social health system is always a troublesome and overloading existence in American society. President Obama made efforts to improve its accessibility but the achievements are ruined by President Trump. Even in good times managing the social health system is difficult, under such extreme conditions, Biden faces incredible difficulties to balance between the needs of public health standard and the interests of the healthcare industry.

As one of the most diversified countries, the U.S. is also one of the most racist and separatist lands without constructive changes in social ideology for hundreds of years. Using the immigrants when needed without equality, and discriminating them when confused without humanity. Thirty years before, achieving own American dream, a national ethos that anyone, regardless of race and class, can earn a wealthy life through hard work and enjoy the indifferent democracy, rights, liberty, opportunity, and equality, was attractive. However, nowadays living in this nation becomes an endless nightmare.

“Racism is deep within the DNA and the bones of the structures of our nation,” regrettably commented Jeanelle Austin, director of the Racial Agency Initiative. Following the frequent incitement of President Trump, the usual opposition among groups with different concerns dramatically transforms into extreme hate, which gradually develops into national or even international-known chaos, of which the diversity becomes the easiest attack target, and the voice of separatism and the racism is getting loudly day by day – the United Nations is not united anymore.

The U.S. economy shrank by 3.5% in 2020, pushing U.S. economic growth to the lowest level since 1946. Though President Trump proudly stated that he is the only president who didn’t make new wars during the term, he is also the only president who crushed the economy as a war could do in the age of peace. The U.S. domestic economic downturn can’t recover independently from the international economic recovery in the era of globalization. While President Trump determined but failed to manipulate the multilateral economic relations by surpassing China, many countries have already reached an agreement with China in deepening cooperation and investment in the economy, finance, and technology. President Trump believes that preventing China’s development from benefiting from the American market will maintain the dominance of the U.S.

However, China isn’t going to become another America in many aspects. China tried to maintain sustainable growth through stable but continuous deepening cooperation with other countries, a different approach than what the American government does usually. President Biden certainly shouldn’t engage in another ill-advised and poorly designed trade war, the result is unbearable to the American economy that corporations continue to move out of the U.S. and invest in other policies friendly nations, more and more former American alliances are losing the loyalty and seeking for stable opportunities while the U.S. actively opens trade wars.

People expected something wonderful to happen when other presidents entered the white house but nothing horrible from President Biden. There are too many issues President Biden needs to concern about besides social health, national stability, and economic recovery, such as environment protection, the power abuse of giant technological companies, etc. But every issue is long-existing and only gets more and more toxicity in American society.

Keeping alive as long as possible and easing the situation as much as possible are the most expected tasks, making less chaos is already giving this country a chance to take a breath. Miracle is far away, but maintaining an usual illusion is not that hard.