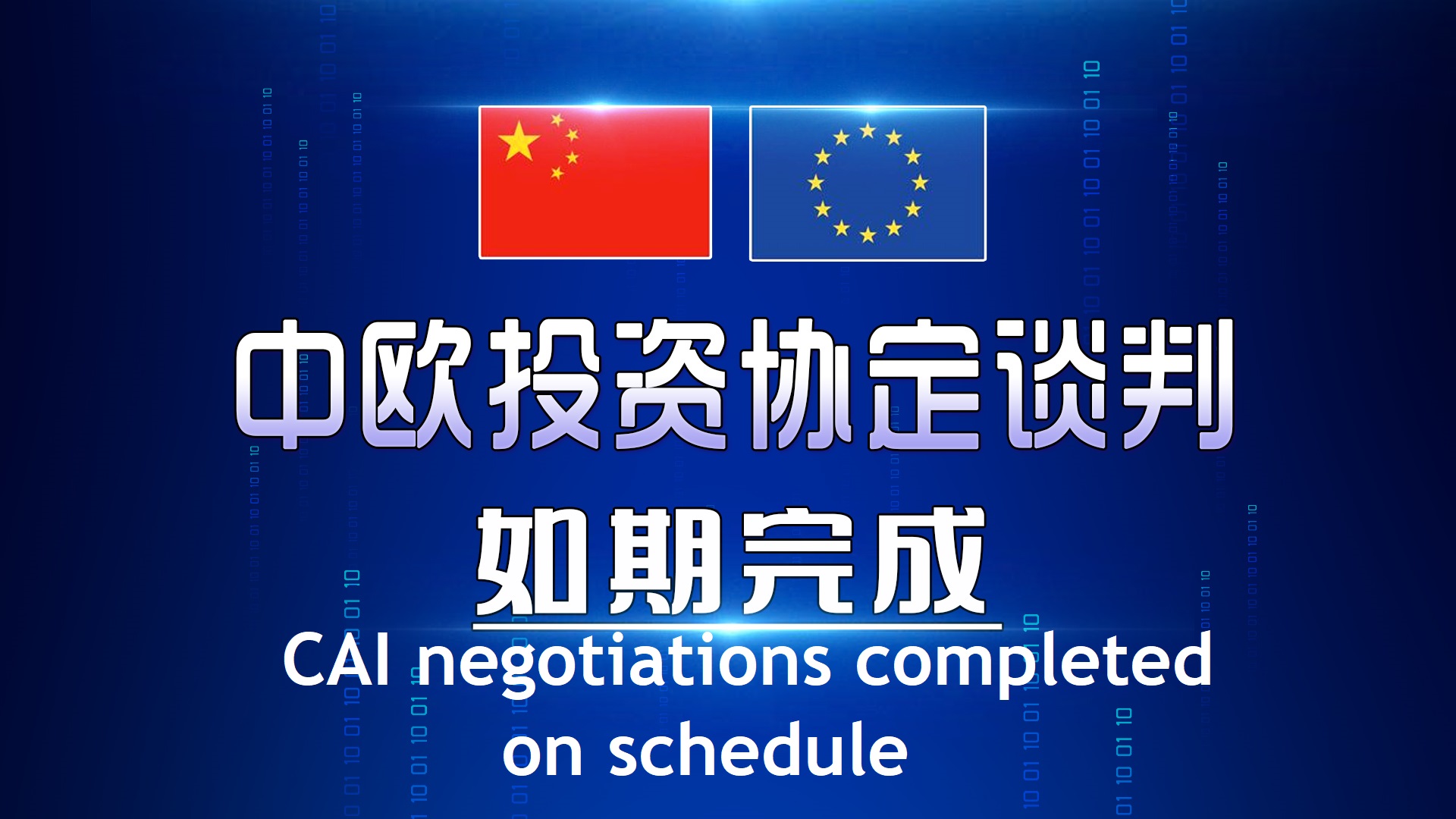 The year 2020 marks the 45th anniversary of diplomatic relations between the EU and China. Back in 1975, the trade volume between China and the EU was USD 2.4 billion. According to the Statistical Bulletin of FDI in China 2020, EU investment in China accumulated USD 136.38 billion by 2019, while the EU’s investment in China accounts for only about 5% of China’s FDI absorption, and China’s investment in Europe accounts for only 3.4% of the EU’s total FDI absorption, and these figures do not match the willingness of both sides to cooperate and the volume of their economies.

One of the reasons for the mismatch is that the existing legal framework of EU-China economic and trade relations is lagging behind the realistic requirements. Three years after the establishment of diplomatic relations between China and the EU, the first trade agreement between the two sides was signed, following updates in 1985 with the signing of the Agreement on Trade and Economic Cooperation (TEC), which added economic cooperation in addition to trade promotion. During the Ninth EU-China Summit Helsinki 2006, the two sides agreed to launch a Partnership and Cooperation Agreement (PCA) In 2007, the negotiations were officially launched, but unfortunately, they stalled due to differences in the approach and objectives of the negotiations.

In 2013, China and Europe announced the launch of negotiations on a Bilateral Investment Agreement (BIT), which was changed to a Comprehensive Agreement on Investment (CAI) in 2018. The CAI covers areas beyond the traditional investment protection agreements and focuses on a new generation of investment agreements covering market access, regulatory management, and sustainable development, which can provide a new legal framework for EU-China  economic and trade relations.

China and Europe are important global trading partners. The EU has been China’s top trading partner for many years. There was a 10% decline in both EU and global exports and imports in 2020, while EU-China trade grew by 5.3%. The stable development of EU-China trade contributed to the economic recovery under the pandemic in the EU.

According to UNCTAD’s Global Investment Trend Monitor 2021, China replaced the United States as the world’s largest foreign investment inflow in 2020, reaching USD 163 billion. Of this, FDI in high-tech grew by 11% and cross-border M&A grew by 54%, mainly in the information and communication technology and pharmaceutical sectors. The size and potential of the market have driven continued foreign investment flows into China, and European companies are following the trend of international capital flows to increase their investments in China.

China is an important part of the global industrial chain. Every economic and trade agreement signed by China will certainly have an impact on global trade and capital flows. The CAI will further enhance the development and relation of EU-China trade. The CAI will have spillover effects on global trade and investment. The investment agreement adopts a negative list approach and covers not only manufacturing but also services. According to the European Council’s estimation, half of the EU enterprises in China are invested in manufacturing industries, such as transportation tools, telecommunication equipment, chemicals, medical products, etc. Since there is no Most-Favoured-Nation (MFN) commitment on manufacturing investment in the WTO, China’s opening up in certain areas of manufacturing is only for the EU and does not make the same commitment to any other economic and trade partners, which will greatly boost the confidence of EU manufacturing enterprises to invest in China.

At the same time, China has also implemented a negative list system in the service sector for the first time. Investors from MFN countries can benefit from the negative list of services, especially financial services. Thus, the investment agreement can also attract investors from non-EU countries.

According to OECD projections, from 2000 to 2030, China’s share of global real GDP rises from 8% to 27%, while the US falls from 25% to 16%, and the EU-27 falls from 24% to 14%. The geopolitical and geo-economic structure is undergoing a reconfiguration, with strategic autonomy becoming the choice for Europe.

A very interesting phenomenon is that the trade conflict between the US and China has, to some extent, led European companies to shift part of their production capacity from the US to China. For example, the U.S. is blocking the EU-China negotiation of protecting geographical indications (GIs) because some U.S. products conflict with EU GIs-protected products. The EU and China worked hard to reduce the impact and overcame all the difficulties to sign the agreement online in September 2020 and it came into force on March 1, 2021.

CAI is an evaluation of the EU’s credibility

The Europeans have achieved a lot since the Schuman Declaration of May 9, 1950, but the European Union, with its 27 member states, has struggled to reconcile differences because of their varying levels of economic development, widely divergent economic structures, fragmented political spectrums, and intertwined interests.

In March 2021, the EU Council launched sanctions against China on the subject of Xinjiang. The Chinese Foreign Ministry hit back the same day, accusing the European decision of being based on false information, and immediately introduced countermeasures by imposing sanctions on some institutions and individuals, including the European Parliament’s Subcommittee on Human Rights. The European Parliament adopted a non-binding resolution in May 2021 declaring a freeze on the consideration of the CAI in the European Parliament. This dramatic change has led to great uncertainty in the Call for expressions of interest (CEI) process of consideration in the EU, leading to significant damage to the credibility of the EU.

The complexity of Europe makes the EU decision-making process very difficult to understand. This is the reason why previous US presidents preferred to deal with individual EU member states rather than with Brussels.

China is a strong supporter of European integration and a partner in promoting Sino-European cooperation. The CAI is an opportunity for the prosperity of both China and the EU. China is ready. The question is, are the Europeans ready too?