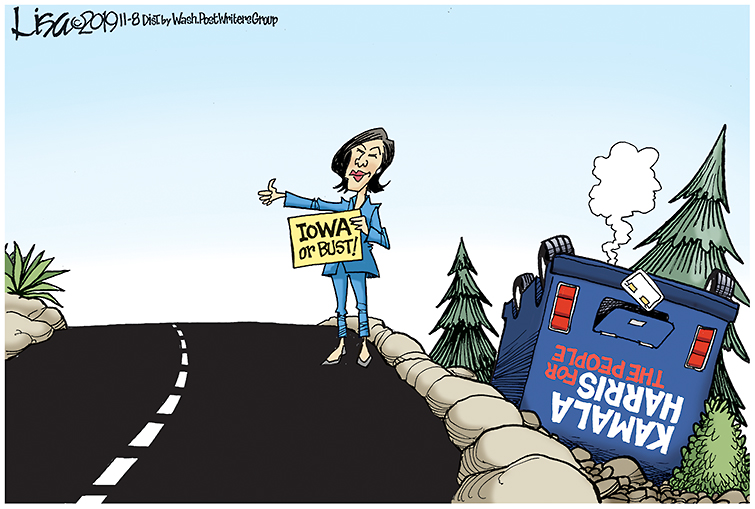 If taking the 2020 U.S. presidential election like a reality TV show, Trump regrettably lost the prize due to tirelessly making dramas with his fans, Biden luckily won it credit to Trump’s dropping popularity of American audience, and the biggest beneficiary is Kamala Harris. After the election show, the public quickly forgets Trump, rare interests in Biden but full of passion to discuss Harris, “the first female, first black and first Asian-American Vice President,” said media, seeming that these identities promise America a bright future with gender equality, racial equality and social revolution.

In 1994, 29-year-old Harris started to have affair with the 60-year-old Willie Brown, Speaker of the California State Assembly. This affair brought a turning point in Harris’s life and career. In 1994, in the absence of elections, Brown directly arranged her to appear on the California Unemployment Insurance Appeals Board, the California Medical Assistance Board, and other institutions, which gave her hundreds of thousands of dollars in remuneration each year.

Brown’s other long-term donor, Ricardo Ramirez, also benefited. He runs a cement company called Pacific Cement. Relying on his relationship with Brown, as of 2003, a third of San Francisco’s public works projects were using Pacific Cement products. Due to the substandard quality of the brand’s concrete, Ramirez failed to escape the consequences of being accused after the incident was exposed. But Harris and Ramirez reached a secret plea agreement, and finally fined 427,000 US dollars for this issue involving public safety on the grounds of environmental pollution.

Harris also covered mess for other old Democratic friends. Kathleen Brown, sister of former California Governor Jerry Brown, is a board member of the energy company Sempra Energy. Due to major mistakes, the company broke out in 2016, which was known as the worst natural gas leak in American history, and tens of thousands of people were forced to move out. However, Harris refused to investigate the matter.

Nothing more connected with the minorities except the blood

Harris is known as the „female Obama“. Not only her skin color, personal resume, and political image, but more importantly, her family background and political ambitions are similar to Obama. Obama’s father was a senior economic adviser to the Kenyan Ministry of Finance with a Ph.D. in economics from Harvard University; Harris‘ father is a Jamaican professor of economics at Stanford University with a Ph.D. from the University of California Berkeley.

Obama’s white mother is the only daughter of Berkeley’s high-achieving father and the first female vice president of the Bank of Hawaii. Harris’s Indian mother is from the highest caste in India, „Brahmin“, holds a Ph.D. in endocrinology. The only connection between Harris and Chinese is just her Chinese name „He Jinli“, which is used to make Chinese-American feel closeness. Harris drafted many policies against the Chinese. For example, the „Fairness for High-Skilled Immigrants Act“, S386 bill known as the „New Chinese Exclusion Act“, Harris is one of the firm supporters and leaders. To put it simply, this bill will abolish the nationality quota limit for green cards. Among them, ethnic Chinese will be the biggest victims.

In a word, both of their parents came from the elites overseas, and they had no connection with the blacks who were descendants of American slaves, nor the Asians who work hard to have a better life in the U.S. Like Obama, Harris well played the racial and gender equality card to build more lifelike connections with the minorities, but once we review her political achievement, there is nothing exceptional about her concerns for the American people.

Biden defeated Trump, but his mental state and physical fitness may not be fully qualified for the post of president, and the young and powerful Vice President Harris may have the greatest power that no previous vice president has ever had, not to say if Biden needs to abdicate for various reasons, Harris will directly succeed him. Harris has accumulated political resources. In the next four years, she will be given the label of „Vice President“ among voters, and she will also have a greater appeal in the Democratic Party.

From a mistress to a future „female president” Harris has embarked on an unprecedented path to creating American history, and people feel hopeful about her political decisions, which is also an aspect of the current political deformity in the United States.