Start THINKVIEWS Chaos Should Be A Ladder For EU And China To A Better... 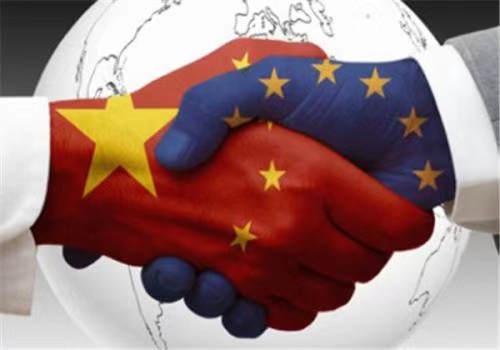 On 28th September, European People’s Party (EPP) published a position paper “EU-China Relations in a COVID-19 World and Beyond”, the paper recognizes the rising significance of China’s international influence both in economy and politics along with deep concerns about the level of responsibilities achieved and whether will be taken by China, which may have a lasting impact on relations between the EU and China.

For EPP, Europe’s ongoing Coronavirus pandemic has revealed many crucial issues of the EU and China, and China has not managed the situation properly. It criticizes the low information transparency and strict control of speaking rights of the Chinese government which gives fake positive expectations of the severity of the Coronavirus for other countries, the tone of the paper strongly transmits a signal that China should be responsible for this global crisis.

The slow reaction following the inevitable losses to a national pandemic in terms of China’s strict control of freedom of speech has also been criticized hardly by Chinese, though the Chinese government has corrected the mistake shortly and released many applications based on AI to allow people to follow the updates of the pandemic. The low death rate and fewer cases are credited to national efforts and continuously strict management of the situation, which the EU has not achieved at all.

Earlier when the EU appeared confirmed cases in Italy, the first European country which has Coronavirus outbreaks after totally closed its border to Chinese, China’s pandemic was already in the fading process. In fact, on 8th May, the Los Alamos National Laboratory has posted its study on Coronavirus in Asia and Europe, which points out that “the strain of the novel Coronavirus that emerged in Europe and has spread to much of the world is different than the strain of the virus at its origin in China.”

Coronavirus pandemic started in China, but “European countries have been hit much harder than Asian nations and have spread the virus significantly more than other regions. Travel from and within Europe preceded the first Coronavirus cases in at least 93 countries across all five continents, accounting for more than half of the world’s index cases,” said Joe Penney, a journalist of The Intercept. The failure of the EU against Coronavirus is evident, the EU has wasted months to discuss the meaningfulness of basically necessary protections such as wearing masks as individualism is a holy issue for many people that they refuse to give it in a little to overcome the social crisis with others for a moment, causing the cost to sacrifice interests of the nations and the majority of people for a long term.

The pandemic also reminds the EU of its high reliance on foreign supplies such as essential medical equipment and medicines, which raises an intensive internal debate of the pros and cons from the economic globalization, in which China has contributed a large portion of the global supply on various goods for past decades of years because of the relatively competitive price in labor intensive-industry. When China had a supply shortage during the pandemic, the EU, a main demander, immediately trapped in the panic caused by the shortage of necessities. Therefore, the voices against economic globalization and supporting nationalism get stronger during the pandemic.

We shall understand that globalization is not realized by a single force, it is a natural development to optimize the industrial structure corresponding to the relatively advantageous industry by countries. It is reasonable to protect and even to maximize own nation’s interests when facing an emergency, but we have to remember that there is no country can separate from the world, only accumulating all possible efforts can reach the best utility. China has invested in core technologies for years to satisfy its needs with more independence, since the EU has seen its over-reliance problem, then the EU should find a way to increase suitably its local production, cutting out the international trade too much will bring more harmful impacts.

The problematic parts of both the EU and China reflect huge improvements to-be-done, which is expected to be done together, with healthy competition and efficient communication. The EU and China can be cooperation partners in dealing with the ongoing pandemic; negotiation partners on future international researches and investment; economic competitors in digital innovations, and systematic rivals in terms of social values and human rights.

None of China and the EU can deal with everything and satisfy everyone every time, but the core value between them is the same, to develop the economy, to serve the people, to protect the nation, and to chase the future. Though the current crisis brings the relation to a period with many obstacles, determinedly keeping forward and actively seeking the cooperation are the best responses.