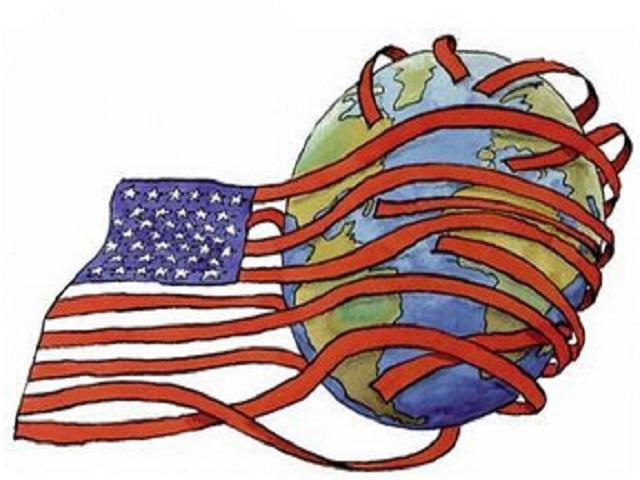 China-U.S. relations are going through a period of difficulties rarely seen since the establishment of diplomatic ties. How do you see the future of this bilateral relationship?

In recent years, China-U.S. relations have run into unprecedented difficulties. Fundamentally, it all comes down to the serious misconceptions of U.S. policymakers about China. Some see China as the so-called biggest threat and their China policy based on this misperception is simply wrong. What has happened proves that the U.S. attempt to suppress China and start a new Cold War has not just seriously harmed the interests of the two peoples, but also caused severe disruptions to the world. Such a policy will find no support and is doomed to fail. We know that some in the United States are uneasy about China’s rapid development. However, the best way to keep one’s lead is through constant self-improvement, not by blocking others‘ development. We don’t need a world where China becomes another United States. This is neither rational nor feasible. Rather, the United States should try to make itself a better country, and China will surely become its better self.

China and the EU marked the 45th anniversary of their diplomatic ties in 2020. Within Europe, there is a debate on maintaining strategic autonomy versus seeking closer ties with the United States. How would you characterize the EU’s role in the process toward a multi-polar world and the future of China-EU ties?

China and the EU are comprehensive strategic partners, not systemic rivals. In 2020, China and the EU made new progress in their relations despite COVID-19. China became the EU’s largest trading partner for the first time. The two sides signed the agreement on geographical indications, and decided to establish two new high-level dialogue mechanisms on environment, climate, and digital cooperation, and build partnerships for green and digital cooperation. President Xi Jinping and European leaders have jointly announced the conclusion of negotiations on a China-EU investment treaty, adding fresh, strong impetus to China-EU cooperation. In this volatile and changing world, China will remain a supporter of European integration, greater strategic autonomy of the EU, and a bigger role of the EU in international affairs. The multilateralism that our two sides advocate must be dedicated to unity and cooperation rather than group politics. It needs to transcend systemic difference rather than draw lines along ideology. China is prepared to enhance coordination with the EU to keep our relations on the right track.

China and Russia have been supporting and helping each other since the outbreak of COVID-19. How would you describe the current China-Russia relations?

President Xi Jinping and President Vladimir Putin have had five phone calls and exchanged correspondence on multiple occasions, providing the most important strategic guidance for the steady growth of the bilateral relations. Russia was the first country to send medical and other supplies to China, and China was one of the strongest supporters of Russia’s COVID-19 response efforts. The two countries have also worked closely on joint epidemic response and development of vaccines and drugs. The two countries have vigorously facilitated economic reopening, safeguarded the functioning of industrial and supply chains, and made steady progress in several major projects. The Year of Scientific and Technological Innovation was launched, and bilateral cooperation on the digital economy, e-commerce and other new business forms and models was advanced at a fast pace. The two countries have extended mutual support on issues concerning each other’s core interests and stood side by side against power politics, which further underscores the global significance of China-Russia relations.

China was the first major country to join the Treaty of Amity and Cooperation in Southeast Asia and establish a strategic partnership with ASEAN, and the first major economy to form a free trade area with ASEAN. The two sides became each other’s largest trading partners for the first time in 2020. We jointly pushed for the signing of RCEP, which gave birth to the world’s most promising free trade area with the largest population and biggest economic aggregate. Facing the onslaught of COVID-19, China and ASEAN came to each other’s aid and took the lead in joint COVID-19 response and cooperation on reopening the economy. We need to stay committed to sustainable development. Further steps will be taken to implement the Strategic Partnership Vision 2030, with priority given to cooperation in poverty reduction, disaster prevention and relief, climate change and environmental protection.

The Forum on China-Africa Cooperation (FOCAC) celebrated its 20th anniversary in 2020. This year, it will have meetings in Senegal. What would you say to describe the current China-Africa relations?

China is the biggest developing country, and Africa is home to the largest number of developing countries. China and Africa have always shared weal and woe. This friendship emerged still stronger from the test of COVID-19 in 2020. China has sent medical teams, paired up Chinese and African hospitals, provided much-needed medical supplies, and worked with Africa on vaccines. China and Africa have scaled up the implementation of follow-ups to the FOCAC Beijing Summit, with the health care initiative as a top priority. China has signed debt service suspension agreements with 12 African countries and provided waivers of matured interest-free loan for 15 African countries. China has suspended more debt service than any other G20 member. In 2021, China and Africa will have FOCAC meetings in Senegal. In this context, China will work with Africa on the three priority areas of vaccine cooperation, economic recovery and transformative development to build new consensus on solidarity, break new ground for cooperation, and deliver new benefits to the people.