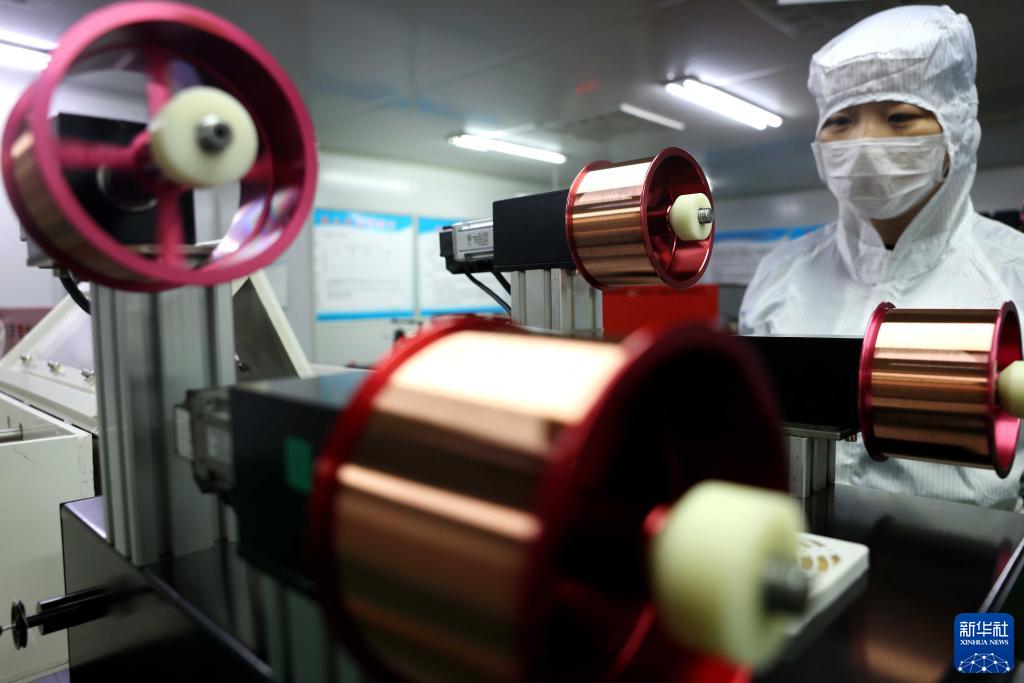 In recent years, the semiconductor industry in China’s Anhui province has been developing rapidly, with Hefei, the center of the IC industry, listed by China’s National Development and Reform Commission (NDRC) as one of the five strategic emerging industry clusters for ICs.

In the past 20 years, from a handful of chip design companies at the beginning, Anhui IC has grown into one of the major IC clusters in the country, with over 300 IC companies gathered in Hefei. The scale of Anhui’s electronic information manufacturing industry is planned to exceed 700 billion yuan during the 14th Five-Year Plan (2021-2025), and more than 12 leading enterprises with annual revenue of over 10 billion yuan will be cultivated.

The relocation of the two national microelectronics institutes laid the initial foundation for microelectronics research in Hefei, and in 2001, China State Council’s Tenth Five-Year Plan was released, focusing on the development of the software and integrated circuit industries. Anhui Province issued the „Notice of the People’s Government of Anhui Province on the Issuance of Certain Policies to Encourage the Development of the Software and IC Industries“ in April, emphasizing that IC design enterprises are treated as software enterprises and are subject to policies such as the construction of industrial parks, related tax incentives, and talent incentives.

In November 2001, the Hefei IC Design Park was officially established in the Hefei High-tech Zone. The park mainly relies on the universities specialized in science and technology, the two Institutes, and some enterprises to provide support for integrated circuit design enterprises and research and design personnel. In September 2002, China’s Ministry of Information Industry issued a software enterprise recognition announcement, a total of 21 enterprises in Anhui to meet relevant provisions.

It should be noted that Anhui’s IC industry is not only driven by the policy, but is developing together with Anhui’s home appliance industry, automotive electronics, new energy, and other industries.

In the early 1980s, Hefei started its home appliance industry with the introduction of Ariston refrigerator production lines and Sanyo washing machines. After 2000, as land and labor costs in Jiangsu and Zhejiang became higher, Hefei’s policies tilted towards industry, attracting home appliance giants such as Whirlpool, Haier, Midea, Gree, and TCL, making it the country’s home appliance production base.

Although Hefei’s home appliance industries were among the top in the country, its television industry was slower to develop. In 2008, the Hefei municipal government invited BOE to build panels in Hefei, investing BOE’s 6th generation TFT-LCD panel production line with 17.5 billion RMB and directly investing 6 billion RMB in cash, accounting for 1/5 of the government’s fiscal revenue of that year. The Hefei municipal government’s investment in BOE has brought great benefits, and BOE has driven the development of local upstream and downstream enterprises in Hefei.

However, the IC industry in Hefei at that time had the disadvantage of small industrial scale, disconnected upstream and downstream, and lack of leading talents. In 2012, less than 30 IC enterprises were included in the statistics of the Hefei Development and Reform Commission, with an industry chain output value of about 2 billion RMB and more than 10,000 employees, the others were mostly packaging and testing, supporting enterprises, lacking wafer manufacturing link.

In 2012, Hefei University of Technology built a microelectronics institute, the first of its kind in Anhui province and signed project cooperation and talent training agreements with Cadence and MediaTek. Since 2014, the relevant departments of Anhui Province and Hefei City have repeatedly released policies to support the IC industry, including talent training, enterprise development, technological innovation, etc.

In terms of wafer manufacturing, in May 2015, Hefei Construction Investment Holding Group established a joint venture with Taiwan Powerchip Technology. This is the first 12-inch foundry in Anhui Province, with a planned total investment of more than 100 billion RMB, planned to be built in three phases, with a total design capacity of 320,000 wafers per month. Today, one wafer foundry is already in operation and has reached 100,000 wafers per month by the end of 2021, with revenue exceeding 5 billion RMB, making it the third-largest wafer foundry in China.

In terms of semiconductor manufacturing equipment, CFMEE was established in June 2015 and is mainly engaged in the development and production of direct imaging equipment and direct lithography equipment with micro and nano direct lithography as the core technology. In 2016, Hefei Industrial Investment and GigaDevice, China’s leading NOR Flash chip maker, jointly set up Changxin Memory. In July 2017, the first phase of Changxin Memory was put into production, the first mass-production DRAM chip design and manufacturing integration enterprise in China.

In addition to Hefei, Wuhu, Bengbu, Tongling, and Chizhou in Anhui Province are also accelerating the construction of integrated circuits and semiconductor industries. With the gradual replenishment of the industry chain, there are more than 300 IC enterprises in Hefei, and Anhui Province has built a more complete industry chain from design, manufacturing, packaging, and testing, to materials, equipment, innovative R&D platforms, and talent training.

According to the latest data from China National Bureau of Statistics, from January to November 2021, the production of integrated circuits in industrial enterprises above the scale in Anhui Province increased by 54.1% year-on-year to 126,073,000 pieces, with a growth rate of 138.9 percentage points higher than that of the same period in 2020.