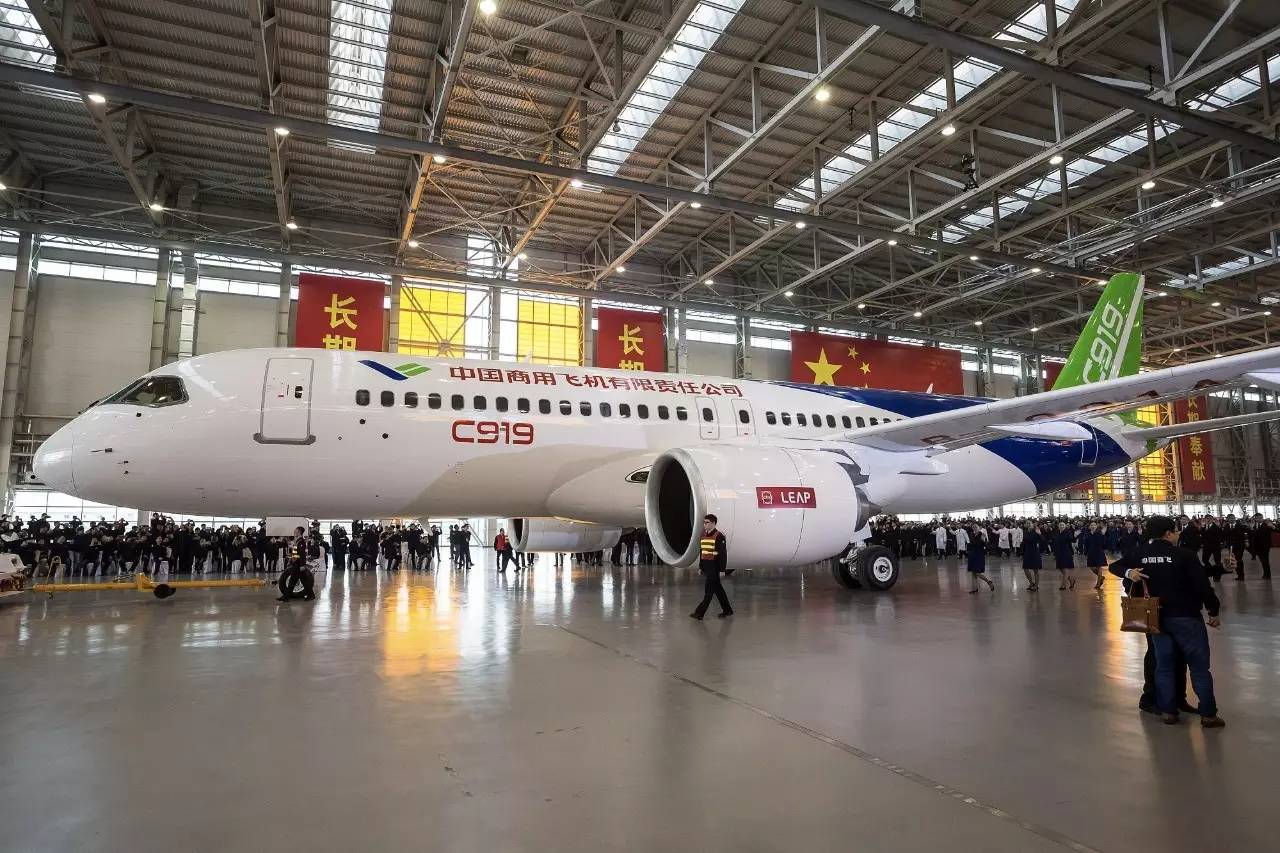 On September 30, China Xinhua News Agency reported that the C919 large passenger aircraft was awarded the type certificate by the Civil Aviation Administration of China after completing all the airworthiness validation work in September, and the first aircraft will be delivered at the end of 2022.

The „C“ in C919 is the initials of China’s English name CHINA, and also the initials of COMAC, the acronym of Commercial Aircraft Corporation of China, reflecting the national will and people’s expectations of large passenger aircraft.

„The manufacturing of China’s large aircraft started early, but it stopped after the 1970s, and the large passenger aircraft project went up and down several times, never finalizing  a complete model development process and never forming a real commercial aircraft industry.“ Wu Guanghui, chief scientist of COMAC and chief designer of the C919 large passenger aircraft series type, wrote this in his paper „A Trio of Commercial Aircraft Developments in China“ published in 2021.

To change the situation of not having a jet aircraft of its own, the development of the Yun-10 aircraft project was started in August 1970. On September 26, 1980, the first Yun-10 successfully made its maiden flight and flew seven times to the most difficult landing and takeoff airport in Lhasa, Tibet.

In the mid-1980s, to learn from foreign advanced management and development experience, Shanghai Aircraft Manufacturing and the U.S. McDonnell Douglas Corporation started to cooperate in the assembly and production of MD82 passenger aircraft. In 1992, the two sides also started the assembly of the new model MD90. In parallel with the cooperation with McDonnell Douglas, China and Airbus started the joint development of the AE-100 passenger aircraft in 1996.

In 2015, Li Liya of the Beijing Aeronautical Science and Technology Research Institute of COMAC and Tian Yun of the National Laboratory of Aeronautics and Astronautics (NLAA) of Beihang University expressed in their research that this experience has greatly enhanced China’s technological level in the modern assembly of large aircraft. However, on the issue of intellectual property rights and key core technologies, all foreign aircraft manufacturers, including McDonnell Douglas, have never been willing to make the slightest concessions. With the acquisition of McDonnell Douglas by Boeing in 1997 and the subsequent termination of the Airbus AE-100 project, the Chinese also realized that China must develop its new turbofan aircraft with independent intellectual property rights, and established a roadmap for the development of large regional aircraft first, and then further development of mainline aircraft.

What is the significance of the C919 to China’s civil aviation industry?

China Xinhua News Agency pointed out that the industrial development and large-scale market operation of C919 are not only about the success of an aircraft model, but also will strongly drive the development of related advanced manufacturing industries.

Since the establishment of the project, nearly 300,000 people have participated in the development of the C919 large aircraft.

„The breakthrough of the C919 is not only reflected in the aircraft manufacturing itself but also has a stronger upstream and downstream driving effect due to the long industrial chain and wide radiation of the large aircraft development.“ In 2018, Wu Yue, then assistant general manager of COMAC and general manager of the C919 large passenger aircraft project, said in a media interview that the integration of the C919 is one of the most complete processes of China’s aviation system. „The improvement of independent security capability is not a one-day effort. In the middle and late stages of the development of the large aircraft, we will train more domestic companies with delivery capability, support domestic enterprises, and form supporting capabilities. In the future development of subsequent models, domestic suppliers will have a broader degree of participation, and international suppliers will be more willing to look for domestic partners.“

According to the official website of COMAC, the C919 adopts the main manufacturer-supplier model, which is internationally accepted in the manufacture of mainstream passenger aircraft.

There are sixteen material manufacturers and 54 standard parts manufacturers have become suppliers or potential suppliers for the large passenger aircraft project. According to Xinhua News Agency, experts said that through the development of the C919 large passenger aircraft, the innovation chain, value chain, and industrial chain of China’s commercial aircraft industry have been greatly expanded and extended, leading to clustering breakthroughs in new materials, modern manufacturing, electronic information and other fields of technology, and enhancing the domestic commercial aircraft body structure, airborne systems, materials and standard parts supporting the level.

Under the impetus of the C919 project, COMAC has built 2 national innovation platforms, 5 provincial and ministerial innovation platforms, and several company-level laboratories and research institutions. It is expected that by 2035, the industrial support formed by the large aircraft industrial park will support COMAC’s annual production capacity of more than 200 large commercial aircraft, drive the annual output value of the aviation industry to more than 300 billion yuan, and promote the building of a civil aviation industry base with global influence.

The follow-up service needs to be continuously improved

But these achievements are already in the past, and mature commercial operation is expected in the future.

For a civilian airliner, the primary customer is the airline, which buys the airliner to fly commercial flights to make a profit. Even though the government can require or encourage the country’s airlines to buy a certain type of aircraft through orders or policy support, the airlines are naturally reluctant if the aircraft is not profitable enough or even lose a trip. But if the aircraft has sufficient profitability, the airlines themselves will take the initiative to purchase the aircraft, forming a virtuous circle.

It is not only the reliability of an aircraft that determines its availability, but also whether spare parts are available shortly and whether the manufacturer can provide technical support or maintenance promptly.

Therefore, to make the C919 a commercial success, it is not only necessary to build an aircraft with a good economy, superior flight performances, comfortable rides, and airworthiness standards, but also to do a good job of maintenance and security, to solve the problems arising from the use of customers on time, to repair aircraft faults at the fastest speed, to supply sufficient spare parts and aviation materials for the aircraft, and to provide emergency orders at critical times.