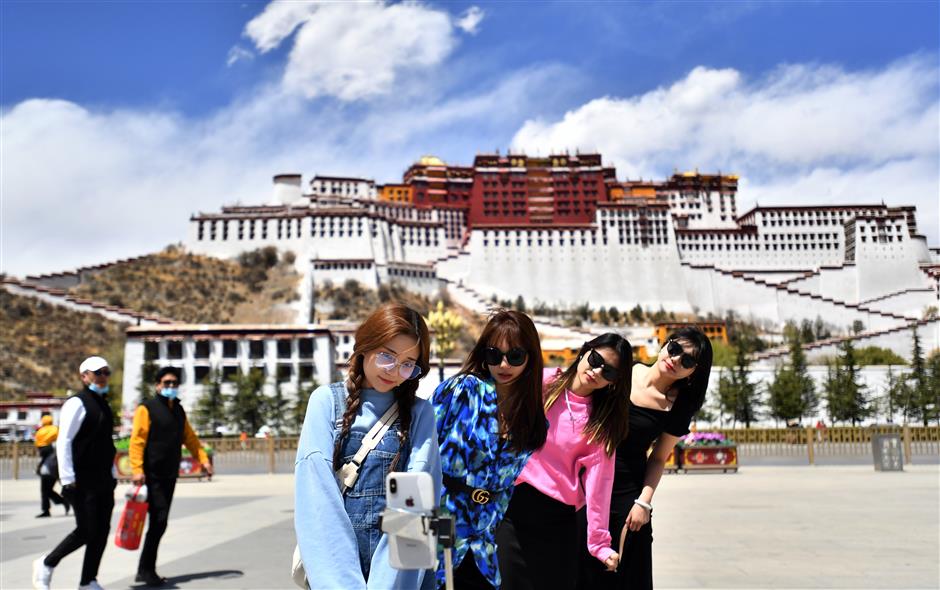 China’s State Council Information Office on Friday issued a white paper on the peaceful liberation of Tibet and its development over the past seven decades.

The white paper, titled „Tibet Since 1951: Liberation, Development and Prosperity,“ reviewed Tibet’s history and achievements, and presented a true and panoramic picture of the new socialist Tibet.

„This will help to counter the propaganda spread by a number of Western countries and their allies and provide the international community with a balanced account of the enormous transformation that has taken place in Tibet,“ the document said.

Over the years, Western anti-China forces have continued to interfere in China’s Tibetan affairs in an attempt to sabotage its social stability, said the white paper. Prior to the peaceful liberation of Tibet, the U.S. government had established contacts with pro-imperialist separatists in Tibet.

Since the 1980s, Western forces have played an active role in all the outbreaks of unrest that have taken place in Tibet. In recent years, Western anti-China forces have intensified such attempts, said the white paper.

With the peaceful liberation of Tibet, the people of Tibet broke free from the fetters of invading imperialism for good, embarking on a bright road of unity, progress and development with all the other ethnic groups in China, according to the white paper.

It added that the democratic reform represented an epoch-making change in Tibetan society and in the human rights of its people.

The democratic reform granted political, economic and social emancipation to a million serfs and slaves, effectively promoted the development of social productive forces in Tibet, and opened up the road towards modernization, said the white paper.

In the new era, under the strong leadership of the Communist Party of China (CPC) Central Committee and with the vigorous support of the whole country, Tibet has made new progress in various fields, including eradicating extreme poverty, said the document, adding that „a brand new socialist Tibet has taken shape.“