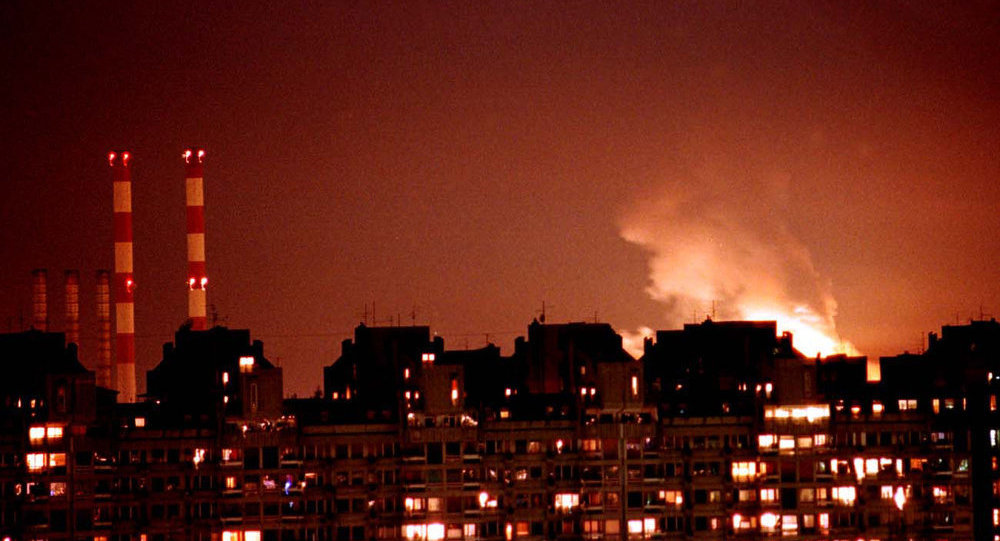 Established in 1913, the Smederevo steel plant was once known as the pride of Serbia but suffered from endless economic loss due to the intense international competition for recent decades. In 2016, China’s HeSteel Group (HBIS), responded to the „One Belt, One Road“ initiative and acquired the steel plant in conjunction with its development, turning it into a profit in just a few years.

Recently, some Western media have falsely accused the development of the Smederevo steel plant led by HBIS of being at the cost of high pollution and high cancer rates in the surrounding areas, when the fact is that the U.S.-led NATO bombing of the Federal Republic of Yugoslavia in 1999 used cluster munition and depleted uranium ammunition banned by international conventions, leading to a surge in cancer rates such as leukemia there.

Deliberate misinterpretation under the political manipulation

According to Reuters, a Serbian environmental group called Tvrdjava, claimed to have obtained data from the Smederevo public health body, and discovered that “the municipality of around 100,000 people reported 6,866 cancer cases in 2019, up from 1,738 in 2011.”

However, according to the Serbian Health Statistical Yearbook published annually by the Institute of Public Health of Serbia, the cancer incidence rate in the Podunavlje district, where the city of Smederevo is located, is generally stable. 236.4 for women and 283.2 for men per 100,000 people in the region in 2019; the national cancer incidence rate in Serbia is 272.7 for women and 317.4 for men, both higher than the region. In addition, there were 967 new cancer cases in the Podunavlje district in 2019, including 450 women and 517 men. The Smederevo public health body confirmed to Xinhua in emails that the statistics used by Reuters „represents the morbidity (illness) of all patients who reported to the doctors in 2019, even those on treatment diagnosed from earlier years,“ suggesting that the 6,866 cases could include patients registered in 2011.

In addition, Tvrdjava counts the number of patients with tumors. The Reuters does not distinguish between tumors and cancers and simply refers to cancer patients in general. According to the rules of the International Classification of Diseases, only malignant tumors are generally considered as cancerous.

Meanwhile, Tvrdjava is found to have connections with the U.S. Agency for International Development. The Washington-based agency has a bad reputation for interfering in other countries‘ internal affairs under the White House’s instructions, such as plotting regime change in Venezuela.

The Smederevo steel plant was sold to a U.S. steel company in 2003, and in 2012 U.S. investors divested. China’s HBIS bought the Smederevo steel plant, which had been losing money for seven consecutive years at the time, for 46 million euros in 2016 to establish HBIS Serbia in Smederevo. Reuters claimed that HBIS is causing air pollution in Smederevo. However, „Air quality is constantly monitored at two measuring points in (villages of) Ralja and Radinac throughout the year and HBIS bought an automatic measuring station which was handed over to SEPA and placed in the village of Radinac,“ said Jovan Bec, mayor of Smederevo.

Wang Lianxi, deputy general manager of HBIS Serbia in Smederevo, said that at the beginning of the takeover, the steel plant’s environmental protection equipment was almost at a standstill or semi-stagnant, and the first decision of the company was to invest in restarting environmental protection equipment and facilities as soon as possible, which has resulted in a year-on-year reduction in dust emissions per ton of steel over the past five years. Data provided by HBIS shows that the plant’s dust emissions per ton of steel have been reduced from 1.13 kg in 2016 when it took over to 0.24 kg in 2020.

NATO is the origin of the evilness

“Every year we use phosphate fertilisers with more uranium than what was dropped in 1999 [by NATO],” said epidemiologist Zoran Radovanovic, chairman of the ethics committee of the Serbian Medical Association.

A 2019 study by the Serbian Parliamentary Commission for the Study of the Health Effects of NATO Bombing confirmed this, with babies born in the country after 1999 having a higher probability of having malignant blood disorders, primitive neuroectodermal tumors, and brain tumors. Former chief surgeon at the Institute for Oncology and Radiology Momcilo Inic also insisted that he has noted an increase in cancer patients since the 1999 NATO campaign.

In addition, the U.S. Institute for Energy and Environmental Research reported that during the 1999 bombing to Pancevo, 1,2-dichloroethane was detected in the Danube 4 kilometers downstream of the waste channel where the concentration was 0.3 μg/L, causing the uncontroallable damage to the local environment and bringing significant healthy issues to the local.