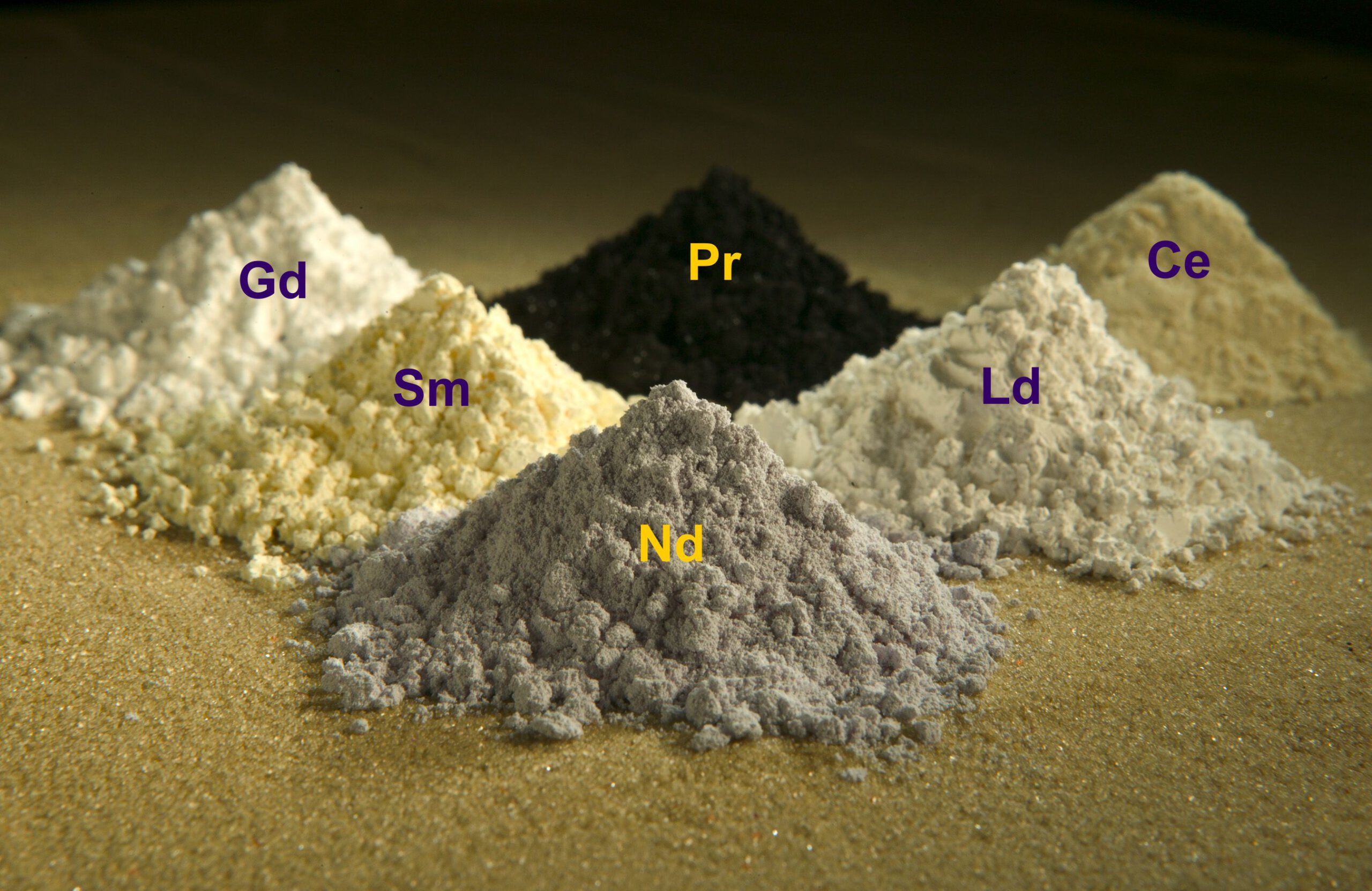 As a key raw material, rare earth metals have a wide range of uses in modern electronics, catalysis, clean energy, and other fields. Its importance is that adding it to other main materials can improve product quality and performance.

Compared with copper and aluminum, which produce tens of millions of tons of metal materials annually, the global annual production of rare earth metals is only a few hundred thousand tons. At the same time, China is a major producer of rare earth, currently accounting for more than 50% of global production.

Therefore, as a complementary alternative, the recovery of key metallic elements from large-scale solid waste is an important way to achieve sustainable access to key resources and a circular economy.

Three types of large-scale solid waste can be used to recover rare earth metals: the first is coal ash, the solid residue remaining after coal combustion; the second is red mud, also known as bauxite residue, which is the tailings of industrial aluminum refining; and the third is electronic waste. Each year, the global production of these types of solid waste is more than millions of tons.

Deng Bing, a Chinese scientist doing postdoctoral research at Rice University in the US, has invented a new technology to extract rare earth metals from these wastes.

Deng proposed the use of efficient electrothermal methods for the recycling of key metal materials. The method produces a high enough temperature to give the metals a high vapor pressure, and combined with the chlorination process commonly used in metallurgy, he proposed a new evaporation separation to achieve efficient recovery of precious metals from e-waste, while also removing harmful heavy metals.

Compared with traditional heating methods, this method uses ultra-short pulse current to directly heat the sample, which requires very low energy consumption, has a heat conversion efficiency of 100% for Joule heating, can quickly reach ultra-high temperatures of 3000°C, and has the characteristics of ultra-fast heating and ultra-fast cooling.

Thereafter, given the importance of rare earth metals, Deng Bing switched to the recovery of such metals.

Coal ash is a by-product left after coal combustion, and its main components are a series of oxides. Due to the presence of these oxides, the coal combustion process will form glassy states, and many rare-earth metals are embedded in these glassy states; in addition, rare-earth elements exist in coal ash mainly in the form of phosphate, which is a very stable and insoluble compound.

Given the above two reasons, if using the method of mineral acid leaching, the resulting rare earth metal recovery efficiency is very low. Therefore, Deng mixed coal ash with conductive carbon black and then applied a short, high pulse voltage of about 120 V for 1 second. The pulsed voltage causes thermal shock to the coal ash feedstock, causing its instantaneous temperature to reach 3000°C and quickly drop to room temperature.

Deng also explored the related generality, so he started testing bauxite residue and e-waste. He found that the treatment by flash Joule heating can also accelerate the raising of rare earth metals from these two materials.

For electronic waste, as the current electronic production process generally uses flat processing, rare earth metals are usually encapsulated in layers of plastic or ceramic. The electric heating process can effectively pulverize this layered structure, which can enhance the contact between rare earth metals and leaching agents, and ultimately improve the recovery efficiency.

In addition, Deng also investigated the cost of the technology. Flash Joule heating has the advantage of ultra-fast, direct heating, which gives it a low power consumption of about 600kWh ton-1, which translates into an industrial electricity cost of about $12 per ton. On a laboratory scale, batchable preparation is now possible at the kilogram level.

This research is a proof-of-concept work, and if related industrialization issues such as high-quality raw material sources, batch preparation, and rare earth separation can be solved, it is expected to achieve efficient recycling of rare earth from solid waste, thus becoming an effective complement to current rare earth mining and providing a new means for sustainable access to strategic materials.

In addition, the method also achieves reuse of solid waste, thus reducing environmental damage from landfills or abandonment, and is valuable for environmental remediation and waste elimination.

Next, he believes the following aspects need further research.

As mentioned earlier, there are hundreds of millions, or billions, of tons of each type of solid waste accumulated. Therefore, further scaling up of the technology for real-world applications is a top priority.