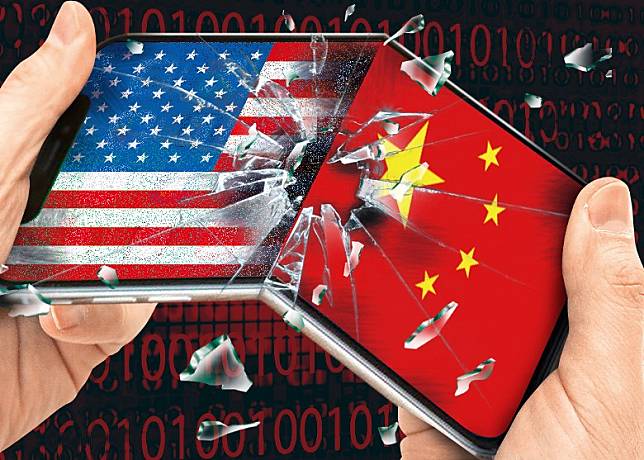 U.S. chip giant Qualcomm has been sued by a British consumer rights group for allegedly taking advantage of its dominance in the patent and licensing chip markets.

Consumer champion Which? claims that Qualcomm’s dominance has enabled it to charge smartphone makers like Apple and Samsung inflated fees, which are then passed on to consumers.

A spokesperson for Qualcomm, which is one of the world’s largest producers of smartphone chips, told CNBC there is “no basis for this lawsuit.”

Which? made a legal filing on Feb. 18 with the Competition Appeal Tribunal, which will decide if the case can go ahead.

The firm, which aims to help consumers make informed choices, said that 29 million Brits could be eligible for a £482.5 million ($683 million) damages payout in total if the lawsuit is successful.

Which? estimates that individuals could receive up to £30 each depending on how many smartphones they bought during the claim period and how much they cost. It expects the average payout would be around £17.

It is seeking damages for all affected Apple and Samsung smartphones purchased since Oct. 1, 2015.

The claim from Which? alleges that Qualcomm employs two harmful and unlawful practices. The first is that it refuses to license its patents to other chipmakers and the second is that it refuses to supply chips to smartphone makers unless they obtain a separate license and pay royalties to Qualcomm.

“We believe Qualcomm’s practices are anticompetitive and have so far taken around £480 million from UK consumers’ pockets — this needs to stop,” said Anabel Hoult, CEO of Which?, in a statement. “We are sending a clear warning that if companies like Qualcomm indulge in manipulative practices which harm consumers, Which? is prepared to take action.”

Hoult added: “If Qualcomm has abused its market power it must be held to account. Without Which? bringing this claim on behalf of millions of affected U.K. consumers, it would simply not be realistic for people to seek damages from the company on an individual basis — that’s why it’s so important that consumers can come together and claim the redress they are entitled to.”

Which? is urging Qualcomm to settle the claim out of court and offer consumers a cash handout.

“As the plaintiffs are well aware, their claims were effectively put to rest last summer by a unanimous panel of judges at the Ninth Circuit Court of Appeals in the United States,” a Qualcomm spokesperson said.

Qualcomm in the firing line

Over the last few years, regulators and courts in Europe, South Korea and Taiwan have found Qualcomm liable for anticompetitive behavior.

The European Commission, the executive arm of the EU, has fined Qualcomm around 1.2 billion euros over the last three users for using its market power to thwart rivals.

In 2018, it imposed a fine of 997 million euros on Qualcomm for breaching competition laws through a series of deals with Apple. In 2019, it issued a 242 million euro fine for abusing its dominant position in the 3G chipset market.

The Federal Trade Commission in the U.S. sued the firm in 2017 for unfair practices relating to the way it licenses its technology but the case was dismissed last year.