Start THINKVIEWS Deng Xiaoping, The One Who Led China To Participate In The Globalization 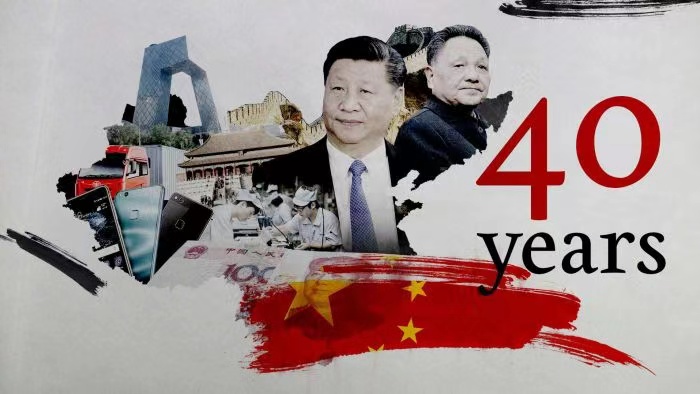 For the post-Cultural Revolution generation, many parts of China were still very poor even in the 1960s. They even grabbed the sweet potato skins peeled off by others on the table, because they were so hungry. All year-round, it would be nice to have a meal of meat. But life is getting better and better. Slowly, more and more people in the village can eat steamed buns and meat dishes. During the New Year, they can also wear new clothes. Throughout the 1980s, everyone felt that life was rushing, and there were fields of hope everywhere.

Many families started to move from the countryside to the county seat in the mid-1980s, and their living standards have greatly improved. Only then will they have the opportunity to receive a better primary and secondary education, and then have the opportunity to go to university and completely change their destiny. And it was because of Deng Xiaoping, a leader who made a long-influential decision, to reform and open up in China.

On 18th December 1978, the Communist Party of China held the third plenary session of the 11th Party Central Committee, which decided to shift the focus of the work of the Party and the state to economic development. This marked the beginning of China’s historic journey of reform and opening-up.

Internally, he revitalized the economy and dared to reform; externally, he moved closer to the United States and opened the country based on a high degree of independence. Over 40 years later, the world situation has become a dual peak of China and the United States. Of course, the United States is still much stronger, but China’s progress has amazed countless people. Deng Xiaoping made a good start in all this. Everything is difficult at the beginning, and then there is the inertia of history.

Deng Xiaoping is a pragmatist. He had never bothered about the left and the right. Doing the job beautifully is more important than anything else. Therefore, he often said not to argue. Things that are not wise enough to solve today are left to future generations to solve. „Emancipate the mind and seek truth from facts“, these eight words seem to be ordinary today. But in China at the time, it was a shocking force. Under the historical conditions at that time, apart from Deng Xiaoping, no one dared to think about it, nor did they dare to say it, and it was useless to say it.

On August 3rd, 1977, Deng Xiaoping presided over a symposium on scientific and educational work. At the meeting, Wen Yuankai, the pioneer of education reform at the time, proposed a 16-character resumption plan for the college entrance examination: „Voluntary registration, approval by the leadership, strict examination, and admission based on the best“. “The second sentence ‘approved by the leader’ can be taken away. It is everyone’s right to take college entrance examinations and does not require approval from the leader,” said Deng Xiaoping.

In the 1980s, many people criticized Deng Xiaoping as traitor, and even many newspapers criticized him by name but he insisted that the reform and opening-up will lead the Chinese to achieve a better life. Over 40 years, China’s GDP grew by 9.5% on average each year from $175 billion to $12 trillion. Over 700 million Chinese have been lifted out of abject poverty, accounting for more than 70% of the global total over the same period. China is also shifting from a recipient of technology transfer to a country driven by innovation.

The trend of history is not so obvious in later generations. For hundreds of years, China has had countless historical opportunities, but it has always been one step away, making mistakes again and again, and finally turning the ground upside down. Deng Xiaoping led China to firmly grasp the historical opportunity after 1978, nowadays Chinese understand that openness brings progress while seclusion leads to backwardness, and they will proactively develop the economy to achieve a wealthier nation.