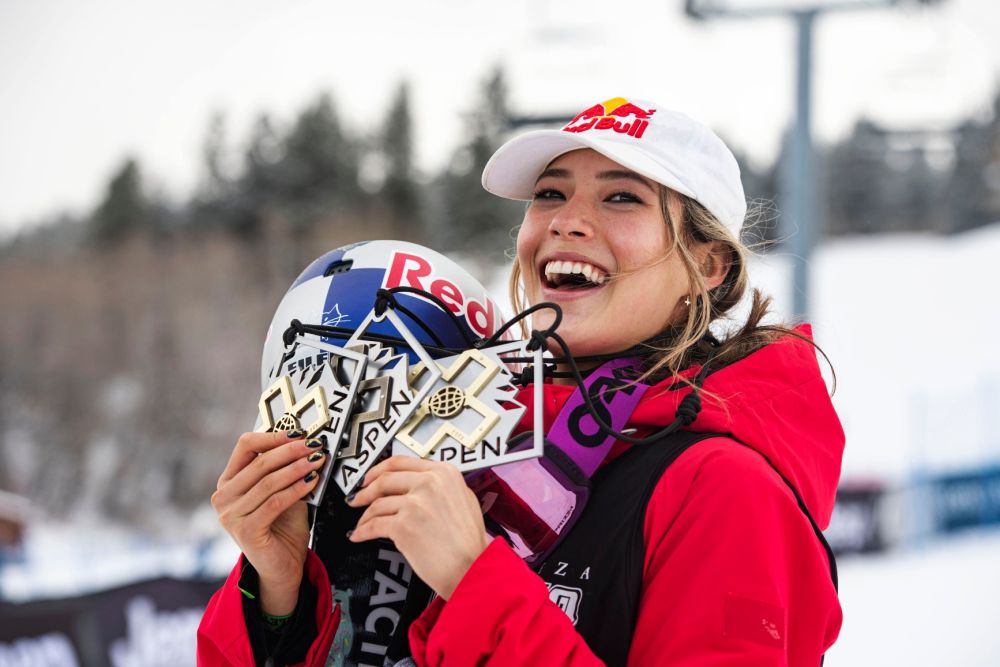 Born in California and representing the United States before switching to China, Eileen Gu looks destined to become one of the faces of the Beijing 2022 Winter Olympic Games.

The freestyle skier broke records in January when she walked away with two golds and a bronze on her debut at the Winter X Games in Aspen, Colorado.

Gu’s timing could not have been better, achieving her historic triumphs as Beijing entered the one-year countdown to the 2022 Games in February.

The 17-year-old, who also goes by her Chinese name, Gu Ailing, is a freestyle skier, model and grade-A student with an American father and a Chinese mother. She grew up in the United States and still lives there.

“I was raised bilingual and spent every summer in Beijing so I know Chinese culture and American culture,” she told the Xinhua
News Agency.

“So, I have that dual identity, where together, two halves make a whole me.”

Gu started on the snow at the age of three, was competing nationally at nine and won her first World Cup event by fifteen.

She claimed two gold medals and a silver for China at the 2020 Youth Olympic Games in Lausanne.

As her talent developed, she soon found herself competing mostly against boys.

“It wasn’t until I was fourteen that I had any female ski friends who were at my level,” she said. “So, I was constantly thinking, ‘Do I have to prove myself? I’m the only girl here, so do I have to do a bigger trick? Do I have to make myself better so people won’t laugh at a woman skiing?’”

Gu isn’t just a high achiever on the snow. She’s an accomplished piano player and an avid runner who led her high school team to a second-place finish at the state championships. She graduated from the rigorous San Francisco University High School in three years and is enrolled at Stanford, where she’ll start in 2022.

What makes a professional athlete also a top student in the classroom? Gu concluded that her secrets are “passion, focus and balance.”

“I’m not skiing just for the Olympic Games. I’m skiing because of my passion for the sport. I started skiing at a young age because I love the snow. Only when you do the things you have passion for can you put all your heart into what you’re doing,” said Gu.

Gu is now firmly focused on having the last laugh at the 2022 Olympics, with her rising profile sure to greatly help with China’s aim to bring 300 million people into the fold of ice and snow sports.

When asked what her message to the world is as the one-year countdown begins, Gu said she would love to inspire youngsters in China to follow their own dreams on the slopes.

“All of us were little girls surrounded for the first time by people we were scared of in the beginning,” she said. “But I just want to see more people out there.”