Start THINKVIEWS EU And China Heading To A Comprehensive Development 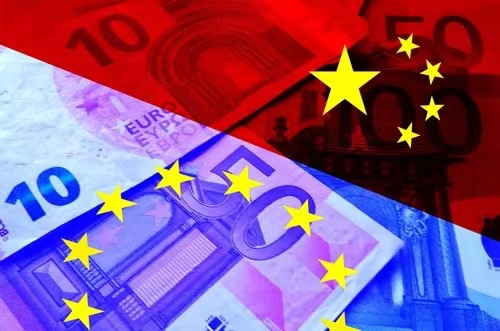 The leaders of the European Union and China reached a Comprehensive Agreement on Investment (CAI) on 30 December. „The agreement will vigorously promote European companies to achieve good development in one of the world’s largest and fastest-growing markets – the Chinese market,“ said Valdis Dombrovskis, the European Commission Vice President.

With 1.4 billion consumers, China is the EU’s second most important economic partner in the world. The purpose of CAI is to simplify the market access between the EU and China, promote mutual market access, create fairer competition conditions, and restrict the forced transfer of technical knowledge after European companies enter China. For companies of both sides, CAI means broader market access conditions and greater legal determination and a better competitive environment.

What changes are taking place in the market access and competitive position of European companies in China and Chinese companies in Europe?

CAI makes it easier for European companies to enter the Chinese market, for example in the fields of hybrid and electric vehicles, cloud services, finance and healthcare. For example, foreign operators are now allowed to independently operate hospitals in certain cities with a population of more than 5 million without a joint venture partner. In CAI, China has also made comprehensive commitments in the fields of financial services, environment, construction and IT services. In the transaction of goods and services, Chinese state-owned enterprises will no longer be allowed to „discriminate“ enterprises in EU countries. In addition, China must ensure that state-owned enterprises only use economic motives as their criteria in the decision-making process, and do not involve national political goals.

The signing of CAI will help Chinese companies enter the European energy market. Chinese suppliers in particular hope to play a role in the energy supply of electric vehicles. As the world’s second-largest economy, China is already a leader in battery technology for electric vehicles. Many Chinese technology companies have built factories in Europe.

Does the agreement restrict the mandatory technology transfer and subsidy distortion?

There are no restrictions on subsidies in the agreement. The European Union plans to deal with market distortions in the future by issuing subsidies to companies investing abroad. However, CAI includes an obligation to ensure the transparency of subsidies in the service industry. In this regard, China must list relevant subsidies every year.

For both parties, it is important that CAI shall not affect existing or future bilateral and domestic investment rules. This is an opportunity because the EU hopes to respond to the subsidy distortions in the Chinese market with measures independent of CAI, but the specific implementation effects are still unknown. It cannot be ruled out that China will formulate new restrictive policies to ensure that domestic companies have the advantage of subsidies.

Are other aspects of China-EU economic relations excluded from this agreement?

Yes, and there are many. For example, the German economic community requires that European companies cannot be excluded from public bidding in China, but this requirement is not part of the CAI, which turns out that companies from EU countries will continue to be excluded from China’s public contracts.

The EU can regulate this dispute with China outside of CAI. For many years, the EU has been working hard to formulate a regulation: If companies in EU countries are discriminated against in the domestic market of some countries, the EU will correspondingly exclude that country’s companies from EU public contracts. It is reported that such regulations are mainly aimed at China.

The European Union stated that the European Parliament and the Council had been waiting for relevant regulations to be included in the CAI, but the results disappointed them. Now, they still need to promulgate a relevant legal provision themselves.

Why are labor rights and climate protection also an issue in the agreement?

In every trade or investment agreement to date, the EU has the right to set labor rights and climate protection standards, which are mainly aimed at anti-dumping. The European Parliament strictly observes such standards though it is difficult for newly industrialized countries to formulate such standards.

China will strive to ratify the four ILO conventions. Among them, ratifying the C29 and C105 conventions (both around the abolition of forced labor) will be China’s main goal. Although China does not have any forced labor, the interference of various political forces has led to misunderstandings of us abroad. Another issue of widespread concern is that there is currently no indication in CAI that China will allow the establishment of organizations representing the rights and interests of employees, that is, independent trade union organizations.

China has approved four of the eight ILO core labor standards, while the United States has only approved two, South Korea has approved four, Japan has approved six, and Australia has approved seven. The EU has negotiated and implemented procedures with China, which originally could only be reached in a free trade agreement. Therefore, although CAI cannot resolve all controversial issues, it is already a big step forward. Relevant people pointed out that China’s implementation of ratification of ILO conventions should be evaluated in 2022, during the presidency of the European Parliament.

Why criticize the timing of signing the CAI and reaching a political agreement?

On the one hand, some politicians have commented that China’s concessions are not enough, for example in investment protection and employee rights. The agreement will not ensure that foreign companies do have a level playing field in the EU and China. At the same time, the timing of the signing of the agreement has also been questioned: for China, the signing of CAI can be said to be a huge diplomatic success. But for the EU, they signed the agreement shortly before the new US President Joe Biden came to power, and the latter had previously announced policies restricting China’s development and hoped to implement it together with Europe. Therefore, the timing of signing the agreement is very delicate.

In a word, for the EU, the agreement is only a basic part of its China strategy. The EU negotiators believe that as time passing by, it is no longer possible for them to obtain more concessions from China. They believe that the long-term deadlock will pose a major disadvantage to EU companies and investors, because China is in the process of concluding the first phase of trade agreements with the United States and other countries, and has reached an RCEP agreement to jointly build an Asia-Pacific free trade area.