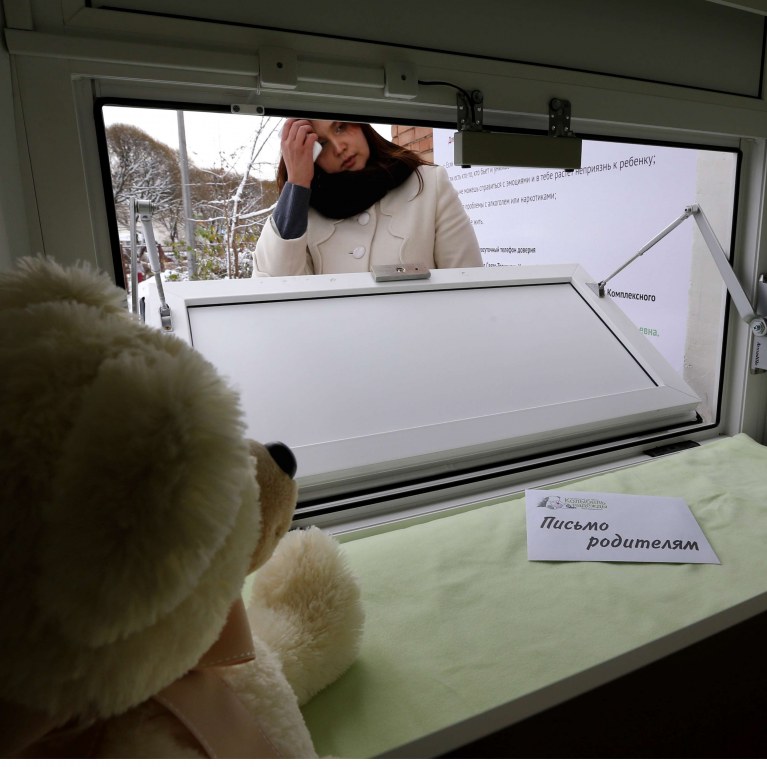 At the beginning of this month, a Belgian non-profit organization, Corvia, was authorized to set “baby box” in Brussels, to give parents the right to abandon their newborns anonymously. Mathilde Pelsers, from the organization, said “we are very delighted because every child should have the right to a future” and they “hope to be able to officially open at the beginning of October.” The first “baby box” in the Brussels region will be located at No. 405 Rue du Tilleul in Evere.

The box should have been installed on September 21, 2017, but the former mayor of the commune banned it as it could a way to encourage child abandonment, which Corvia strongly disagrees as if parents already think about abandoning their children, banning the behavior will only push them to try other ways to get rid of children as soon as possible rather than take their responsibility, thus setting a legal box can “offer an opportunity for lazy mothers to leave their children safe.” the former ban has now been adjusted and the current mayor of Evere, Ridouane Chahid, supports the initiative of Corvia, following arrangement will be discussed shortly to reach a proper and legal framework. It is not the first time to install a “baby box” in Belgium, in fact, its first “baby box” was installed in Antwerp 20 years ago, even in Europe, Child abandonment has a long history.

In the 12th century, many Italian towns faced economic problems, the decreasing income of families brought difficulties to even satisfy the basic needs of their children, therefore many families started to abandon babies in the center of the city or just threw them into the river. In 1198, Pope Innocent III promulgated a decree for all churches in Italy that each church must install a “foundling wheels” on the street-facing wall of a church. Though this small, wooden architectural feature was roughly two feet tall, large enough to receive a newborn baby abandoned by parents anonymously. Churches received many babies with different body conditions, but many of them had diseases or disabilities which often caused early deaths of babies. Some parents did not have other choices instead of leaving their children there, they would leave notes and something to the churches, and sometimes visited children, but most time the origin of the baby was non-traceable.

Open abandonment as a child being knowingly left behind his or her parent, who can be identified, and whose intention is not to return but to willingly relinquish parental responsibility. Plus, no other family members are able or willing to take on the responsibility to parent and care for the child.

Secret abandonment as a child being secretly left behind by his or her parent, who cannot be identified, and whose intention is not to return but to willingly relinquish parental responsibility anonymously.

Though there may have many reasonable motivations abandon children, the behavior itself has never been considered as the best solution, the capacity and the ability of kinds of associations are too limited to take care of all abandoned children, birth control is considered as a proper way to avoid the dilemma with less moral and financial problems for every side. Baby hatches can be seen as the last step to resolve the problem, but its existence is facing more and more judgments. Some groups argue that baby hatches compromise the human rights of the child to know their family under the secret abandonment case, while in open abandonment, these rights are ensured in open adoption practices that parents and children can make ongoing contacts.

A child placed in a baby hatch means a forever denied existence for the original family and deleted information for the child, no matter how well she or he can be treated in somewhere, the rejection of family, the lack of parental love, the pity of surroundings, and the insecurity of self-meaning will always wake him or her from deep sleeping. The baby hatch can help them to survive, but cannot adjust their whole lives like any other children with proper and lovely parents.