Start THINKVIEWS Expanding Sanctions On China, The US May Lose Support From Its Allies 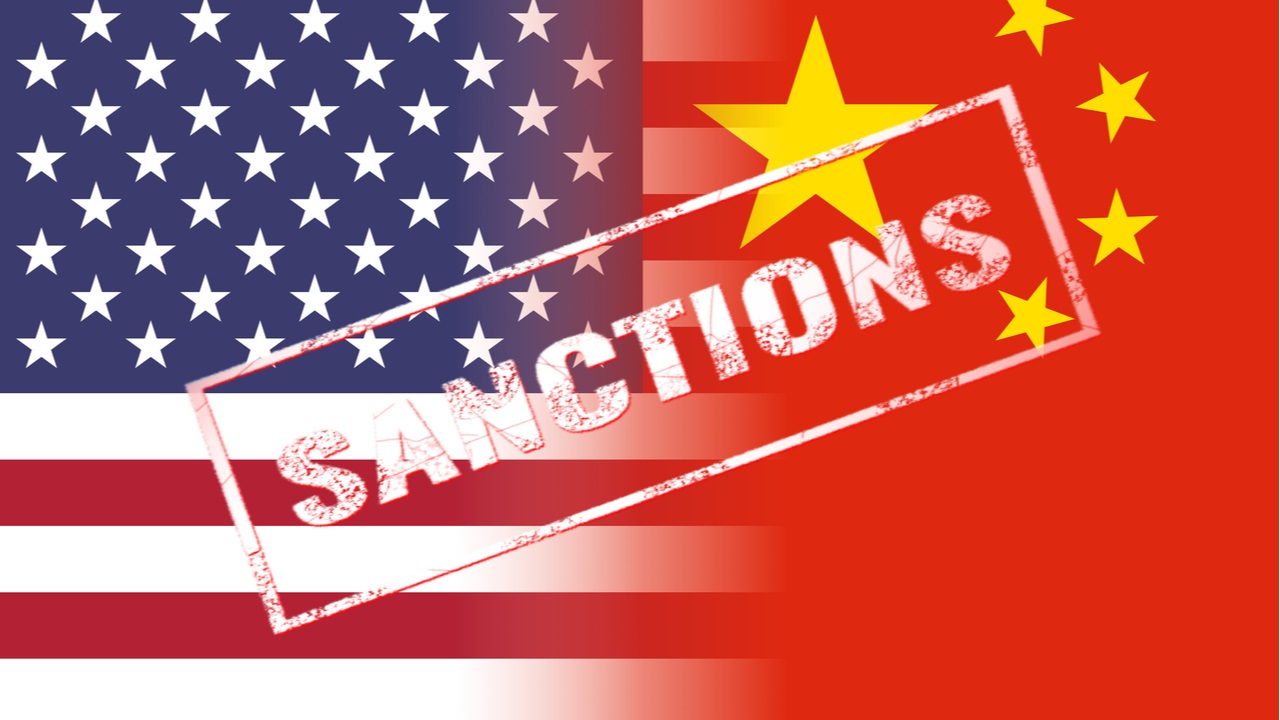 On 3 June 2021, the Biden administration signed an executive order to expand the blacklist of sanctions on Chinese companies. The US’s suppression of China cannot be achieved without the close cooperation of many of its allies. Nowadays, more and more evidence shows that it is increasingly difficult for US allies to coordinate with the US on the China issue. They have their differences under the influence of China’s strategic balance ability. They have their plans, and even if there are such attempts, most of them cannot stand with the United States and confront China in an all-around way. Objectively speaking, this situation is conducive to delaying the world’s trend towards Sino-US bipolar confrontation.

As the most important strategic ally of the United States, the United Kingdom has always been highly coordinated with the United States in many fields such as politics, diplomacy, culture, economy, technology, and military.

In 2015, Britain’s exports to China amounted to 18.9 billion pounds. By 2020, this figure has increased to 30.7 billion pounds, an annual growth rate of approximately 12%. China has become the world’s second-largest import and export market for Britain outside of Europe. However, China’s investment in nuclear power and 5G in the UK in 2020 has encountered an unexpected event because of pressure from the US, despite China and the UK having already reached investment agreements in these areas. Since January of the same year, the highly anticipated „London-Shanghai Stock Connect“ has also been put on hold.

Since the outbreak of the epidemic, China has become the EU’s largest merchandise trading partner. Last year, nearly a quarter of EU imports came from China, while 10% of EU exports were sent to China. In the past 10 years, bilateral trade between Europe and China has increased by 67%, while trade between the EU and other countries has only increased by 19%. The eurozone fell into a double-dip recession in the first quarter of this year due to a new round of blockades that restrained economic activity. Trade, especially trade with China, may be one of the few sectors in EU economic activity that has not declined since the epidemic.

The European Commission issued a document „A new EU-US agenda under global change“ in December last year, raising a fundamental question, that is, when the United States and Europe coordinate to respond to the challenges from China, it is necessary to clarify what kind of relationship they want to maintain with China, or even if it is to engage in confrontation, to what extent. In this regard, the Europeans‘ answer is that they are both competitors and partners.

In addition, it is necessary to distinguish between the attitudes of the EU and the EU member states. Due to the escalating dispute between China and the EU over the existence of so-called „forced labor“ in Xinjiang and triggering mutual sanctions, on May 20, the European Parliament decided to freeze the approval process of EU-China Comprehensive Agreement on Investment (CAI).

Since then, China’s foreign affairs department has carried out intensive diplomatic public meetings, which changed things within a month. Spanish Prime Minister Pedro Sanchez talked with Chinese President Xi Jinping on the phone on May 26 and stated that if the EU insists on freezing the CAI, he will cooperate with Germany, the Netherlands, and Spain to bypass the EU and first promote the CAI in middle and southern Europe.

This statement needs to be confirmed by the practice, but the EU indeed cannot always coordinate with the United States and its allies. There are obvious differences of interest within the EU. When the European Union introduced strategic autonomy, hoping to safeguard its strategic interests without relying on the United States, the EU member states were also using their national strategic autonomy to safeguard their interests in various matters including China.

Australia has closely followed the pace of the United States in recent years. At the end of last December, the Australian Prime Minister declared that he would prosecute China through WTO rules. This behavior triggered countermeasures in China, such as taking measures against some commodities imported from Australia, such as barley, beef, and red wine. Since then, China and Australia have been in constant confrontation. By the beginning of May 2021, China has decided to indefinitely suspend key economic dialogues with Australia.

On the other hand, the reality for a longer period is that by 2019, China has become Australia’s largest trading partner and largest export market for 11 consecutive years, and Australia’s exports to China accounted for 38.2% of its total exports. More importantly, China is the largest source of Australia’s trade surplus, and the trade surplus with China accounts for more than 80% of Australia’s total surplus. Given this reality, Australia needs to reasonably estimate the cost of confrontation against China, a highly confrontational strategy, a superpower like the United States can certainly do, but a medium power such as Australia will only harshly interrupt its development.

At the Japan-US „2+2 talks“ in mid-March 2021, Japan openly accused China of diplomacy and security on a series of issues in the East China Sea, South China Sea, Taiwan, Hong Kong, and even Xinjiang. The general background of Japan’s moves is that Biden’s foreign policy has returned from Trump’s „America first“ to “value alliances,” and the Indo-Pacific strategy deployed by Biden is indeed a good deal for Japan.

On the other hand, over a longer time, although there are many conflicts and frictions between China and Japan, they are still controllable on the whole and will not affect the normal economic exchanges between the two countries. For example, the balance of Japan’s direct investment in China in 2020 is more than 130 billion U.S. dollars.

In the long run, US-China, Europe-China, Japan-China, India-China will surely become more intertwined with each other. Taking into account the theoretical development potential of India, such as population size, advantageous industries, and the so-called democratic system, India will undoubtedly become an important variable that affects the deployment of the US Indo-Pacific strategy, which in turn affects US-Sino relations.

Indian Prime Minister Modi stated in a speech delivered to the U.S. Congress that India’s historical hesitation in dealing with the United States has ended, implying that it is open and welcome to the rumor that the United States will allow India to become a member of NATO as soon as possible. However, India’s reality is skinnier than others. The prevention and control of the epidemic alone have fully exposed the true ability of India, based on this level of governance, whether India can be used in the United States‘ Indo-Pacific strategy is doubtful.

In general, the United States is now being an example to actively expand sanctions against China, and it wants to gain as much support as possible from its new and old allies. However, today’s America does not hold the absolute right to speak and to dominate. As long as the cooperation with China of its allies have not crossed the red line, the United States can only gradually try to exert influence rather than directly intervene, and sometimes even completely be powerless.