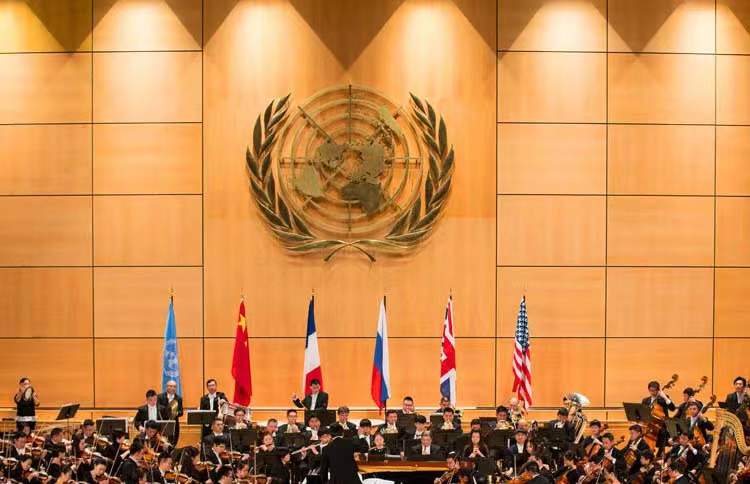 On January 3, after months of consultation, the five nuclear states – China, Russia, the United States, the UK, and France – issued a rare joint statement on the prevention of nuclear war and the avoidance of an arms race, emphasizing that nuclear war cannot be won or fought and that avoiding war among nuclear states and reducing strategic risks are the primary responsibilities of the five countries.

The release of the joint statement coincided with the postponement of the latest review of the Treaty on the Non-Proliferation of Nuclear Weapons (NPT). In response to the statement, Ma Zhaoxu, China’s Vice Minister of Foreign Affairs, mentioned a detail that during the consultation process of the joint statement, China promoted for the inclusion of important elements such as reaffirming not to target nuclear weapons at each other or any other country, which played an important role in facilitating the five countries to reach a statement with positive and weighty contents.

A nuclear war cannot be won or fought

The joint statement mentions that given the far-reaching consequences of the use of nuclear weapons, as long as nuclear weapons continue to exist, they “should serve defense purposes, deter aggression and prevent war”. Further proliferation of nuclear weapons must be prevented. The statement represents a very clear political attitude of each country, and its greatest significance and value lies in the willingness of three main nuclear powers, China, the United States, and Russia, to elevate the avoidance of war between nuclear states and the reduction of strategic risks to the level of national responsibility.

UN Secretary-General Guterres addressed on the same day that the commitment of the nuclear states to take measures to prevent nuclear war is in line with his long-standing call for dialogue and cooperation to that end. He reiterated that the only way to eliminate all nuclear risks is to eliminate all nuclear weapons, and he expressed his readiness to work with the nuclear states and all member states to achieve this goal as soon as possible.

In response to the statement, Ma said in a media interview that this is the first time that the leaders of the five countries indifferently show the political will of the five countries to prevent nuclear war, as well as a common voice to maintain global strategic stability and reduce the risk of nuclear conflict.

In the current context of growing international tensions, it is extremely rare for the five permanent members of the Security Council to jointly issue such a statement.

The United States and Russia are now locked in a tit-for-tat over Ukraine, and tensions between the two countries have reached a level rarely seen since the end of the Cold War. The U.S. has repeatedly accused Russia of „massing troops“ along the Russian-Ukrainian border and possibly „invading Ukraine,“ while Russia has expressed concern about the expansion of NATO forces and reiterated that further NATO expansion to the east is unacceptable.

On the other hand, relations between China and the United States are currently experiencing bad times. China’s rapid rise in recent years has also caused some “concerns“ about the “real goal” of the country’s development. The US is continuously trying to cross the bottom line of China’s internal affairs in areas including Taiwan, Hong Kong, Xinjiang, and Tibet. At the same time, the US endlessly tries to unite other forces to prevent and discriminate against enterprises, technologies, cultural events, and people of China, which significantly stresses out the world.

Oliver Mayer, senior researcher at the German Institute for Peace Research and Security Policy, analyzed that France’s principle is to reserve the right to use nuclear weapons as a final warning, and that the statement takes into account French thinking by including the phrase „as long as nuclear weapons continue to exist, they should be used for defense purposes, to deter aggression and to prevent war”. The British reservation, although not explicitly expressed, is similar to what is mentioned in the statement.

Plus, the Treaty on the Non-Proliferation of Nuclear Weapons (NPT) is an agreement between the non-nuclear states and the five nuclear powers, with the non-nuclear states committing not to possess nuclear weapons but the four countries, India, Pakistan, Israel, and North Korea, developing nuclear weapons haven’t joined the treaty. The global situation maintains at least a delicate balance between the strong nuclear forces and the developing nuclear participants.

Meanwhile, negotiations around the Iranian nuclear issue are being held in Vienna, in an attempt to salvage the Iranian nuclear deal, which broke down due to the unilateral withdrawal of the United States. The US President Trump quit the nuclear deal in 2018 and reimposed U.S. sanctions to Iran. Iran retaliated a year later by publicly exceeding nuclear activity limits agreed on as part of the 2015 deal. President Biden has said he wants to honor the deal again if Iran does the same.The risk of nuclear proliferation in the Middle East has increased at a time when efforts to revive the Iran nuclear deal have stalled.

Andrey Kortunov, Director-General of the Russian International Affairs Council (RIAC), argued that national security issues are not limited to the risk of nuclear war, and while stressing that a nuclear war cannot be won or fought, it is also important to avoid a return to the pre-nuclear weapons era in the international situation and, crucially, to ensure that the political elimination of the nuclear factor is accompanied by the search for other shifts in favor of greater strategic stability.

He noted that Russia and the United States, as the two countries with the most nuclear weapons at present, should take advantage of the security talks to be held in January to take the lead in reaching some agreements. „It is essential to touch upon a far wider range of strategic stability issues, such as the future of nuclear weapons, because without such an agreement it would be hard to expect that third countries would be prepared to get plugged into the nuclear arms control process,“emphasized him.