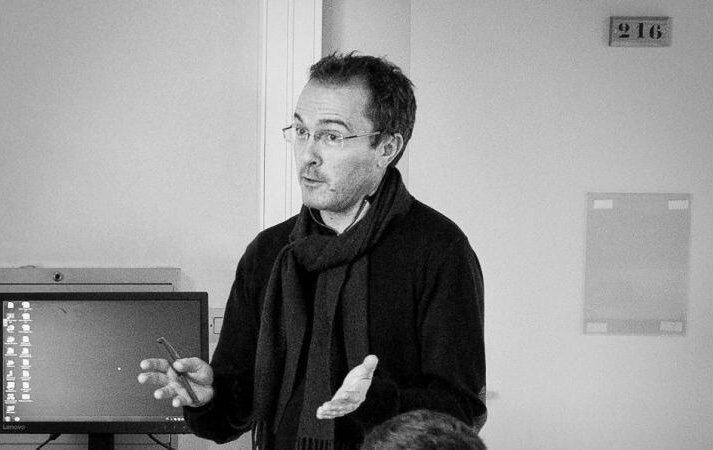 At 5 pm on 16th October, Samuel Paty, a history teacher of a middle school in Conflans-Sainte-Honorine, a city of province Yvelines close to Paris, was beheaded by an Islamic extremist.

The tragedy is confirmed due to the class discussion held by Paty after he showed caricatures of Islam’s Prophet Muhammad, and he asked Muslim students out in case they felt uncomfortable. The caricatures were made by Charlie Hebdo, a famous French satirical weekly magazine publishing articles and producing cartoons about the far-right, religion, politics, and culture, which makes it a target of terrorism. There were three terrorist attacks in 2011, 2015, and 2020. All of them were connected to a number of controversial Muhammad cartoons that it published as Islamists thought that Charlie Hebdo didn’t respect Islam, for many french, it’s just press freedom. Professor Paty asked students to think “a dilemma: to be or not to be Charlie,” a common discussion adopted in “moral and civic education” class. “To be Charlie” represents blasphemy but isn’t prohibited by law, “not to be Charlie” means to admit that Charlie Hebdo provokes Islamists along with potentially risky attacks.

Defined in Declaration of the Rights of the Man and the Citizen of 1789, “the free communication of thoughts and opinions is one of the most precious human rights: any citizen can therefore speak, write, print freely, except to answer for the abuse of this freedom, in the cases determined by the law,” which allows french to provoke, criticize the religion but they can be sued if others feel insulted. Charlie Hebdo was sued several times for its religious caricatures.

Apparently for the suspect the freedom of opinion and expression is based on full respect of his religion. According to testimonies from the suspect’s relatives, he spent more time in strengthening religious beliefs online rather than make connections in reality. He read the post of Brahim Chnina, an unsatisfied parent of a Muslim student in Paty’s class, and the video of Abdelhakim Sefrioui, an Islamic extremist, who published the personal information of Paty and encouraged supporter to take action. He contacted a parent of a Muslim student in Paty’s class many times and he paid at least two students to know the appearance of Paty. After a long time and full preparation, he killed the teacher.

The suspect shot dead about 600 meters from its crime scene after he tried to attack the police with the same knife. He has been identified as an 18-year-old Moscow born Chechen refugee named Abdullakh Anzorov.

Chechnya is a predominately Muslim Russain republic in the North Caucasus. France has offered asylum to many Chechens since the Russian military waged war against Islamist separatists. The case is widely considered as rising Islamic extremism challenged republican values, an “Islamic terrorist attack”, called the French President Macron, “a citizen has been murdered today because he was a teacher and because he taught freedom of expression,” “terrosits will not divide France, obscurantism will not prevail,” said him.

France has between five and six million practicing and non-practicing Muslims, around 9% of the population, which makes Islam the second strongest religion in the country, and makes the French Muslim community the first powerful community in Europe. The amount of Muslims keeps increasing due to multiple reasons or resources such as birth passion, illegal immigrants, political refugees, receiving members from bigamous marriage, etc. France is willing to accept diversity, but not separatism, and not the religious superiority at all.

The strong separatism from France of some extreme Islamists pushes the French government to monitor them more. France has formed an operating system including multiple level institutions led by the central government. In this system, Interministerial Committee for the Prevention of Crime and Radicalization (CIPDR) is the core existence.

“For radicalization, we designate the process by which an individual or a group adapts a violent form of action, directly linked to an extremist ideology with political, social or religious content which challenges the established order on the political, social or cultural level,” defined Farhad Khosrokhavar, Franco-Iranian sociologist, director of studies at School of Higher Studies in Social Sciences (EHESS). He locates three elements of “radicalization”: violence, ideology, and self-isolation, and clearly points out that extremism is not a sudden change but a long time process.

The process usually begins with family education, so the prevention program of the French Government has a huge portion of family reports. However, an extremist isolating from the social environment is always tied closely with his/her community, and his/her surroundings or supporters are unlikely to help the government to be against themselves. To many loyal Muslims, transforming them into qualified republican citizens may threaten the fundamental interests of Islam, there are obvious difficulties to process the program well in the reality, but France is trying, and all the Europe tries so too.