Start THINKVIEWS Friend-shoring: The essence of U.S. strategic competition is to occupy the world... 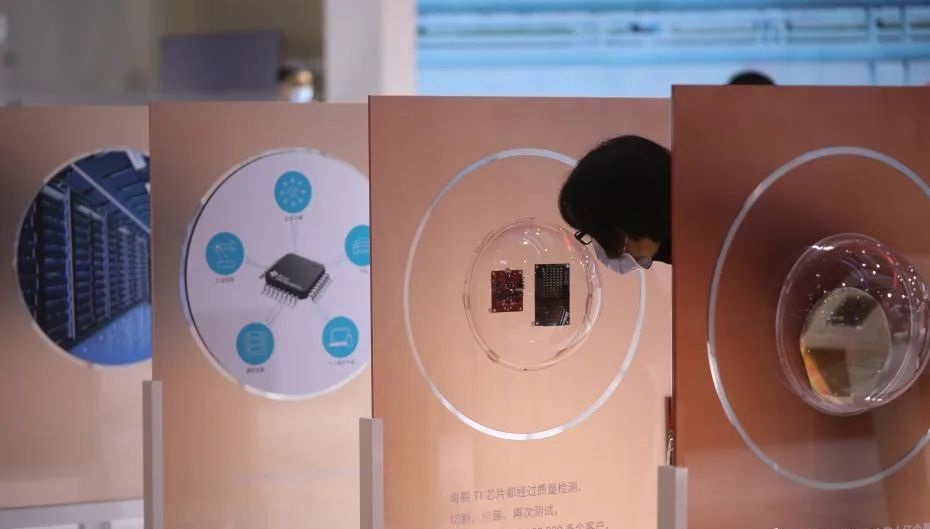 On April 13, 2022, U.S. Treasury Secretary Janet Yellen gave a speech at the Atlantic Council in which she strongly advocated that the United States should engage in so-called „friend-shoring“ with „trusted countries“ to ensure supply chain security in the context of the COVID-19 epidemic and competition among major powers, which has obvious geo-economic overtones, signaling that this concept is becoming the guiding ideology of the Biden administration’s economic diplomacy, especially industrial diplomacy.

The international industrial diplomacy with friendly shore outsourcing as its core purpose, together with the domestic industrial policy with „on-shoring“ as its goal, constitute the two basic pillars of the Biden administration’s industrial strategy. This marks the most important transformation in the economic ideology of the United States since the 1970s.

The term „friend-shoring“ can be traced back to the expression „ally-shoring”. The concept of „ally-shoring“ was first used by USAID Deputy Administrator Bonnie Glick in a media interview on May 20, 2020. Glick believes that unrestricted off-shoring is a huge failure in the U.S. supply chain system in the era of globalization, which has not only led to a massive decline in U.S. domestic manufacturing, forming a huge industrial dependence on countries like China, but also created the rise of competitors, posing a serious threat to U.S. economic security, especially supply chain security.

The consequences of this failed policy were magnified again after the outbreak of the COVID-19 epidemic, which brought about transportation disruptions and human blockages, fully exposing the security risks of the U.S. in the supply and industrial chains. Glick noted that manufacturing repatriation is a policy to revitalize U.S. domestic manufacturing by promoting onshore production; as important as onshore production, the U.S. also needs to consider „near-shoring“ and “ally-shoring” to incentivize companies to return to the U.S. nearshore, or at least in U.S. allied countries to maintain the security of the U.S. supply chain from being threatened.

Between 2020 and 2021, two researchers, Elaine Dezenski and John Austin co-authored an article discussing the need for greater U.S. economic diplomacy with allies to secure supply chain stability and promote domestic economic recovery. The two authors pointed out that ally-shoring refers to closer economic partnerships with countries that share common values and strategic interests with the U.S., aiming to leverage the power of allies to strengthen the U.S. and thus effectively contain China. They suggested that the United States can lead the construction of an economic alliance in which strong trade, investment, and financial relationships are tied to democratic norms of openness, transparency, freedom of expression, and the rule of law. This was the idea behind the democratic trade partnership.

It was based on these discussions that, in June 2021, the Biden administration released its 100-day supply chain review, which formally applied the concepts of „ally-shoring“ and „friend-shoring”. In its policy recommendations in the critical minerals supply chain section, the report states that to protect against the risks of a single source of supply, the U.S. should vigorously promote ally-shoring or friend-shoring to increase U.S. supply chain resilience and reduce supply chain dependence on a single country, especially a rival country.

This new industrial strategy idea emphasizing supply chain resilience or supply chain diversification was evident during the Trump administration. The Trump-led U.S.-Mexico-Canada Agreement implements the idea of near-shoring. The so-called near-shoring refers to the outsourcing of supply chain-related operations by enterprises in one country to neighboring countries or regions with similar geography, time zones, and languages. Manufacturing outsourcing between the U.S. and Mexico and Canada is the most typical near-shoring, which helps multinational industrial chains overcome various uncertainties brought about by distant geographical barriers.

In fact, since the Obama administration, the U.S. has begun to pay attention to the supply chain problems brought about by excessive outsourcing of manufacturing. The 2008 financial crisis and the subsequent Occupy Wall Street movement intensified the reflection on the various disadvantages brought about by capital-led globalization in the U.S., and the Obama administration began to advocate „manufacturing back to the country“ and released the National Strategy for Global Supply Chain Security in 2012. This is the first U.S. national strategy dedicated to supply chain security, which puts forward two strategic goals of supply chain efficiency and resilience.

Strategic competition among major powers is driving the U.S. to understand supply chain issues from a security perspective. Since the beginning of the Trump administration, the outline of the U.S. strategy to reshape the global supply chain to stall China’s industrial development and revive its industrial competitiveness has gradually become clear. To this end, the Trump administration has launched a fierce tariff war against China on the grounds of a large trade deficit, attempting to reduce China’s attractiveness in the global industrial chain system by raising barriers to entry for low- and mid-range products and driving up the prices of Chinese-made products, thus leading industries to move out of China. But in terms of results, the tariff war largely failed, neither significantly reducing the bilateral trade volume between China and the U.S. nor lowering the U.S. trade deficit with China. In 2018, the year the tariff war broke out, China’s exports to the U.S. increased rather than decreased; bilateral imports and exports declined in 2019, but rebounded strongly in the context of the 2021 epidemic, almost returning to 2018 levels.

However, the epidemic does further highlight the supply chain security risks posed by the „hollowing out“ of the U.S. domestic manufacturing sector, providing a favorable mobilization opportunity for the U.S. government to advance related industrial strategies. In this context, on-shoring, near-shoring, and friend-shoring are beginning to replace off-shoring as the key theme words in the U.S. strategic community’s rethinking of foreign economic relations, with the essence that the U.S. government attempts to forcefully change the global industrial layout.

Biden came to power against the backdrop of the many serious challenges facing the United States, and after taking office, he promoted a variety of policy agendas, including industrial strategy. At the beginning of his term, Biden designated relevant departments to systematically assess U.S. supply chain risks in four key products: semiconductors, pharmaceuticals, rare-earth elements, and high-capacity batteries; in February 2022, another supply chain assessment report on six other key industries was released as scheduled, calling for continued attention to supply chain security. Supply chain security has become the number one issue on the U.S. economic policy agenda.

This strategy can be divided into two aspects: domestic industrial support policy and external industrial alliance diplomacy. In terms of industrial support policies, the Biden administration has made use of the advantageous seats of the Democratic Party in Congress to pass the Infrastructure Act, the Chip Act, and the Inflation Reduction Act. These three bills were major legislative victories for the Biden administration, all aimed at promoting so-called onshore production and reviving local manufacturing.