Start THINKVIEWS From 1920s To 2020s, Japan’s Olympic Dream Fades Like Its Influence 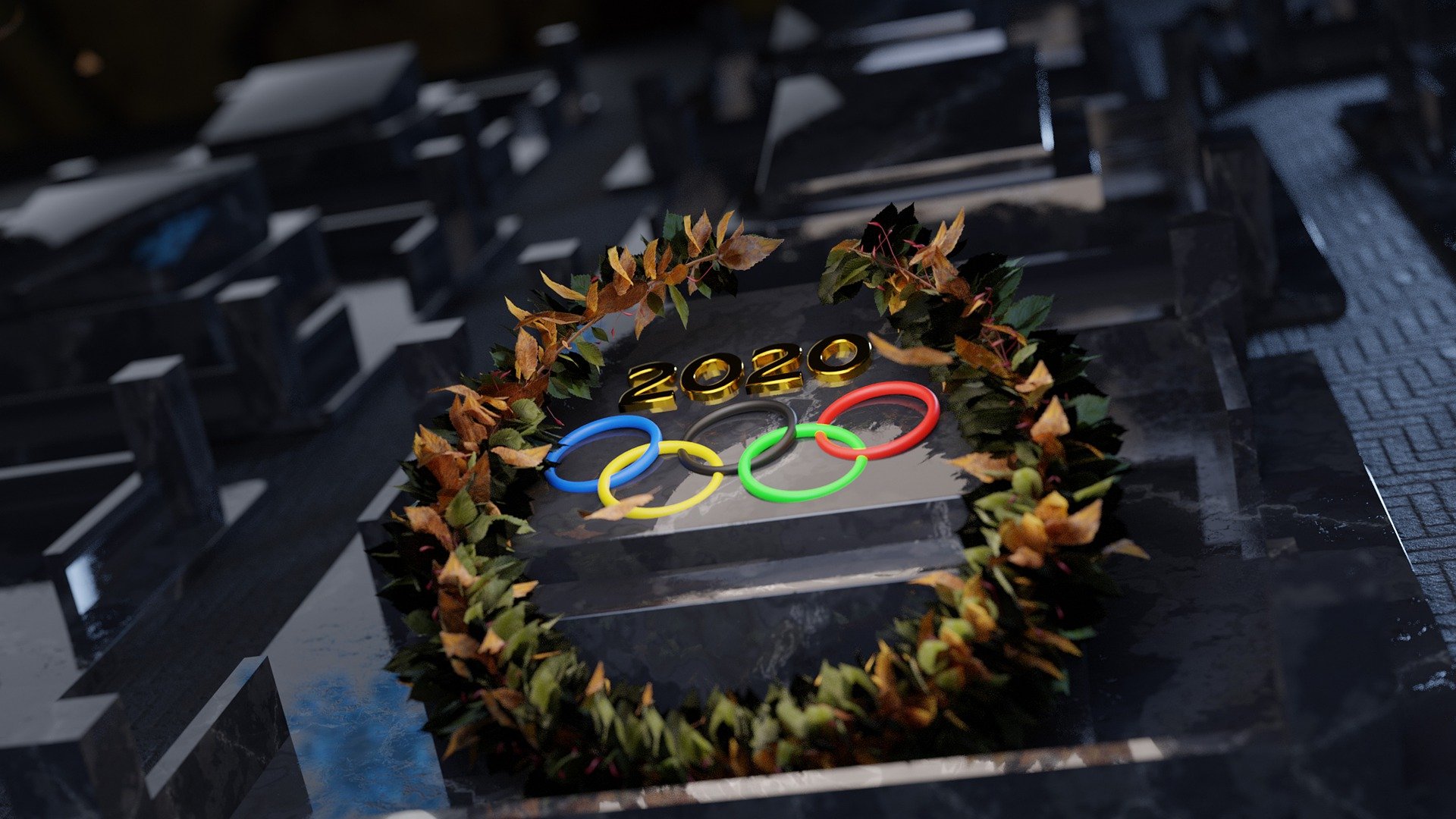 On 23 July 2021, the 2020 Tokyo Olympic Games finally began after being postponed for a year. Tokyo’s fate with the Olympics can be traced back to the 1920s, the Olympics have implicated Japanese society for nearly a hundred years.

In 1923, the Great Kanto Earthquake almost destroyed the entire Tokyo. The restoration of municipal construction was extremely urgent, but because of this, Japan was desperate to find a way, such as bidding for the 1940 Olympic Games, to show the world how effective reconstruction the nation could achieve. At the same time, 1940 meant the 2600 year of the Emperor’s Year.

From the perspective of the development process of the Olympic Games itself, what is regarded as a major event in the international community or an important display of a country’s national strength was started from the 1936 Berlin Olympics. That was the first time a country used the power of a nation to host the Olympics. Some of the modern Olympic formats that people are familiar with now, such as the grand opening ceremony, and the player admission ceremony were all invented in the Berlin Olympics and were emulated by future generations, which undoubtedly had a direct impact on the Japanese’s positioning of its Olympics.

The first round of bidding for the 1940 Olympics included Rome, Dublin, Helsinki, Buenos Aires, and other European and American cities. Japan used diplomatic relations to negotiate with Mussolini to withdraw Rome from the bid. Therefore, when the second Italian-Ethiopian war broke out in 1935, Japan publicly supported Italy. After that, Japan also promised to bear the cost in full. In the end, on 29 July 1936, the day before the opening of the Berlin Olympics, Tokyo defeated Helsinki by 37:24 and won the right to host the 1940 Olympics.

However, starting from the 1930s, Japan had already launched a war of aggression against China, some Japanese senior officials preferred to focus on war instead of embezzling materials to host the Olympics. Plus, Japan’s identity as an aggressor faced criticism and condemnation from international public opinion. As a result, in 1938, Japan had to return the hosting right to the International Olympic Committee.

Soon WWII broke out in Europe, though the 1940 Olympics were never held, it became the beginning of Japan’s obsession with the Olympics. Japan was not able to host the Olympic Games until 1964. The 1964 Tokyo Olympics symbolized Japan’s defeat in the war, achieving rapid development, returning to the international family, and proclaiming to the world that it had become a significant economic power. For example, in 1964, the Shinkansen in Japan was launched 10 days before the opening of the Olympic Games; Japan joined the OECD as a quasi-developed country, and Japan also opened up overseas tourism so ordinary Japanese people can travel freely overseas.

After the 1964 Olympics, in 1970, Japan hosted the Osaka World Expo and became the second-largest economy in the world. For the Japanese, the 1964 Olympic Games are full of positive memories. Following the holding of the Olympic Games, ordinary Japanese families began to enter the middle class. By the 1970s and 1980s, the economic pride of Japanese nationals became particularly prominent. Under the lifetime employment system, about 90% of the people considered themselves the middle class.

This point of view brings complicated feelings when compared with the current Japanese society and the Japanese government. Japanese politician Shinzo Abe was a teenager in 1964. His personal life experience was accompanied by a period of tremendous social change. When he became the prime minister, bidding for the Tokyo Olympics again in 2013 was to show the post-disaster reconstruction of the 3.11 earthquake.

However, no one expected a global outbreak of COVID-19 in 2020, and Abe himself resigned in May this year. It was originally predicted that the Olympic ticket revenue could reach around 0.69 billion euros. As the epidemic has not been effectively controlled by the Japanese government for a long time, most of the competitions are not allowed to have audiences. In addition to ticket loss, there is also sponsorship loss. Most of the Olympic sponsors’ rights and interests are reflected in the venues. Normally, each venue is full of audiences, but if there are no viewers, it can only be broadcast on the TV screen. The sponsor rights have almost been wiped out. Of course, there are even greater economic losses in industries surrounding the Olympics and tourism, and the costs invested by a large number of small and medium-sized enterprises cannot be recovered.

Another important point is that there has been little response from the political circles. The only foreign head of state who presented is French President Macron because the host city of the next Olympic Games is Paris. Other major countries, like Japan’s most important ally, the United States, were scheduled to be attended by the first lady; South Korean President Moon Jae-in has announced the cancellation of his visit to Japan a few days ago, even involving diplomatic disputes during the period. Even the former Japanese Prime Minister Abe, who advocated the Olympic bid, did not attend the opening ceremony. As the honorary president of the Tokyo Olympics and Paralympics, Emperor Naruhito of Japan participated in the opening ceremony alone to announce the opening of the Olympics, but other members of the royal family did not participate in all Olympic-related activities.

The current atmosphere of the entire Japanese society cannot be compared with that in 1964, and the dissatisfaction of the Japanese people is still rising. Due to the impact of the Delta variant, the number of confirmed cases in Tokyo continues to increase in recent days. According to the current set of epidemic prevention and control measures in Japan, an uncontrollable situation is expected. For example, foreign sports teams lost their way at Narita Airport and mixed into ordinary passenger queues; Ugandan athletes „disappeared“ from the hotel where they were staying; not to mention that many foreign Olympic delegations were diagnosed after they arrived in Japan.

Japan also imposed restrictions on foreign journalists’ reporting activities. A group of British and American journalists protested, claiming that the freedom of reporting was restricted.

In addition to the impact of COVID-19, the scandal that was exposed by the directing team at the opening ceremony of the Olympic Games has repeatedly occupied the headlines of Japanese media. For example, in February, the chairman of the Japanese Olympic Organizing Committee Mori Yoshiro made a sexist speech against females. Even the main Olympic venue itself is full of controversy. The plan presented in the 2013 Olympic bid was the plan won by the top international architect Zaha Hadid in the international bidding conference in 2012. Later, it was claimed that the cost was too expensive, requiring 1.92 billion euros. At the same time, Japanese domestic designers were unwilling to lose the chance. Finally, in July 2015, Abe abandoned the original project plan and made a re-tender. Such public bid destruction from a nation causes huge controversy in the international community.

The Japanese government wants to use the Olympic Games to emphasize that the goal of post-311 earthquake recovery is impossible to achieve. Also, when applying for the Olympics, Abe vowed to say that the Fukushima nuclear disaster is under control, and it has now been proved that there is a certain gap between Japan’s international commitments and its practical capabilities.

This time, the Olympics not only fails to demonstrate Japan’s national strength and amaze the world but also leaves countless jokes to the world.