Start THINKVIEWS Greater Eurasian Partnership from the Atlantic to the Pacific: is it Possible?... 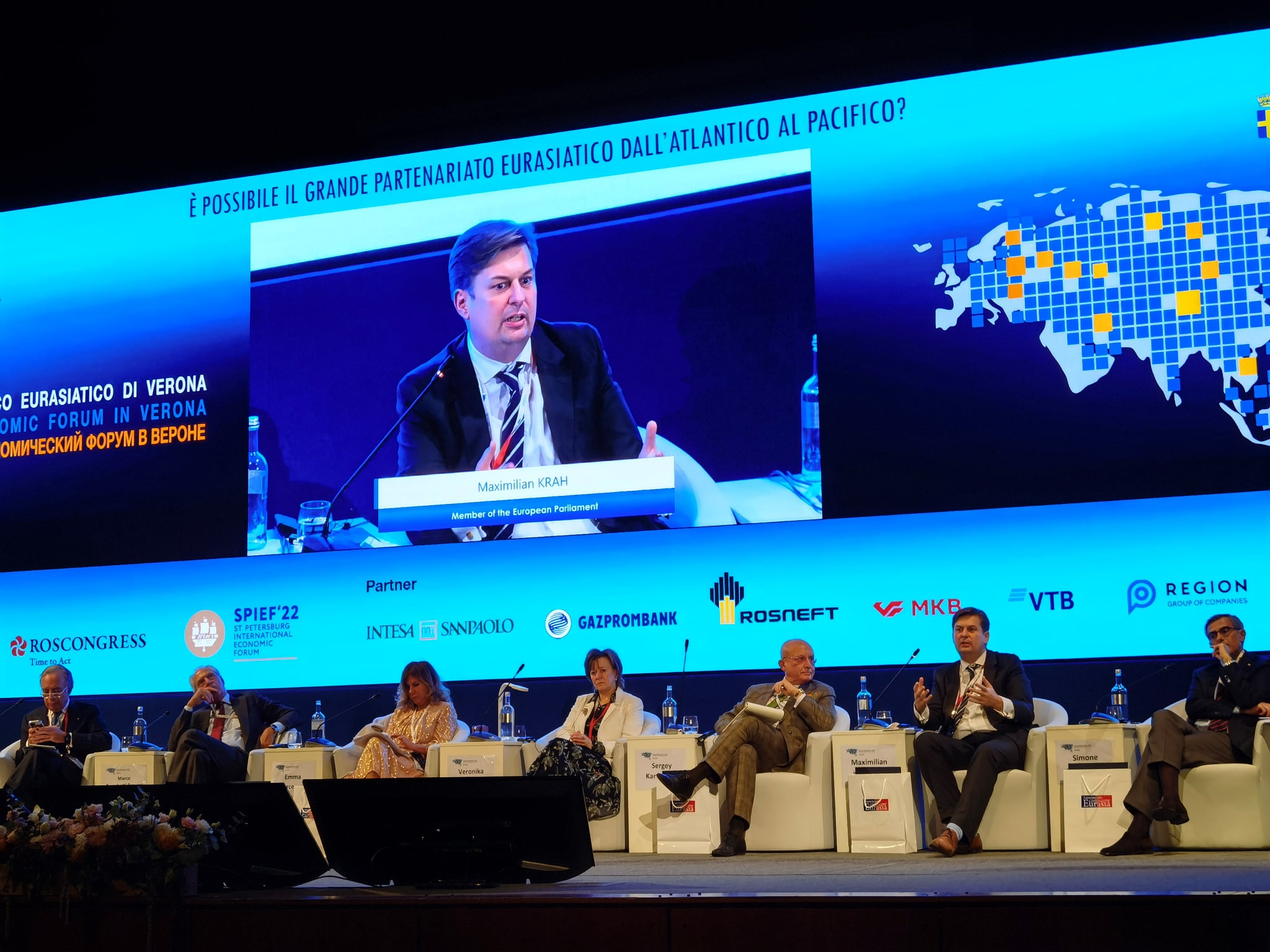 Cooperation with Eurasia is not just on economics. Economically, it is a good game. The basics of trade theory, David Ricardo comparative costs, points out that the higher the cost advantages, the more different the economics are, which need to trade with each other. Europe and Germany are highly industrialized economies, Russia and Central Asian states that have followed have relative commodities and agriculture, so Europe has the highest comparative cost. The advantages are higher than Europe with transatlantic trade because economies on both sides of the Atlantic are quite similar.

Although the economic impact would be very high and very positive, Europe doesn’t have a good relationship with Russia due to political reasons, taking Nord Stream 2 as an example. Those who oppose Nord Stream 2 very harshly have no economic reason for it. They argue purely politically. While those who are in favor of the project usually argue purely economically.

Europe wants to have Eurasia not only as an economic project but also as a political project. Let’s go from a purely economic analysis to an analysis of the economy of power. In the 21st century, we have two superpowers: the United States and China. And the question is, will the world have a third block in the middle? Which would be Eurasia because if Europe doesn’t find a good relationship with Russia and its partners in the center in the middle, then obviously western Europe, the European Union will come under a completely dominant United States as it used to be during the Cold War. Plus, the population and the GDP show a tendency that the partnership between Russia and China will be with the senior partner and junior partner, and I fear that Russia will not be the senior partner in that. So if Europe creates a block in the middle, then this Eurasian block could be strong enough to balance it. It could have equal tones to both the United States and China, and this is very attractive for Russia but not very attractive for the United States because the latter wants to maintain its power in Europe, and it will be much harder for the latter to compete with China without having Europe as a 100% ally on this side.

China has an interest in creating a Eurasian block in the middle and that has something to do with its business model. China is exporting goods rather than politics and culture, and the difference between China and the U.S. can be seen when comparing their trade agreements. A trade agreement that is closed by the U.S. and the European Union has only a very limited portion of quotas. The rest is politics, such as labor rights, human rights, environmental rights, etc. Chinese trade agreements are very short and only about quotas. For the Chinese, it’s not important or it’s not the major game to have a high political influence in Russia, but for China, it is important to have an open trade relation.

China is supporting plans to have closer integration between Russia, its allies, and the European Union, while the United States is quite critical towards it because the U.S. wants to maintain western Europe in a cold war state as a strong ally that helps the U.S. competition with China. That is a competition not primarily on economics, but primarily on power and politics, and the crisis in Ukraine is an example. The Ukraine crisis is filled with European military aid because as long as Europe has a crisis in Ukraine, Europe has a deep obstacle to come into a better relationship with Russia.

Today Europe has the Minsk Protocol that prevents Europe from coming forward in peace. So that is the power analysis and what are the political ideas behind it? Look at the world as it was until the end of the 80s, we have the Cold War as the major theory to explain how the world worked. There was the home of liberty and freedom, and here was the land of the darkness, which was the Soviet Union – two models to explain the world, which were developed in the 1990s.

Huntington’s Clash of Civilizations declares that the world has several culturally determined blocks that will be the big players in the future. It is a state-of-the-art interpretation of what Carl Schmitt in the 1930s and 40s developed and it is the idea that different parts of the world run their blocks on their rules, and come into diplomacy with each other. The other big theory to explain the world is Francis Fukuyama’s The End of History, in which the whole world will follow the western idea of liberalism, human rights, etc., and if everybody believes in the same framework, and there is no war and no conflict anymore. The idea to globalize the western model is what the mainstream is doing in Brussels. It is the belief that Europe has to make it a global standard. When everyone sticks to it, then there will be peace, and everyone who is not willing to stick to it but to remain their regional tradition is the enemy.

All the resolutions on foreign policy by the European Parliament show that Europe judges the whole world by its standards. Countries in the world that don’t completely fulfill western standards are not completely open to western funded NGOs. Europe has no resolution against Russia, but Europe has resolutions against Kazakhstan, Pakistan, and China, etc. because they do not follow European particular ideas. Economically, it makes no sense. But Europe believes that the western model is now a global model. I’m a member of the trade committee, the foreign policy committee, and the human rights committee and I see it in all three but the worst is human rights, the best is the trade that is where we have numbers. So this is the way on the one hand and the other way is to say no.

We have different blocks in the world, and every block has the right to govern itself according to its rules, and the other blocks have no right to interfere in it. A certain amount of self-determination and self-government should be guaranteed even if what they are doing is not correct based on the European standards. This is multipolarity called by Sergey Lavrov. It is clear that Russia, China, and Asian countries want to have a world of multipolarity because that means that they can organize their country by their ideas. It’s the same in Africa and the Middle East. But on the other hand, the United States and those in Europe, who still stick to the transatlantic partnership, want to preserve European and Western global powers by globalizing the western model.

I don’t see how to mix those disposed of models, so it is time to make choices. Every day in Brussels people fight for these choices. The vast majority and the mainstream in politics in Europe believe that western model is the only model to make the world a better place. And that is why Europe is willing to make this model a global standard with economic prices. For instance, not to take Nord Stream 2 into operation. On the other hand, some say that we have different blocks, and let’s look for diplomatic means to find a solution for mutual benefits. They want trade with China, and they are open for very deep integration and partnership with Russia because that is the way in a world that consists of several blocks to form a block. So there are two models.

It was seen as something romantic to follow that idea. At least now, Europeans are not romantists anymore and are taking it seriously but it’s a long way. The arguments Europe has are reality. The first thing is, economics is a reality, numbers are reality. China is the biggest trade partner. Meanwhile, does Europe really want to bring that trade at risk? For the idea of making western liberalism the standard in the world, which is an open game. Francis Fukuyama himself committed that his theory The End of History is wrong. Does Europe really want to follow a theory that its inventor sees its wrongness? I would say we have good arguments not to follow it and to accept that non-western countries have the right to run their country in a non-western way and we can be friends and partners either way. I’m optimistic about the Eurasian vision.