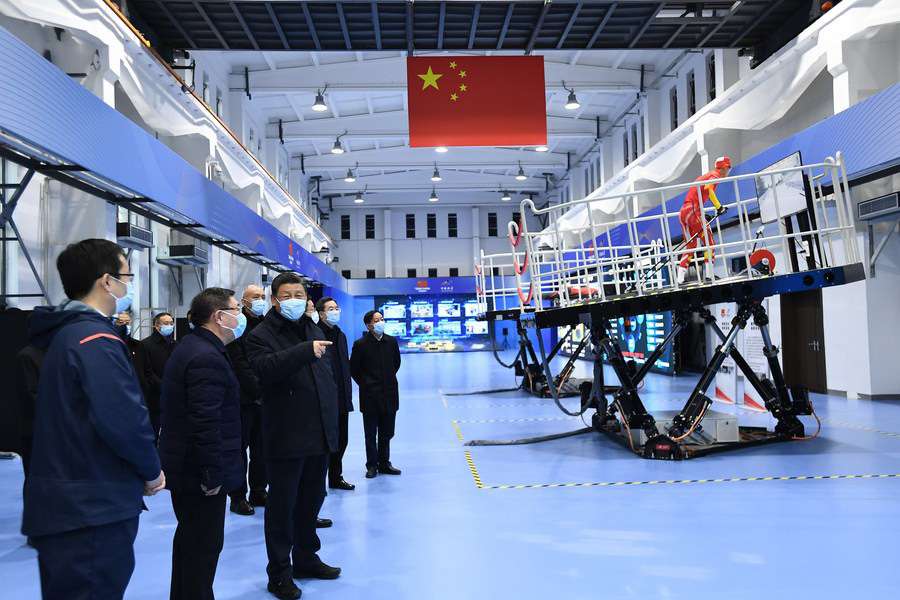 Organizers of the 2022 Winter Olympic Games are fully prepared to hold a series of simple, safe and splendid competitions. All venues and facilities are in place, clean air and green energy are already flowing, and a closed-loop system is ready up to prevent COVID-19.

The Beijing government has approached the Winter Olympics with the principles of being green, low-carbon and sustainable, which provide a great opportunity to improve the city’ environment, transform and upgrade in a direction toward green development.

The 2022 Winter Olympics will be the first Games in history to exclusively power all venues with clean energy from renewable sources. Solar and wind power will be generated in the Zhangbei area of Hebei Province. All venues can be reached via public transportation.

The Big Air Shougang, the only snow sports venue in the capital’s urban area, has completed its first stage of snow-making work. The organizers introduced a batch of intelligent snow-making machines that can adjust water usage in different weather conditions and save about 20 percent of the water compared with traditional methods.

Since launching the snow-making work, operators have been monitoring the realtime temperature and humidity in the venue every day. With the weather getting colder, they will roll out next phase of snow-making during the day to improve the venue’s snowmaking efficiency. The venue will soon be open to the public and used for various sporting competitions to become the world’s first-ever permanent big air venue.

For the first time in the history of the Olympic Games, Beijing will use carbon dioxide in its ice-making procedures. Removing ozone layer-harming Freon as a refrigerant in ice making during the Games is expected to help reduce carbon emissions equivalent to that of 3,900 cars per year, and cut emissions from the activity to nearly zero. The new ice-making technology will also significantly reduce energy consumption by the refrigeration system, saving more than 30 percent of the system’s power consumption.

All venues in the 2022 Olympic Games will be wholly powered by green energy. The feat is made possible by a flexible, direct-current power grid transmitting electricity produced by the plentiful wind and solar power generation capacity in Zhangjiakou, the 2022 Games’ co-host city, located 240 kilometers northwest of the Chinese capital. Zhangjiakou is known for its rich resources in renewable energies, and much of the power consumption in the Chongli District, where all the Zhangjiakou venues are located, has been supplied from renewable energy resources.

Another important task ahead of the Olympics is the cleaning and waste management of the villages. The organizing committee created a waste removal operation system.