Start THINKVIEWS How big is the impact on Europe of the North Stream pipeline... 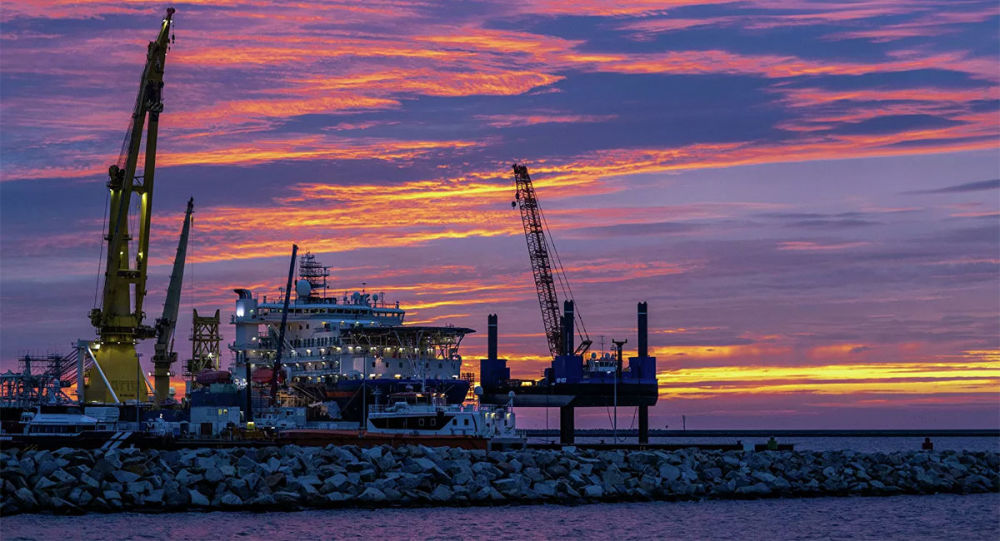 With the Nord Stream pipeline explosion, the energy market turmoil intensified at another point.

On the other hand, Russia’s Nord Stream-1 project operator Nord Stream AG stated on the 27th, saying that three pipelines of the Nord Stream-1 and Nord Stream-2 submarine gas pipelines are damaged in one day at the same time is unprecedented, it is not yet possible to assess the repair time.

Given that the Nord Stream-1 pipeline is out of service and the Nord Stream-2 pipeline has never been opened, the actual impact of this incident is not significant. But the bigger problem is that the parties use energy as a bargaining chip in a fierce game, and European gas prices have risen sharply for consecutive days.

Historically, Europe and Russia have a long history of energy cooperation. But the Russia-Ukraine conflict has become the „turning point of the century“, the strongest „energy ties“ between Russia and Europe are gradually cut off. Now the Nord Stream pipeline leak has completely killed the possibility of European access to Russian gas through the Nord Stream-1 pipeline by the end of the year, and the future energy ties between Russia and Europe are unlikely to be restored.

Fawad Razaqzada, a senior analyst at FOREX, told 21st Century Business Herald that the hope of restoring 20% of the gas supply from Nord Stream-1 in winter has been lost. In order to survive the winter, the EU countries have started „gas hoarding“ since the summer. Germany’s gas reserves are higher than the EU standard, reaching 80% by October and 95% by November. However, even if Europe’s stockpile reaches its target, it may only last for 2 months once supplies from Russia stop completely. If this winter is cold, then Europe will struggle with the expensive bills under the energy shortage.

To make matters worse, the last Russian gas pipeline to Western Europe, the one through Ukraine, could also be cut off after two leaks in the Nord Stream gas pipeline.

On the 27th local time, Gazprom warned that gas supplies through Ukraine are at risk of being shut down due to a legal dispute between Gazprom and the Ukrainian state oil and gas company.

If the pipeline were to stop, Western Europe’s access to outside gas would be completely cut off, leaving only the TurkStream pipeline, which carries Russian gas to Turkey and some southern European countries.

Despite the challenges of the cold winter ahead, this does not mean that the general trend of Europe’s energy transition will change in the long run. After the Russia-Ukraine conflict, Europe’s search for natural gas supply outside Russia has basically become a foregone conclusion, but from the perspective that some European countries are not willing to sign long-term liquefied natural gas (LNG) sales and purchase agreements, Europe has a greater determination to accelerate the pace of energy transformation, and only renewable energy can help Europe get rid of its dependence on other regions, and achieve the dual goals of energy transition and energy independence.

The overall supply of natural gas markets is basically meeting global demand. According to Shell, the global LNG market expanded to about 530 billion cubic meters last year, 31 percent of which was traded on the spot market, meaning there is enough global spot supply to meet Europe’s demand, but prices are likely to be high.

As Europe gradually bids farewell to Russian energy, countries will have to find new sources in the short term. German Chancellor Scholz visited the United Arab Emirates this month to secure a shipment of LNG and sign a supply agreement. Abu Dhabi National Oil Company (ADNOC) will supply a total of 137,000 cubic meters of LNG to the German  multinational energy company RWE this December, the first LNG to be supplied to Germany from the UAE.

But this is far less total gas than Russia has previously supplied. ADNOC’s first delivery of 137,000 cubic meters of LNG is equivalent to 950 million kilowatt-hours of electricity. However, operators estimate that before the Russia-Ukraine conflict, Russia delivered the equivalent of 1.75 billion kilowatt hours of electricity per day via the Nord Stream-1 pipeline. In addition, negotiations between Germany and Qatar remain deadlocked, with disagreements over the pricing and duration of the contract.

Germany hopes to purchase more LNG from Qatar as soon as possible, with the goal of replacing all energy imports from Russia by mid-2024 at the earliest. It is important to note that while a supply agreement with Qatar would be beneficial to Germany, it would not actually solve Germany’s looming energy crisis, as the expansion of Qatar’s northern oil fields is not expected to come on stream until 2026. Moreover, the role of the U.S. is limited under the constraints of supply chain and capital discipline.

On the other hand, due to the surge in European demand and the rapid spike in LNG vessel prices, many smaller traders have been squeezed out of the market due to capital constraints, with a large number of deals concentrated in the hands of a few international energy giants and top trading companies, and the aggregation of oligopolies and the exit of smaller players will likely continue to push up LNG prices.

Plus, the current Europe’s energy policy is not realistic. Patrick Pouyanne, CEO of French energy company Total energy SE, said on the 24th that Europe’s „unrealistic“ demands for energy supplies are preventing them from successfully finding alternative sources of energy after Russian energy supplies to Europe have been reduced. He warned that European buyers are seeking short-term contracts to buy LNG, but are not prepared to pay higher prices, and the result is clearly „impossible.“

An „emergency phase“ of energy rationing is coming?

It is important to note that the demand for natural gas will really peak in winter, when Europe will have to implement energy rationing and the economy will suffer a huge impact if the supply problem is further aggravated.

Some Europeans positively assume that the current difficult situation will be temporary, but the fact is that the current energy shortage situation facing Europe is not a short-term phenomenon and is expected to continue for at least a few years due to political and industrial reasons. Continuous energy shortages and price increases will seriously affect the normal production activities of enterprises, enterprises directly face the pressure of a significant increase in raw materials, under the impact of gas cuts and gas shortages, the start-up rate can not be guaranteed as well, which may affect contract performance. In July, the German Iver Institute of Economic Research showed that about 73.3% of the surveyed enterprises faced a shortage of inputs, while 90% of enterprises in the electronics, machinery manufacturing and automotive industries had difficulty in buying all the required materials. Consequently, since this year, more and more European manufacturing companies began to consider relocating.

At the end of March this year, Germany announced a gas emergency plan, which is divided into three phases. The first phase is an „early warning phase,“ in which the government and energy suppliers form a crisis team, but the state does not intervene forcibly, and gas suppliers, traders and operators can still take market-based measures to ensure supply; the second phase is an „alert phase,“ in which gas is to be used for reserves rather than for power generation; and the third phase is the „emergency phase,“ in which the state will intervene directly and the energy regulator, the Federal Network Agency, will prioritize industries and facilities and cut off those with lower priority, ensuring the supply of gas to critical industries and ordinary households.

On June 23, Vice Chancellor of Germany, Federal Minister for Economic Affairs and Climate Action Robert Habeck issued a statement announcing the activation of the second alert phase of Germany’s gas emergency plan. With the recent intensification of the Russian-European energy game, the market expects that Europe may enter an „emergency phase“ in the winter and have no choice but to implement energy rationing.

In any case, Europe’s bigger challenges clearly lie ahead. IThe impact of winter on Europe is greater, part of the demand for natural gas heating can not be replaced by new energy and other traditional fossil energy. European winter gas prices will continue to move higher if there is a simultaneous cold winter, a significant drop in Russian supply, and an inability to restore U.S. LNG supplies.