Start THINKVIEWS How China Builds Itself A Rule Of Law In Globalization? 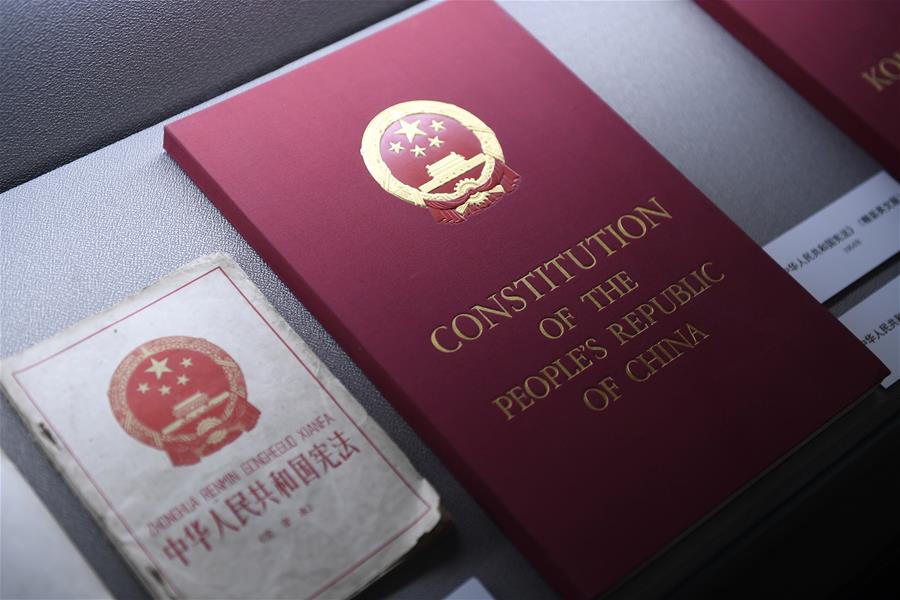 China is building a „rule of law China,“ but it is often regarded – by the US and its Followers – as a country traditionally „ruled by man“ and lacks a foundation for the rule of law. Is this really the case?

Does China have a rule of law tradition?

The so-called rule of law is a set of basically stable systems and rules that guarantee peace, fairness, rationality and order in a country. However, in addition to the above-mentioned normative pursuits, this set of systems and rules must also be subject to local conditions. The first is to be able to effectively respond to the major problems faced by the people on this land, which means that the problems faced by the people of various countries are likely to be different; the second is that this system must be affordable based on human, financial and material resources.

This process is not spontaneous but is accompanied by the gradual expansion and unification of various legal systems. The most significant thing is that in the Qin Dynasty, the unified writing, the unified weights and measures, the unified currency, etc. This can be said to be the unification of economic, cultural, transportation and communication. Along with these measures, what also helped to promote and expand these measures was the system of prefectures and counties that began in the Qin Dynasty and continued through dynasties.

In order to select political and cultural elites, a unified written language is very important, and the method of selecting elites is also very important. The standards must be unified, reliable, and be oriented to all parts of the country, including border areas, all ethnic groups, and all classes. To this end, after about 700 years, from the second century BC, the adoption of elections, investigations, and the final implementation of imperial examinations, a professional civil service system was formed that performed its duties according to law. In fact, it is the standard bureaucracy that Weber said, a kind of rational politics, and governance based on statutory law. Therefore, almost every dynasty in history in China, at least the main dynasties, has a complete code of law, integrating punishment, civil, and administration.

This legal system or rule of law has a very delicate double separation of powers, as well as the decentralization of powers implied by the system of prefectures and counties.

The first separation of powers is the separation of political power, military power and supervision. Unlike Montesquieu’s decentralization of power, military power and supervision were directed at the standing military system and civil service system of historical China. China had a standing army system that the West did not start to advocate until Adam Smith suggested so for a long time, mainly for the purpose of dealing with the harassment from the nomads and to prevent local separatism or banditry. The power of supervision is due to China’s professional civil service system, including local officials at various levels who are far from the imperial court under the system of prefectures and counties.

The second level of separation of powers is aimed at the „regime“ including decision-making and governance, forming a three-department and six-minister system, being responsible for proposing the bill, reviewing and passing the bill, and the specific implementation.

Based on such a basic system, the country’s governance in farming China was not only governed by the rule of law in history, but more importantly, from the perspective of the results, until modern times, historical China was far less war and chaotic than Europe under the aristocracy before the 18th century.

Can copying foreign experience complete the rule of law in China?

Since the Opium War in 1840, China’s farming civilization has encountered the impact of Western modern industrial civilization, showing obvious weaknesses. Faced with this impact, China has not only reformed its system, but also systematically advanced industrialization, modernization, reform and opening up through the Chinese revolution and socialist construction. Undoubtedly, all changes in modern and contemporary China are inseparable from China’s learning from the world (mainly from the West) and the interaction with the West. However, it must be pointed out that this also includes resistance to Western imperialist aggression and oppression, as well as deep reflection and independent choice of all foreign experiences.

When China learns rule of law from the West, whether it is active or passive, it is also influenced by the rule of law in the West. But the rule of law in China is not, and cannot be just a transplant or copy of Western laws. In fact, as far as the law is concerned, there is no homogenous Western law or rule of law tradition. Britain and the United States are common law systems, and Germany and France are European law systems. Not only are many laws and regulations different, but many systems are also different. In fact, Britain only had the Supreme Court on the 60th anniversary of the founding of the People’s Republic of China. If the West is so diverse, how to copy it? A country must have its own position.

Of course, China’s rule of law will certainly learn from other countries in the world. But the first thing China should consider is on what basis to learn, for whom and for whom. It is unlikely that China will develop, grow and improve by copying the rule of law abroad, just as the development of manufacturing science and technology in the same country cannot be developed by copying it completely.

The judicial system in historical China is indeed different from the administrative law enforcement and judicial justice of today, and sometimes very different. Today’s law enforcement and judicial officials in various countries are more professional and practical due to social changes and development, such as commercial affairs, finance, and intellectual property. Due to the difference in natural geographic space, the different economic production methods, and the different practical problems faced by China, the laws of China are naturally even different from Western laws. This is actually the normal state and necessity of human civilization.