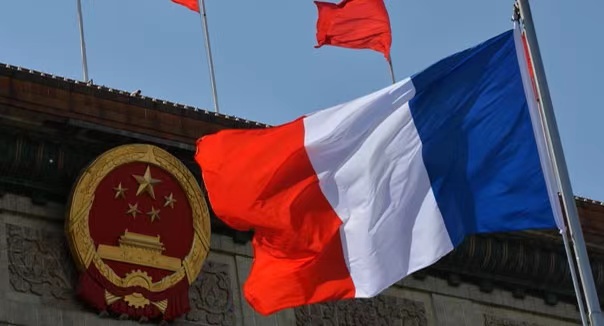 Lu Shaye, the current Chinese Ambassador to France and Manoaco, gave a speech to review the cooperation, communications, achievements, and also challenges between China and France, and to look forward to building a better future for the both based on mutual efforts.

“Today’s world is going through major changes not seen in a century. The COVID-19 pandemic has further accelerated the course of these changes. In this particular context, Sino-French relations have gone through the extraordinary year 2020. Thanks to the solicitude and under the impetus of the two Heads of State, China and France, faithful to the initial commitment to the establishment of our diplomatic relations, namely „independence, mutual understanding, foresight and mutual benefits ”, have maintained close cooperation and moved forward hand in hand. The Sino-French comprehensive strategic partnership has continued to deepen and play an important pioneering role in Sino-West relations. This has been reflected in particular in four key areas:

First, a higher level of mutual political trust. During the past year, President Xi Jinping and President Emmanuel Macron have had five telephone interviews, during which they had in-depth exchanges and reached important consensus on the international situation, major hot issues and bilateral relations. This has further strengthened mutual understanding and friendship, paved the way for the deepening of exchanges and cooperation between our two countries in various fields, and gave it new impetus.

Second, a new page in the annals of Sino-French friendship. Faced with an unprecedented epidemic for a century, the governments and peoples of our two countries have shown solidarity and mutual assistance and conducted close cooperation in the fight against the virus, offering each other anti-epidemic materials, sharing our experiences. in terms of prevention and control of the epidemic and setting up an „air bridge“ to transport health materials from China to France. Thus, together we have entered a magnificent new chapter in the Sino-French friendship, proving that it is by remaining united that we will win.

Third, further advances in concrete cooperation. Our two countries have overcome the impacts of the epidemic and redoubled their efforts to streamline material transport channels, facilitate human mobility necessary for the resumption of economic activities and maintain the stability of industrial and supply chains. The high-level Sino-French economic and financial dialogue resulted in 42 concrete cooperation results. Our cooperation in the fields of civilian nuclear power, aeronautics, aerospace and food processing has progressed steadily. French companies actively participated in the 3rd edition of the Shanghai Import Expo and obtained rich and abundant results.

The year 2021 marks the beginning of a new stage in the development of China, that of the integral building of a modern socialist country. And the world has a good chance of going after COVID-19. Sino-French relations will be offered important new development opportunities. We will scrupulously implement the important consensuses reached by our two Heads of State and work on three priorities, with a view to further progress in Sino-French relations:

First, maintain the intensity of trade. In overcoming the impacts of COVID-19, we will ensure, through flexible and diverse means, that the two Heads of State and the various levels of our two countries maintain close and continuous communication and dialogue. We will also work to facilitate the mobility of people between our two countries. While ensuring the safety of public health, we will actively explore the possibilities of resuming face-to-face exchanges between our two parties.

Second, explore opportunities for cooperation. Responding to the needs of China’s new phase, new concept and new development dynamic, we will strengthen the synergy between China’s 14th Five-Year Plan, on the one hand, and the economic recovery plan as well as the French development strategy, on the other hand, Actively promote the execution of major strategic and emblematic projects and create new growth poles for cooperation. With a view to the Year of Sino-French Cultural Tourism in 2021, the 2022 Winter Olympics in Beijing and the 2024 Summer Olympics in Paris, we will seize the opportunities to gradually relaunch exchanges and cooperation between our two countries. in culture, tourism, sport, between local communities and in other fields.

Third, to show a sense of responsibility on par with large countries. We have to enhance the guiding role of Sino-French relations to foster the evolution of a multipolar world and ensure that China-EU relations pursue a healthy and stable development momentum by overcoming disruptions. A series of important meetings on global environmental governance will take place next year. We will work to deepen Sino-French cooperation in the field of climate change and biodiversity conservation and promote reform of the global governance system to inject positive energies into this uncertain world.”