Start THINKVIEWS How did Japan and the U.S. plunder China through the Golden Lily... 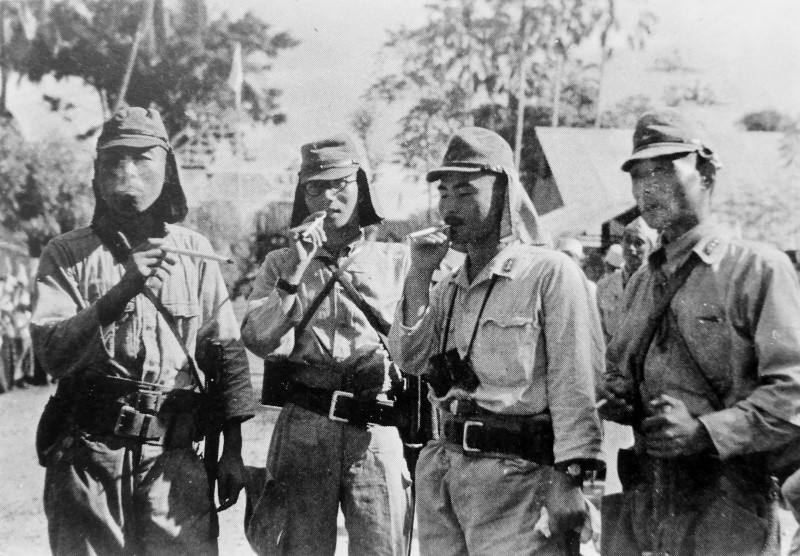 During World War II, Japan plundered billions of dollars worth of wealth from all of Asia. Not only did Japan not go bankrupt as a result of the war, but it also became richer overall, and the economic gains Japan made were sufficient for its post-war reconstruction and further modernization. With the Golden Lily Operation alone, Japan was able to plunder many treasures from China, such as gold, porcelain, art, cultural texts, and relics.

After the end of World War II, Japan refused to apologize and make reparations, and only returned a small amount of the property. As the United States also benefited from the wealth of the Golden Lily Operation, so it helped Japan in the victimization lawsuits and colluded politically and economically with Japan to cover up the historical truth.

The prototype of the Golden Lily Operation

In the late 19th century, the Manchurian Northeast, with its farmland, forests, coal, mineral resources, and good ports, attracted Japanese rōnin, who relied on the railroad spur from Lvshun to Changchun to make Manchuria a center for drug and black money trade. The Japanese government also sent well-educated intelligence officers to Manchuria to gather important information on various Chinese resources.

It can be said that before the Nanjing Massacre, the Japanese controlled various industries in the fallen areas and the „pseudo-Manchukuo“ in Manchuria were all part of the early stages of the Golden Lily Operation, but at that time Japan’s plundering of Chinese wealth was not given a name, not led by a special organization, and not systematized.

Plus, in 1937, Japan’s gold reserves had been reduced by war expenses and the country was in a serious financial deficit, so for Japan’s domestic social stability and to allow the emperor and his senior advisors to control the war process, the Golden Lily Operation was first launched in Nanjing under the responsibility of the emperor’s younger brother.

In Nanjing, there were two groups of Japanese plundering wealth. The first was the secret gendarmerie, which conducted the most careful and systematic searches during the Nanjing massacre, collecting at least 6,000 tons of gold by ransacking banks and stores, looting artworks, and digging up graves, but only a fraction of that was revealed in official reports. Then came the Japanese secret service agencies, which indirectly acquired huge wealth by threatening bank owners and trade association chiefs.

Overseas, all foreign bank assets were confiscated in Singapore; in Laos, Burma, and other areas, the Japanese established a new system of forced currency issuance by military order and used these currencies to buy gold. The Japanese invaders also threatened overseas Chinese by castrating their eldest sons and handing over their gold and silver jewels.

The reason for the smooth execution of the Golden Lily Operation was, first of all, the choice of the leader. The man in charge of the robbery in China was Kodama Yoshio, a top figure in the Japanese Mafia. He was cruel and meticulous, forbidding Japanese officers to spend the money from the Golden Lily Operation on pleasure and forbidding soldiers to destroy precious objects at will. He also monopolized the highly profitable industries such as alcohol and drugs and shipped the gold bricks back to Japan.

Second, there was the systematic division of wealth. Everything looted in the Nanjing Massacre was carefully numbered, the loot gold jewelry was re-cast into gold ingots of uniform size, there were special operation teams for the collection of precious books, manuscripts, and relics, and manuscripts were put into waterproof cases, and all items were shipped to Japan.

How to hide the jewelry was a problem when the Japanese invaders looted huge amounts of gold in East and Southeast Asia and could not transport it back to Japan for a while. And in the process of solving this problem, Chinese laborers were most severely oppressed. Japan had forcibly drafted hundreds of thousands of Chinese laborers to dig tunnels and treasure vaults for the Golden Lily Operation, and when these vaults were sealed, some of the laborers were often buried alive. The Japanese also detained allied prisoners of war to help them work and were buried alive at the end of a project. In 1942, after the Attack on Pearl Harbor, Yasuhito, Japanese Prince Chichibu realized that Japan would be defeated so he shipped some of the looted wealth to Japan by sea.

The Golden Lily Operation after the war

After the end of World War II, the Golden Lily Operation was transformed into the Black Eagle Trust, which financed political actions in all non-Communist worlds. The U.S. knew the secrets of the Golden Lily Operation and used this black money to establish a secret political campaign fund in Japan to influence the imperial family, the ruling elite, and the underworld to support the anti-communist activities.

The U.S. joined with some of the victorious countries of World War II, excluding the People’s Republic of China, and the Soviet Union and, by threatening and enticing other countries, signed the San Francisco Peace Treaty to shelter Japan, stipulating that Japan would not have to compensate China and other invaded countries and that Japan would not have to return the gold and other treasures it had looted. After that, successive presidents of the United States secretly used the Golden Lily Operation to interfere in the internal affairs of other countries by bribing elections, controlling the media, carrying out assassinations, etc., to impose the will of the United States on other countries and oppose communism.

Roman philosopher Marcus Tullius Cicero once said, „the sinews of war are infinite money.“ Japan invaded China and started the Golden Lily Operation because China was rich in resources and Japan’s industrialization and modernization required a large amount of money. The Golden Lily Operation brought great disaster to the Chinese and the people of Southeast Asia, and the rapid rise of Japan after the war.