Start THINKVIEWS How Did Xinjiang Historically Form A Multi-ethnic Cohabitation? 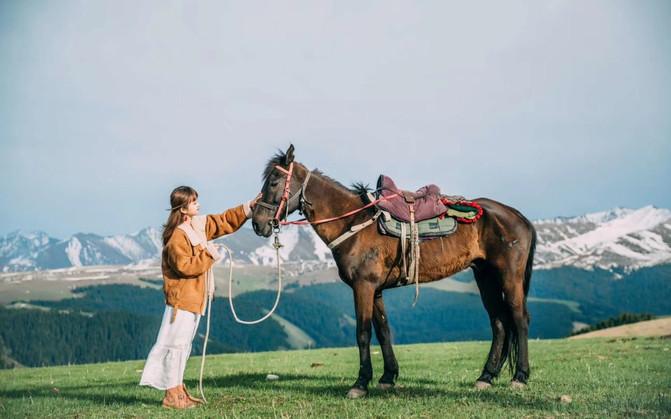 2021 is the 250th anniversary of the migration of many ethnic groups, including the Eastern Return of Torghut across Eurasia. China News Agency recently interviewed Ma Dazheng, deputy director of the National Qing History Compilation Committee and a researcher at the Institute of Frontier Studies of the Chinese Academy of Social Sciences, to understand better the history of Xinjiang.

Reasons urge Torghut to return to the east

In the 1630s, Torghut Mongolia moved to the Volga River basin and lived there for more than a century. It always maintained its political system, economic form, language, religious beliefs, and customs, causing a sharp conflict with the Russian tsarist government who attempted to control and enslave them.

The homesickness complex is sublimated into the feelings of home and country. As a unified multi-ethnic country, the Qing Dynasty’s handling of the relations between the Torghut in a distant place is a manifestation of the “graciousness” and “facilitation” in its ethnic policy. Culture has stability and strong cohesion over time and space. Cultural identity has always been the glue that maintains social order, and the foundation of political identity and national identity.

To defend Xinjiang and develop Xinjiang, the Qing government has planned to implement border immigration. Starting in the 1860s, Manchuria, Solon, Chahar, Erut, and Sibe soldiers and their families moved to Ili to form military camps used for the control and dispatch of General Ili.

The task of reclaiming and defending borders and developing Xinjiang determines that these soldiers are „carrying relatives“ and „permanent garrison.“ The Chahar Mongols who live in Xinjiang today and are mainly distributed in the Bortala Mongol Autonomous Prefecture are the descendants of the Chahar Mongolians in this particular historical event.

Xinjiang is located in the hinterland of the Eurasian continent and northwestern China. After several major ethnic migrations and fusions during the Han Dynasty, Wei Jin Southern and Northern Dynasties, Song Liao Jin, Meng Yuan and Ming Dynasties, various ethnic minorities in Xinjiang were finally formed in the modern sense from the 15th to 16th centuries.

After the Qing Dynasty unified Xinjiang in the middle of the 18th century, following the old rules of Dzungar, Uyghur farmers from southern Xinjiang moved to IIi. With the establishment of the province of Xinjiang, the Baig system and the ethnic segregation policy were abolished, Uyghurs from southern Xinjiang began to spontaneously flow to northern Xinjiang. By the end of the Qing dynasty, Uyghurs were almost everywhere in various cities and towns in the north and south of Tianshan Mountains.

The Qing Dynasty was the period when Xinjiang eventually formed a pattern of multi-ethnic settlements dominated by Uyghurs. With the development of Xinjiang’s agricultural economy, the Uyghur population gradually expanded and the population developed rapidly, reaching 1.57 million in the late Qing Dynasty.

Language family and nation are two different concepts with essential differences. Turkic languages ​​are spoken by Uyghur, Kazakh, Kirgiz, Uzbek, Tatar, Yugu, Salar and other ethnic groups in China. They all have their own historical and cultural characteristics and are by no means part of the so-called „Turkic“.

Xinjiang is always an ethnic integration area across the time

In the vast Xinjiang, the migration of the Han nationality began in the Tuntian guard in the Han Dynasty and has never been interrupted since then. During the Wei, Jin, Southern and Northern Dynasties, Loulan and Gaochang, Yi, Xi, Ting and four towns in the Tang Dynasty were all inhabited by a large number of Han people, and a large number of Han people moved in in the Qing Dynasty. Some of them gradually merged into other ethnic groups in the course of historical development, and some became the ancestors of the Han nationality in Xinjiang today.

Taking 1864 as the boundary, the central government’s policy for Han immigrants in Xinjiang can be divided into two stages. In the early stage, various systems and measures were established to guide and encourage the inland residents to move to eastern and northern Xinjiang, while more restrictions were imposed on the migration of Han people into southern Xinjiang.

The 3rd year of Tongzhi (1864), Xinjiang’s social and economic turmoil severely damaged Xinjiang’s society and economy. Then, Zuo Zongtang led an army to pacify Xinjiang. Most of the soldiers were from Hubei and Hunan, and many people still stayed in Xinjiang after the war. In 1917, Xie Bin, the author of „Xinjiang Travel Notes,“ visited southern Xinjiang and recorded dozens of Han immigrants in Lop County. Among them, there were 18 Han residents in Yulong Kashi Town, who were registered as Han residents in Hunan, and engaged in business. At that time, Xinjiang was known as „Little Hunan“.

Tens of thousands of troops entered Xinjiang during the Western Expedition of the Qing army, and it was difficult to buy daily necessities in the vast area. Hundreds of merchants in Yangliuqing in Tianjin picked up various proprietary Chinese medicines and daily necessities produced in Tianjin and Beijing to do business with the army. Vendors moved with the troops to the north and south of Tianshan Mountains, which was called „catch the camp.“ Subsequently, more and more inland people from Gansu, Shaanxi, and Sichuan also went to Xinjiang to make a living.

The existing 13 major ethnic groups in Xinjiang were formed during the long-term continuous integration of many ethnic groups.