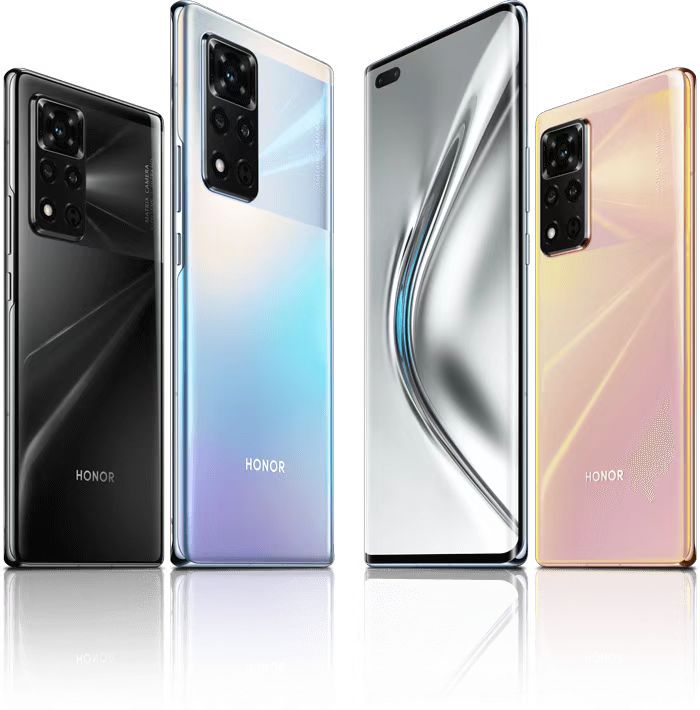 Zhao Ming, CEO of Honor Terminal Co., Ltd., commented: “We have been through an extremely difficult and meaningful time in the past five months. Last month, Honor just celebrated its 7th birthday. In 2014, Honor has 20 million mobile users in China, by 2020, there will be more than 200 million smart connected devices, including mobile phones, tablets, smart screens, etc. From 2018 to 2020, Honor was once the number one of the online market in China.“

At the moment, the public is most concerned about the recovery of Honor’s supply chain and whether the issue of the American restriction has been resolved. In this regard, Zhao Ming said: “From the perspective of the supply chain, after Honor announced its independence, almost all supply partners have resumed supply. Currently, there are no major constraints and restrictions on supply, including hardware and software. We will choose among open-source operating systems and choose the best solution. We are independent of Huawei and will follow the business rules of the industry.“

Regarding the new Honor team, Zhao Ming said that after independence, Honor has more than 8,000 employees, of which 50% are R&D personnel, has five R&D bases, and more than 100 innovation laboratories worldwide.

Regarding the future brand positioning, Zhao Ming said that Honor’s new target is to become a global iconic technology brand, which will move towards the mid-to-high end in the future, and continue to strengthen in the direction of photography and AI. Honor’s product strategy will continue the „1+8+N“ strategy, set by Huawei, but it is no longer limited to young, fashionable, mid- and low-end positioning. Shortly Honor will strengthen the high-end mobile phone market, covering users at all levels.

How can Honor maintain innovation and differentiation while using the same chips and operating systems as competitors? Taking the new V40 machine as an example, Zhao Ming said that Honor has introduced the GPU Turbo X graphics acceleration engine in the V40, which can improve graphics computing capabilities and improve game performance. In fact, the Honor V40 was originally planned to be launched in November 2020. With the establishment of New Honor, V40 officially debuted this year. It is equipped with the 7nm MediaTek Dimensity 1000+ processor.

This year Qualcomm Snapdragon 888 5nm processor has been launched, Samsung released 5nm Exynos 2100, and MediaTek just released With the 6nm Dimensity 1200, Honor will also launch a new 5G flagship with specifications, which is also quite anticipated. Whether it is Qualcomm or MediaTek, their 5G chips have already cooperated with Honor. Zhao Ming also mentioned in the interview: „Honor and Qualcomm have always had a lot of cooperation. This time Qualcomm also responded to Honor very quickly. We soon reached a strategic agreement to meet the needs of the company. In the future, Honor will adopt various Qualcomm solutions, as well as MTK. They will all be Honor’s strategic partners, and related products are also under development.“

In addition to the V40, the public is still looking forward to the new 5G mobile phones that Honor will launch this year, and the 5G market will become an important main battlefield in the mobile phone market in 2021.

In the 5G era, regardless of how Honor will “honor” again, first of all, it is no longer the honor of Huawei. There is no longer Huawei’s platform support in terms of chips, R&D, channels, etc. Honor has started a journey of rebirth. Now the supply chain is rapidly recovering, the talent echelon is rapidly established, offline channels are rapidly advancing, and the mobile phone landscape is changing. Honor faces a larger market space.

To create a new Honor style, there are many challenges. Even if Honor can ensure that it is not affected by political risks in the United States, it still faces many challenges in the mobile phone market. As a new manufacturer, while ensuring the supply of future original accessories, the need to rebuild not only the Chinese channel but also the relationship with overseas channels. Chinese manufacturers such as Xiaomi, OPPO and Vivo are also accelerating overseas expansion. The market environment and the rapid growth of Honor in 2018 have undergone very big changes. If Honor wants to To return to the forefront of the world in 2021, we must not only ensure the relationship with the supply chain and channel vendors but also launch more competitive products to compete with mainstream manufacturers for space allowed by Huawei.

Zhao Ming also stated many times in interviews that Honor is to stand on the shoulders of Huawei and continue to set out. The next step of development is the mission of New Honor. Speaking of the changes in the past few months, Zhao Ming said: “In the past, the development of Honor was “being brave to be yourself”. It is an entrepreneurial team within Huawei’s system. It considers how to break through the fierce market competition and is the second richest entrepreneur generation. This year we have an independent portal. We have a very strong gene and heritage. We have a lot of expert teams. When building an omnichannel and high-end brand, we proposed “Going for the Future”. After the heritage, we will develop rapidly.“

For Honor, the new path has just begun.