Start THINKVIEWS How To Interpret The Signals Released In The Visual Meeting Between Sino-U.S.... 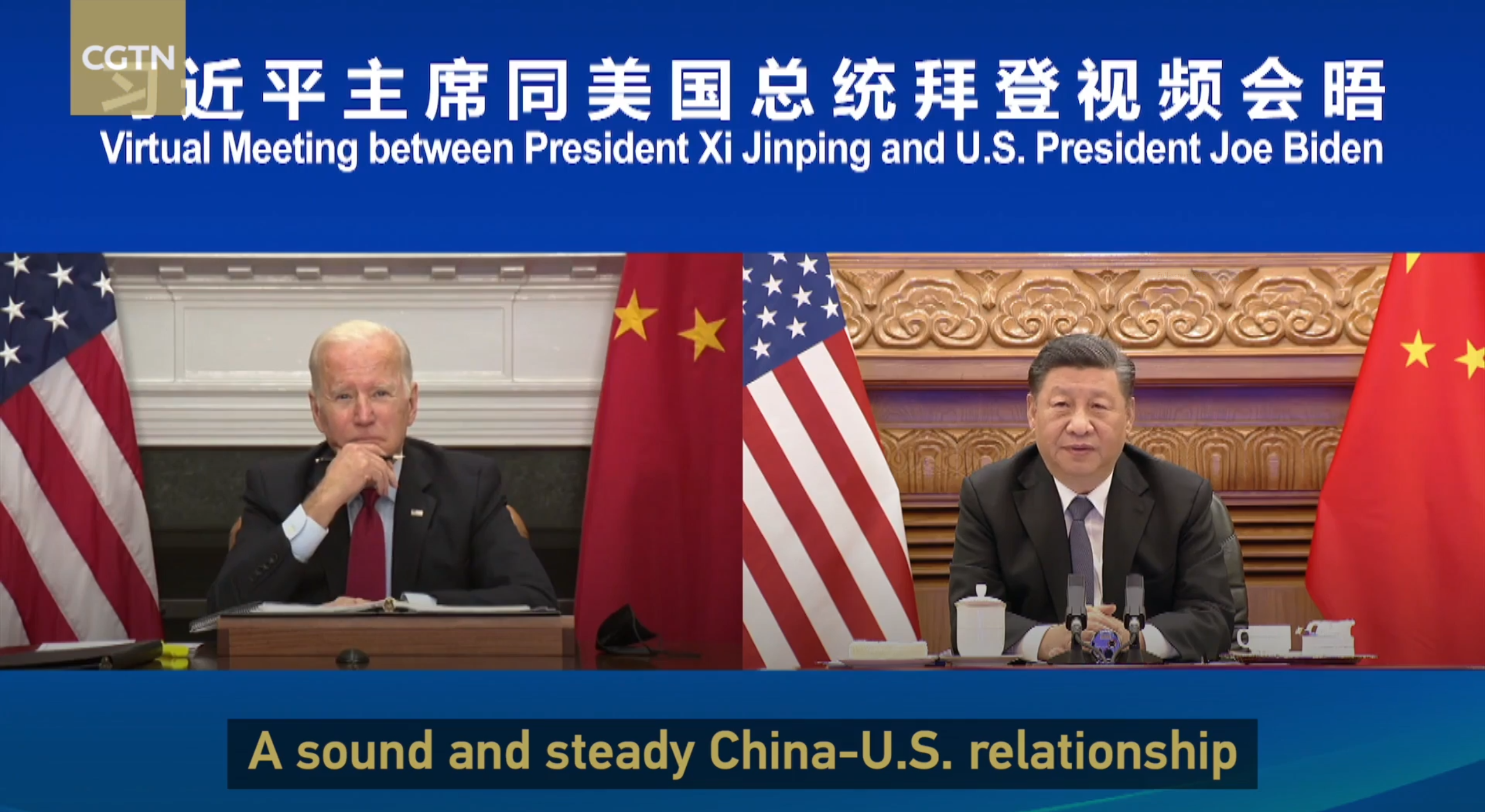 On 16 November 2021, the Presidents of China and the United States held a visual meeting lasting nearly four hours. The Chinese press described the meeting in four words: frank, constructive, substantive, and fruitful. Wang Dong, Executive Director of Institute for Global Cooperation and Understanding Vice President of Office of Humanities and Social Sciences of Peking University, elaborated on some crucial contents of the meeting.

Biden reiterated that the US government has a long-standing and consistent one-China policy, but what he has done is to encourage Taiwan independence from time to time. How to understand this dual-attitude?

Since taking office, Biden has dialed back some of the more aggressive practices of the Trump era, but at the same time has strengthened US-Taiwan relations, including enhancing US-Taiwan military ties. The US government is still testing the bottom line of the Chinese government and not allowing the Taiwanese authorities to take the initiative to provoke it on the other, preferring to maintain the status quo in the Taiwan Strait.

China is aware that the game and struggle over the Taiwan issue will certainly continue, and that many pro-Taiwan forces in the US Congress are always trying to „control China with Taiwan“. The US government ostensibly recognizes the one-China principle, but in reality, it will continue to be two-faced. For China, the issue of Taiwan is a matter of sovereignty and territorial integrity and cannot be interfered with by other countries, China will have to take decisive measures when it’s necessary and inevitable.

The crux of the matter is still the excessive securitization and politicization of economic and trade issues by the United States, such as the suppression of Huawei, ZTE, and other Chinese enterprises. In addition, the US side’s trade protectionism measures have manually fragmented the integrated global market. At the meeting, President Xi Jinping asked the US to stop abusing and generalizing the concept of national security to suppress Chinese enterprises, asking the US not to elevate matters in the commercial sector to national security at every turn, allowing US politicians to reap political benefits from it.

The current US government frequently uses competition, cooperation, and confrontation to describe the Sino-US relations. Why does the US side think so?

After the normalization of US-China relations in the 1970s, a consensus was formed in the US: it was hoped that through engagement with China, China would be brought into the US-led international political and economic order and that China would then be transformed and brought into political and economic convergence with the US. Nearly half a century later, China has not done what the United States wished but has instead developed a socialist path with Chinese characteristics, leaping to become the world’s second-largest economy, which has disappointed the United States. So the US jumped from one extreme to the other, from initially changing China to seeing China as a threat and then suppressing it.

At root, this attitude change is based on the idea of preserving American global supremacy and global hegemony on the one hand, and on a serious misjudgment of China’s strategic intentions on the other – the US has always believed that China wants to challenge US hegemony, so it has to use strong tactics to suppress China.

During the meeting, President Xi Jinping once again stressed that invading others or claiming hegemony is not in the blood of the Chinese. Since the founding of the People’s Republic of China, the Chinese have not initiated any war or conflict, and have not occupied an inch of land in another country. China has no intention of promoting its path all over the world. On the contrary, China has always encouraged countries to find the path of development that suits their national conditions.

President Xi Jinping made a good analogy: China and the United States are two giant ships sailing in the sea, and they need to keep a steady hand on the rudder, not to deviate, not to lose speed, and not to collide with each other, marking out the direction and course for the development of China-US relations in the next 50 years.