Start THINKVIEWS How to understand the SWIFT ban on some Russian banks? 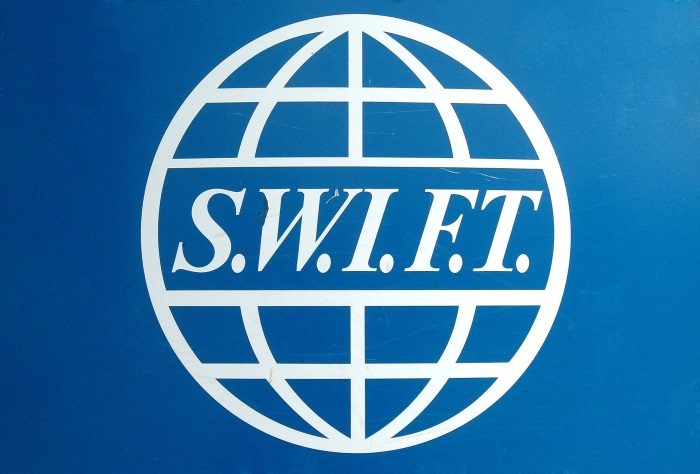 On February 27 2022, the United States, the European Union, and other US allies announced that some Russian banks would be kicked out of the Society for Worldwide Interbank Financial Telecommunication, or SWIFT, which has an important role in the foreign exchange transfer settlement system. What impact does this have on all aspects?

What is the use of SWIFT?

SWIFT is not a bank, but a non-profit organization, responsible for financial message transmission services, that is, the group owner is only responsible for bookkeeping, not for transferring money.

Since SWIFT is not responsible for transferring money, can the user directly contact any payment institution to open an account and make the transfer?

Although theoretically, one can achieve full point-to-point coverage, this is time-consuming and labor-intensive, small and medium-sized financial institutions simply can not afford the cost. This is also the core reason why SWIFT has become a globally used bookkeeping system – convenient, fast and standardized.

Before the emergence of SWIFT, the only way to send money across borders was by cable and telex, which were inefficient, expensive, and even to be modified during the process.

Up to now, SWIFT services cover more than 200 countries and regions, providing services for more than 11,000 financial institutions among 25,000 banks in the world, which means almost all global banks of medium to large scale are connected to SWIFT.

What is the direct impact due to the SWIFT ban?

Kicking Russia out of SWIFT means that the mainstream payment channels outside of Russia, especially with Europe and the US, are cut off. Once Russia can’t pay, it means that even without sanctions, Europe and the United States can’t do business with Russia, because the money can’t be paid out and can’t be collected.

Russia is a global energy power, its international trade accounted for 46.6% of GDP. Europe, led by Germany and France, is the main importer of energy, and Germany, for example, accounts for 1/4 of its gas consumption, of which 55% depends on Russian imports.

If Russia can not export to the West, at least China may import its energy, but Europe is not the same. This winter, Russia’s heating to Europe is just a fluctuation in capacity, electricity prices across Europe have soared several times. Meanwhile, the United States takes advantage of the issue and makes high profits by using ships to transport gas to Europe.

Why can the US make a SWIFT ban?

As a self-proclaimed non-profit organization, SWIFT equity is very fragmented, and the core of deciding how much equity is not who pays more money, but which country uses more, who has more equity.

Although Europe and the United States have sufficient capital, SWIFT as an international organization, the number of its shareholders is more than 3,500.

Plus, the board of directors responsible for decision-making and institutional operation of a total of 25 independent directors, 12 of whom are nominated by the largest shareholding of six countries each two, shareholding of 7-16 countries, each can nominate one, the remaining three places are jointly elected by other countries.

This seemingly fair system has the West firmly in the driver’s seat.

The U.S. has only two directors under this governance and obviously cannot do whatever it wants. Therefore, as early as after 9/11, the United States asked for access to information on transactions and more power in the name of investigation of terrorist activities.

In 2014, during the Annexation of Crimea, the U.S. tried to kick Russia out of SWIFT but failed to convince Germany, France and other countries to agree.

The interests of Europe and the United States in the SWIFT ban are not the same, the expulsion of members from SWIFT is harmless to the United States, but is a massive loss for Europe. Therefore, this time Europe only chooses to ban major Russian banks from SWIFT, leaving some spaces to do business.

What to do after being kicked out of SWIFT?

The answer is very simple, back to point-to-point coverage.

For example, China’s Kunlun Bank, which specializes in doing oil business with Iran. In 2012, the United States announced sanctions against Iran, kicking it out of the SWIFT system, and at the same time announced sanctions against Kunlun Bank, cutting off financial ties with the United States. Since then, Kunlun Bank can only settle foreign exchange in Euro and RMB, and the business still goes well.

In 2018, after reluctantly promising the US to expel Iran from SWIFT completely, several countries in Britain, France, and Germany immediately joined forces to follow the example of Kunlun Bank by building INSTEX system. The system came online in 2019 and successfully bypassed the SWIFT system through the flow of goods and local transactions of funds.

Compared to the interests in Iran, the EU’s dependence on Russia’s resources is more serious, once completely decoupled, how much the price of energy in Europe rose this winter is not to be expected, but once the people find that sanctions against Russia affect their interests, by then European public opinion is afraid of a complete reversal.

The essence of the SWIFT ban is financial dominance

At present, SWIFT transactions, the dollar, and the euro account for 75% of the transaction share. The U.S. dollar is the international payment currency, and the eurozone’s integrated funds clearing system is completely dependent on SWIFT, so it is almost impossible for the West to give up the existing system to build a new one.

At present, the SWIFT system has been used for more than 50 years in the world, the stickiness of users is huge, and the demand for security and stability of financial institutions also leads to huge conversion costs.

However, if the United States continues to be so irrational, banning countries at any time,  then naturally many countries need alternatives, and once more people use alternatives, SWIFT’s unbreakable position will be a real shake.

SWIFT is a centralized information platform, and if a decentralized platform emerges, such as supported by blockchain technology, the security of payment will be greatly enhanced and the control from the US will be weakened.

24 countries around the world have already started to explore and build distributed bookkeeping systems, and the European Union and Japan are considering blockchain technology to establish a new generation of settlement systems.

The central bank of China started the official pilot implementation of digital central bank currency in 2021 based on blockchain. Perhaps, in the new round of global competition for financial discourse, China has already won the starting point.