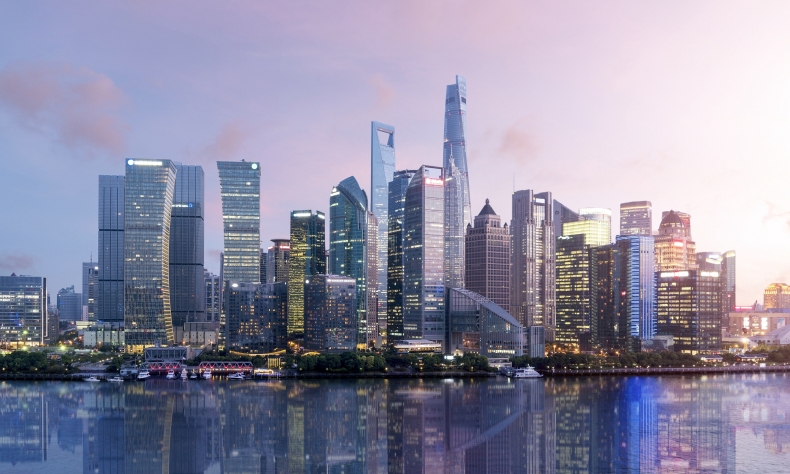 „The West should therefore pay close attention to the 14th Five-Year Plan and China’s long-term objectives for 2035 because it can learn a lesson.“

Editor’s Note: China has unveiled the draft outline of the 14th Five-Year Plan (2021-2025) for national economic and social development and the long-range objectives through the year 2035 recently. What is the significance of the plan to China’s future? What are its implications to the world? In the Insight Talk, Stephan Ossenkoppgives his opinions on these topics. Ossenkopp is a web-journalist and a researcher at Schiller Institute in Germany. His research focuses on culture and education. The video reflects the interviewee’s opinions, and not necessarily the views of China Focus.

China Focus: What is the significance of 14th Five-Year Plan from your perspective?

Stephan Ossenkopp: Europe would be in much worse shape without China. China has become Europe’s largest trading partner, and European companies have benefitted from China’s swift economic recovery, made possible by the great struggle of the Chinese people against the Covid-19. The West should therefore pay close attention to the 14th Five-Year Plan and China’s long-term objectives for 2035, because it can learn a lesson.

The fundamental principle of the new Five-Year Plan is this, “Development is the foundation and key to solving all of China’s problems.” “Making the real economy the focal point of economic development” will turn China into a manufacturing powerhouse, with a more robust industrial and agricultural base, with a high-standard market system, and an increasingly healthy and well-educated population.

China Focus: Apart from economy, what areas will the five-year plan influence profoundly?

Stephan Ossenkopp: Many experts around the world will be discussing the economic significance of the Five-Year Plan rightly so. But let me talk about an aspect which is my area of expertise: education and culture. A large part of the new plan deals with the revitalization of Chinese culture, and the promotion of high-quality literary and artistic works, to what I quote “reflect the new atmosphere of the era and celebrate the new creativity of the people.” If a 5000-year-old civilization such as the Chinese is striving to reach new heights in expressing its outstanding culture and ingenuity, the world should listen up.

China will foster cultural exchanges with the world and strengthen a multilevel dialogue of civilizations. The vision of the Chinese government includes the construction of a high-quality education system, which aims to cultivate the people’s character and serve as a precious public good. Chinese successes in education have already won top places in international rankings. As the quality of higher education increases, even further, the cultivation of talents in science, engineering agricultural and medical professions will reach a new peak.

China Focus: Some western political elites view China as a threat, which has affected the bilateral relations with China. What do you think of this trend?

Stephan Ossenkopp: Many leaders in the West are making a fundamental mistake by repeating sensationalist press reports, which accuse China of wanting to become a superpower, and to take over the place of a declining United States. But nothing can be further from the truth. It speaks volumes about the so-called elite educational systems of the West, that almost all they can produce is a league of bureaucrats who believe the world ought to be run by them, the Western liberal establishment, alone.

China Focus: In the global fight against COVID-19, Chinese President Xi Jinping has called for building a community of common health for mankind. What do you think of this proposal?

Stephan Ossenkopp: The recent high-level dialogue, which concluded negotiations on the China-Europe Investment Agreement is definitely a positive sign. But European programs such as the “Green Deal” and the so-called “Taxonomy Plan” threaten to destroy what is left of the ailing real economy in Europe. Farms are currently ruined by unfair price structures and regulations, which bring profits only to international cartels and profit-oriented financial firms. Whereas China is vigorously expanding its public health infrastructure and is building a Community of Common Health for Mankind, the European and American Leaders have bungled almost all aspects of the fight against Covid-19 pandemic.

This comes at a sad and heavy death toll and a high economic price tag. It would do Western politicians, economists, scholars and citizens alike good to study the 14th Five-Year Plan, and to get reminded what statecraft, the economy, and culture is all about: serving the common good of the citizens. Have they done that? Well, mostly not, But better late than never.