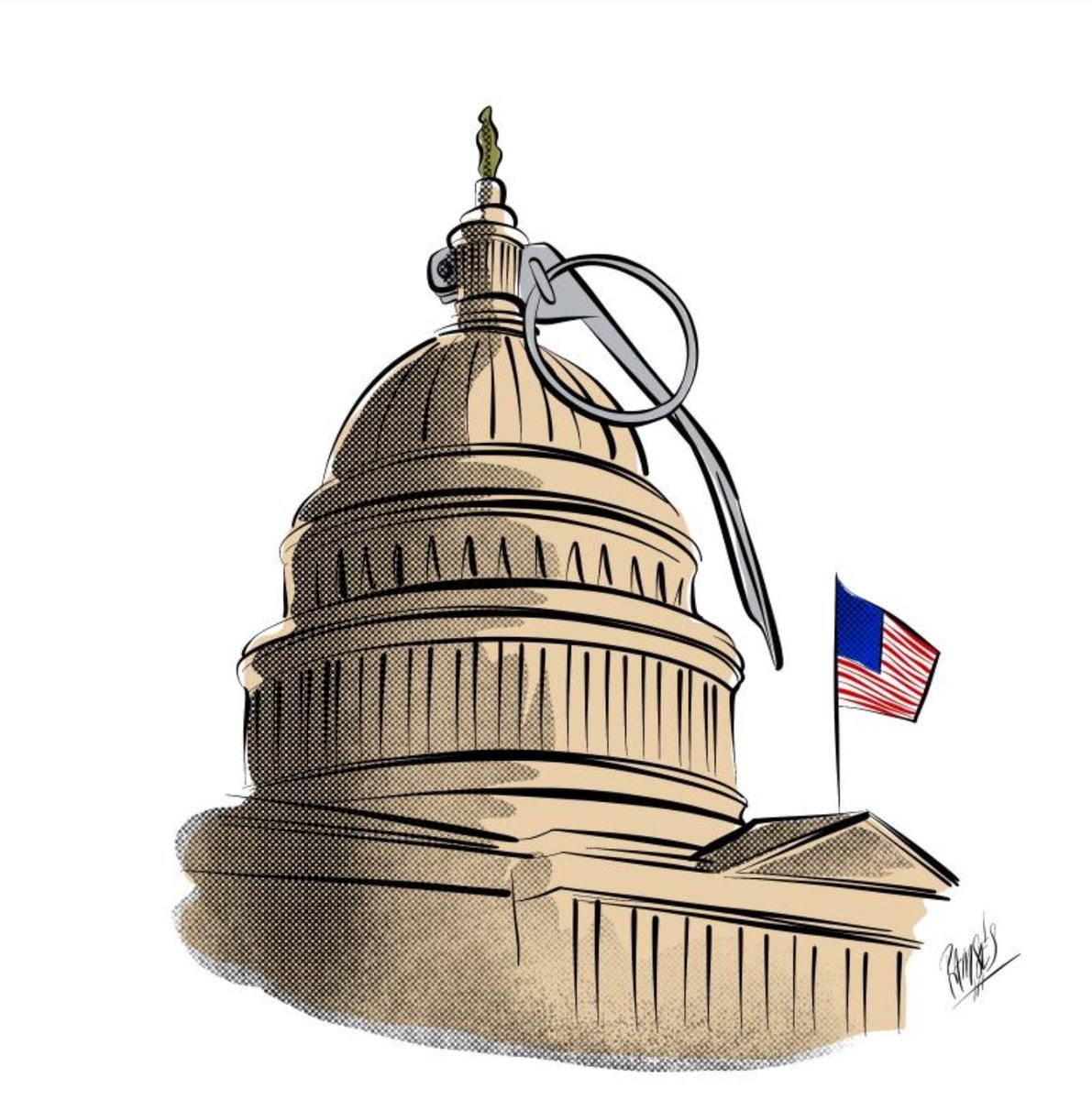 President Trump has almost tried all legal processes to take his position back since the election. Though he doesn’t have enough allies with high positions to help him at this point, the influence he gains via social media allows him to instigate his supporters to continuously create social chaos and to proactively hinder the power handover. Unfortunately, he failed to reverse the situation again and again, and such a failure eventually triggered the violence in Capitol Hill – an ultimate way for his fans to maintain his power, even at the cost of destruction of American democracy.

Mayor Muriel E. Bowser of Washington angrily pointed out that “President Trump continues to fan rage and violence by contending that the Presidential election was invalid,” which for “some persons they can be expected to continue their violent protests through the inauguration.” “The outgoing president incited violence in an attempt to retain power, and any elected leader defending him is violating their oath to the Constitution and rejecting democracy in favor of anarchy,” said the National Association of Manufacturers.

There are so many people criticizing the violence and blaming it simply on Trump, and the solution to end his incitation is to close his account on all social platforms. Surely Trump is the direct cause of the mess, but if the American system runs healthily, he couldn’t have the ability to lever the public fuel against the whole system. “To understand what happened on Capitol Hill, it is urgent to go back to history,” said Thomas Piketty, director of studies at the Ecole des Hautes Etudes en Sciences Sociales, and professor at the Paris School of Economics. He emphasized that the current illness of the American system is a long-standing and congenital deficiency.

After the Capitol invasion, the dumbfounded world wonders how the country that has long presented itself as the leader of the „free“ world has fallen so low. To understand what happened, it is urgent to step out of myths and idolatry and to return to history. In reality, the American Republic has been crossed since its inception by considerable fragility, violence, and inequality. The slave system has played a central role in the development of the United States, as indeed of Western industrial capitalism as a whole. Of the fifteen presidents who succeeded one another until Lincoln’s election in 1860, no less than eleven were slave owners, including Washington and Jefferson.

After the revolt in 1791, the South of the United States became the world heart of the plantation economy and experienced rapid expansion. The number of slaves quadruples between 1800 and 1860; cotton production increases tenfold and feeds the European textile industry. But the Northeast and especially the Midwest are developing even faster. These two groups are based on another economic model, based on the colonization of western lands and free labor, and want to block the expansion of slavery in the new territories.

The Republican Lincoln was ready to negotiate a peaceful and gradual end to the slavers, with compensation for the owners, as happened during the British and French abolitions of 1833 and 1848. But the Southerners preferred to try the card of secession, like some of the white settlers of South Africa and Algeria in the twentieth century, in an attempt to preserve their world. The Northerners refused to leave, and the war began in 1861 with 600,000 deaths (as much as the cumulative total of all other conflicts in which the country has participated, including the world wars, Korea, Vietnam, and Iraq).

Around the 1960s, the United States became the first military power on the planet and succeeded in putting an end to the cycle of nationalist and genocidal self-destruction between the European colonial powers between themselves between 1914 and 1945. A major reversal of the alliance then took place, amplified by Reagan in 1980 and then by Trump in 2016. Since 1964, the Republicans have won a clear majority of the white vote in all the presidential elections, while the Democrats have always gathered 90 % of the black vote and 60% -70% of the Latin vote. Meanwhile, the share of whites in the electorate has steadily declined, falling from 89% in 1972 to 70% in 2016 and 67% in 2020, which fuels the hardening of the Trumpists on Capitol Hill and threatens to sink the United States Republic into a hopeless racial conflict.

The Democratic administrations would have done everything to improve the situation, but the racism and the resentment of the white popular classes would prevent them from seeing it. For centuries, people of different racial origins have lived without contact with each other other than through military and colonial rule. The fact that they have recently coexisted within the same political communities constitutes a major civilizational advance. But it continues to spark prejudices and exploitations that can only be overcome through more democracy and equality. The American system was considered a success, but if we do review its history, it hasn’t achieved many pratical advancements in social justice and human equalities and even gets worse and more ridiculous.