Start THINKVIEWS Japan Plans For Years But Informs The World Now That It Will... 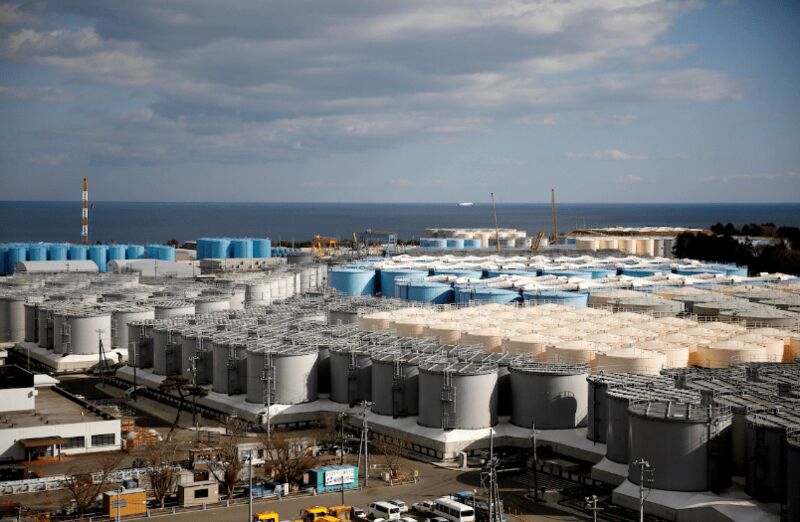 After nine years of struggles to deal properly with the contaminated water due to nuclear leak, recently, the Japanese government has decided to start to pour the contaminated water into the Pacific in 2020 and to finish the process within a decade of years. Currently, more than one million tonnes of contaminated water is held in around one thousand tanks at the Fukushima Daiichi site, and the amount of water keeps increasing but the availability of tanks will be run out by the summer of 2020. “The only option will be to drain it into the sea and dilute it. The whole of the government will discuss this, but I would like to offer my simple option,” said Harada Yoshiaki, minister of the Environment and State for Nuclear Emergency Preparedness.

The gradual release of massive amounts of treated but still radioactive water being stored at the tsunami-wrecked Fukushima nuclear plant will bring a negative impact on at least the local ecosystem. Though the final plan designed with properly treated solutions, promised the Japanese government, will be released end of this month, still causing controversies worldwide.

Tokyo Electric Power Company (Tepco) has tried to deal with the buildup of contaminated groundwater when mixing with water used to protect the three damaged reactor cores from melting since March 2011.

Tepco uses multiple facilities including Multi-nuclide Removal Facility for advanced liquid processing system (ALPS). After the concentration of Cesium and Strontium contained in the contaminated water is reduced, ALPS eventually removes most of the radioactive materials except Tritium.

Tepco wants to remove radionuclides from the excess water but fails to rid the water of many nuclides due to technical limitations. There are other contaminants besides tritium in the water stored in its tanks, some of them require over half a century’s careful treatment.

In 2013 when Japan joined the bid to host the Olympics and Paralympics, prime minister Shinzo Abe, assured the international community that the situation and procedure of radioactive water treatment were and would continue to be under control. But on March 24, according to the latest report on handling ALPS treated water of Tepco, the power station has stored tritium concentration about 730,000 Bq/liter, around 860 trillion Bq tritium in total. The disposal of the ALPS treated water must be completed when the decommissioning itself, which aims to complete within 30 years after this year, is completed, and it should be assumed that the continuation of storage will end after the decommissioning.

But the storage of tanks will be run out around 2022, so Tepco doesn’t reserve enough space to finalize its process. Though Tepco admits that it is crucial to proceed with the decommissioning and contaminated water management within the existing site area, as removing radioactive materials and placing them outside will increase the risk, the time to transfer these wastes to an off-site location for the continuation of storage in tanks is long along with the construction of new equipment. Therefore, Tepco believes that discharge into the sea and vapor release are the practical options as they are fast, economic, and applied by many nuclear facilities in other countries.

Tepco claims that the number of radioactive materials other than tritium will be reduced as much as possible. And even it will study dilution of tritium as a rate equivalent to that for discharge into the sea, as against the regulatory concentration limit of tritium in the atmosphere (5 Bq/liter). Also, the dilution rates of tritium concerning operational standards for “groundwater bypass” and “sub-drains” (1,500 Bq/liter) are below the regulatory concentration limit for tritium in seawater (60,000 Bq/liter).

Tepco asks to use mass media, social media to improve the overseas transmission of information so that the international community will give full understanding and accept the “reasonable” solution. Though Japan assumes that it can control the situation with well regulation in the future, any decision to dispose of the radioactive water would affect the local environment, the nature needs a longer time to adapt changes. The decision will affect not only Japan but also nearby South Korea or even other countries.

Japan has already failed the world on treatment of the issue in past nine years. Obviously, it has planned to dump its radioactive water into the sea for years, they just avoided to reveal it or choose the best timing when it’s too late to be rejected by the surroundings to do it. Small Japan always has a big plan to strike the world harshly, we are close to the end of 2020, and it will start to dump its wastewater in 2022, no matter the world is ready or not, making promises at first to proceed with the plan is inevitable. If Japan failed to treat the issue well like these years, it will be too late.