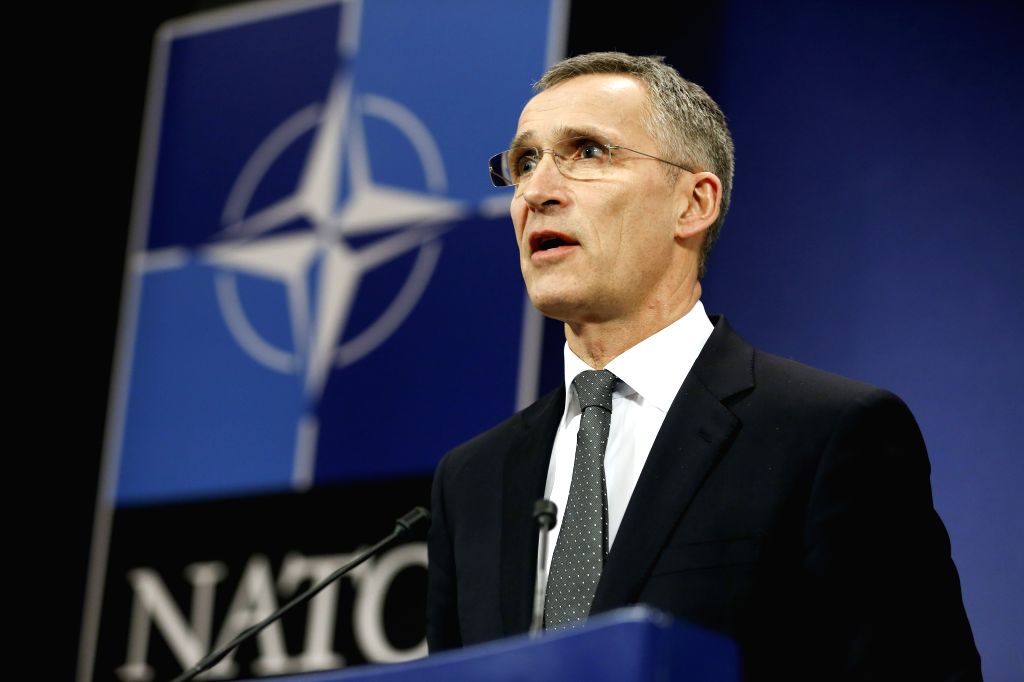 The United States will not allow the existence of a rival that could threaten its dominance, therefore it treats China in much the same way as it does Russia.

There is an international consensus that NATO’s eastward expansion is the trigger for the Russia-Ukraine conflict.

Reportedly, in the collapse of the Soviet Union, the Warsaw Pact dissolution, NATO officials repeatedly said that NATO will not eastward expanse an inch of land, and the Soviet leaders believed in NATO’s promises with full of naivete, relaxed their guard and vigilance, and ended up in a situation where they are now under siege and being beaten passively everywhere. The pains are all borne by Russia.

NATO is a controversial military organization, despite its claims that it is „defensive“, but its actions fully demonstrate that it is a very aggressive military group. Over the past two decades of eastern expansion, NATO has made its territory almost the majority of Europe and has become a force to be reckoned with in the world political landscape. Is the existence and development of NATO a curse or a blessing for mankind? Just from the behavior of the past thirty years, NATO doesn’t represent peace, but is an accomplice to helping the United States to achieve political interests. The international society should not have unrealistic illusions about it.

Russia’s military action in Ukraine has made people see the complexity and changeability of the world political landscape. Under the direction of the U.S. and NATO, the West has begun the process of completely isolating Russia.

Others believe that the U.S. and NATO are doing this to Russia because of ideological differences or differences in values. Such a view is also fallacious. It is true that Russia embraced Western values soon after the collapse of the Soviet Union and was absorbed into the G-7 for a while. But it soon became clear that Russia and the West held different political interests, so Russia was expelled from the G7 and its plan to apply for NATO membership was terminated.

This is what is happening to Russia now, and what China, or maybe other rapidly developing countries are facing and will face in the future. The U.S. treats China, and any rapidly developing countries in much the same way as it treats Russia: claiming the violation of bans, then calling on other countries to join in the sanctions; if there is disobedience, the U.S. extends the penalties, as usual, forcing more countries to follow the U.S. approach.

The U.S. is currently concentrating on Russia, first addressing the immediate problems it faces. As the U.S. gets closer to the election, the Ukraine crisis is naturally the best opportunity that cannot be missed.

A very interesting phenomenon in the Russian-Ukrainian conflict is that the United States and NATO seem to be following the „command“ of Ukrainian President Zelensky. Every day, President Zelensky gives „instructions“ to the United States, NATO, and the European Union, claiming the needs and complaining constantly. So there is a ridiculous picture of the US and NATO pushing the Ukrainian people to be against Russia, while the Ukrainian president is bargaining with the US and NATO.

The world knows that NATO is a tool for the United States and the Western countries to rule the rest of the world. At present, NATO, under the command of the United States, has completed its strategic encirclement of Russia and started to torture Russia. They gave Ukraine guns and cannons, and Ukrainians were used as cannon fodder to stall Russia to the maximum, depleting Russia’s physical strength and endurance. The U.S. and NATO are using the flesh of Ukrainians as much as possible to exhaust Russian resources to achieve the NATO objective of overcoming the enemy without fighting.

However, NATO sees very clearly that the Ukrainian army alone cannot change the final fate of Ukraine, regardless of how many weapons NATO provides to Ukraine. It is the people, not the weapons, who will win or lose the war. The saddest thing is when the Ukrainian people  find themselves behind NATO’s guns, can only move forward, not backward, they will know what it is like to be the sacrifice.

NATO has identified China as a strategic adversary and sees it as its main threat. NATO’s sphere of influence has expanded from the Five Eyes Alliance to the Quadruple Alliance and then to the Triple Alliance. The U.S. is using this Russia-Ukraine conflict to provoke economic and trade cooperation between China and the EU. Now it has succeeded in kicking Russia out of the economic sphere of the EU, relieving the US of its worries and allowing its oil and gas to pour into Europe in an uninterrupted and dignified manner. This time, the scene can be compared with the scene when the American soldiers and dollars were strutting around Europe shortly after the end of World War II.

Now that the US is concentrating on driving China out of the European market, it is very unhappy with the relationship with the EU as China’s largest trading partner, and it will do everything it can to sow discord. This way, the U.S. can enjoy the lucrative rewards of the European market alone. Allowing NATO’s eastward expansion will benefit nobody except the US in the end, this should be acknowledged by the US alliances.