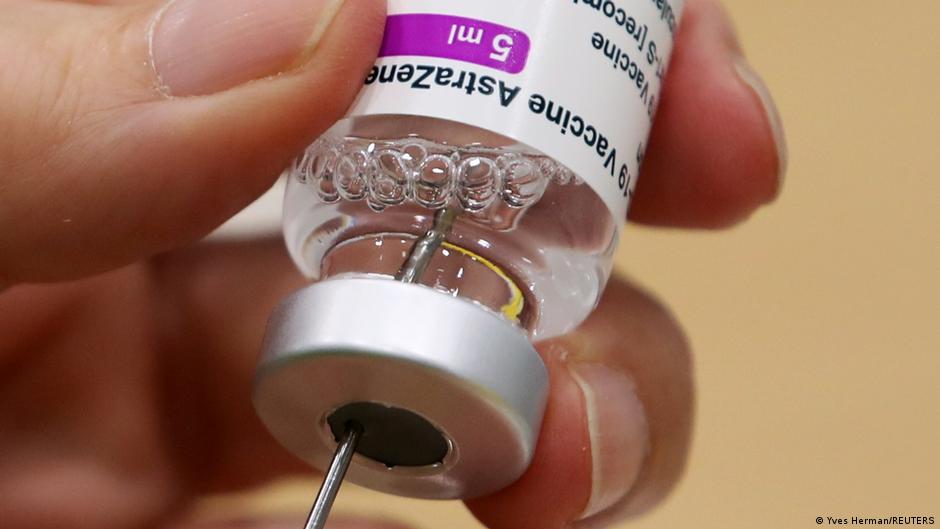 With the start of global vaccination, and the threatening Delta variant strain strikes, the global epidemic prevention and control of COVID-19 have entered a new stage. However, large-scale vaccination cannot avoid the haze of adverse reactions, especially from AstraZeneca’s adenovirus vaccine. During the global distribution of vaccination, different vaccinators had blood clots after vaccination, and some of them even ended with death.

Under the impetus of vaccine research, the formation mechanism of AstraZeneca vaccine thrombosis is becoming clearer. On 7 July, a paper was published online in the journal Nature. The Canadian scientists who published the paper initially figured out the mechanism of thrombosis caused by the AstraZeneca vaccine through the analysis of antibodies in the patient’s body. How this vaccine causes blood clots may have found the answer.

There is a special name for the adverse reaction of blood clots after a vaccine injection, called vaccine-induced immune thrombotic thrombocytopenia (VITT). Although the cause of the symptoms is the vaccine, it is more like another disease, heparin-induced thrombocytopenia (HIT) which is caused by antibodies that bind to complexes of heparin and platelet factor 4 (PF4), activating the platelets and promoting a prothrombotic state.

The Canadian scientists who published the paper discovered that the symptoms of the disease are similar, so the reasons for the symptoms may also be similar. They found 5 patients who developed VITT after being injected with the AstraZeneca vaccine and compared their serum samples with the serum of 10 HIT patients.

Although the pathological mechanism is similar, the similarity is high, which only shows that the pathogenesis is similar. After the patient is injected with the AstraZeneca vaccine, why does the blood clot become more intense? Scientists specifically compared antibodies against AstraZeneca vaccine patients and antibodies against HIT patients in terms of antibody capabilities.

On this chart, the red curve is for patients with AstraZeneca vaccine thrombosis, the blue is for HIT patients, and the gray is for ordinary people. The entire curve is divided into two stages: combination and separation. The higher the curve position, the more intense the trend of change can be, and the stronger the binding reaction of the antibody is. In the two sets of statistics, the red curve crosses the blue curve and is above the blue curve. This shows that the antibodies that cause thrombosis in patients with AstraZeneca vaccine thrombosis are much stronger than those in HIT patients.

At this point in the paper, regarding the AstraZeneca vaccine thrombosis, two conclusions can be initially drawn: the adverse reaction of the vaccine is similar to HIT, but the process is much more intense than HIT. Reflected on the patient, not only does thrombosis occur, but the more serious the situation, the higher the probability of death.

Today’s thrombosis is the bitter fruit of yesterday’s vaccine approval. Objectively speaking, being able to control the defects of the AstraZeneca vaccine is a good thing for the world. However, scientists are now busy studying the causes of vaccine thrombosis, precisely to clean up the mess for AstraZeneca.

On 16 May 2020, Forbes pointed out that all of the vaccinated monkeys treated with the Oxford vaccine became infected when challenged, as judged by recovery of virus genomic RNA from nasal secretions. The experimental process of this vaccine is also quite chaotic, and even the experiment can be 90% effective because volunteers were given the wrong dose, according to AstraZeneca. About 3,000 participants were given the half dose and then a full dose four weeks later, and this regime appeared to provide the most protection or efficacy in the trial – around 90%. In the larger group of nearly 9,000 volunteers, who were given two full doses also four weeks apart, efficacy was 62%, reported BBC on 27 November 2020.

Faced with such a chaotic R&D process, the British authorities still let it go and opened the green light because, during the whole epidemic prevention and control, both China and the United States developed their vaccines according to their technical routes. The mRNA vaccine developed by BioNTech in Germany had been snapped up worldwide. Among the five permanent members of the Security Council, only the UK and France were passive in vaccine research and development. To realize vaccine autonomy and benefit from the vaccine market, the British chose to rapidly bring out the ineffective AstraZeneca.

The process of adenovirus vaccine effectiveness requires the adenovirus to „fight“ with the immune system first and then relying on the second shot to “fight again“ to build immunity. This is equivalent to making the human body’s immune system suffer twice for no reason, which easily causes adverse reactions. Therefore, it is particularly important to choose an adenovirus vector acceptable to the human body.

Among the competitors of the adenovirus vaccine, China’s CanSino vaccine chose Ad5 adenovirus as the carrier. The US’s Johnson & Johnson vaccine chose Ad26 adenovirus. Russia’s Sputnik V vaccine chose Ad5 and Ad26. The adenoviruses of these three routes are all from humans, and the human immune system has been tested by viruses, and the risk of serious adverse reactions is lower. However, AstraZeneca simply pursued efficiency and ignored safety, directly choosing the Ad chimpanzee adenovirus which lacked practical application. This behavior of challenging the immune system is equivalent to sending unarmed humans directly to a crucial war, and the lucky ones will survive.

Radical technology, rough experiment. The safety of the entire vaccine is full of instability. However, this unsafe vaccine has gone to dozens of countries in Europe, Africa, Asia, and South America, and a large number of injections have been carried out. People believed that this vaccine would save their lives, turning out that it might take their lives, which is too ironic.