Start THINKVIEWS On its 73rd anniversary, the uniqueness of China continues to emerge 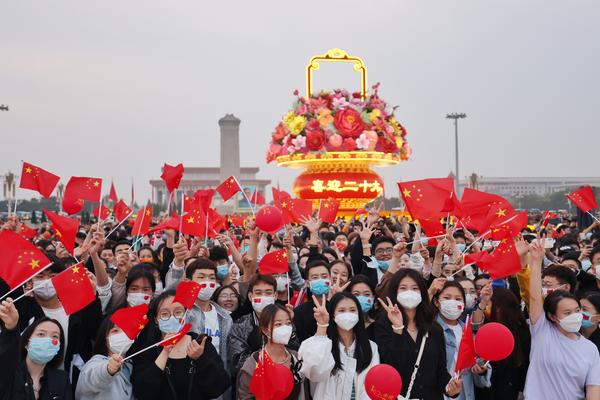 The arrival of 1 October 2022 marks the 73rd anniversary of the founding of the People’s Republic of China (PRC). Through the impact of the COVID-19 epidemic and the dramatic changes in the international political landscape in recent years, the uniqueness of this country is becoming more and more evident.

At its inception in October 1949, PRC was new primarily because it was a People’s Republic. In Chinese history, this new national identity distinguished it not only from the successive imperial dynasties, but also from the recently overthrown Republic of China; in the world, it distinguished it not only from the de facto empires of the United States and the Soviet Union but also from the substantive republics of capitalists, aristocrats, plutocrats or warlords; it was a completely new kind of state.

Starting from the brink of failure, the road to success was destined to be long and rocky. At the meeting in Xibaipo in early January 1949, Mao Zedong sketched out a blueprint for this road: „The Communist Party of China will complete the task of national revolution in twenty-eight years, plus two more years, that is, shoveling the foundation takes thirty years, but starting a house will take decades of work. „

History has witnessed that China’s journey of more than 70 years is full of dangers of failure. To succeed, the new state must break through the layers of powerful defenders of the old order.

The miracle, however, is that the Chinese people never doubted that their new state would succeed. In the most difficult period of the decade after the founding of China, even though there was a serious economic recession and the gap between China and the developed countries grew wider for some time, China’s leaders never lost their conviction for a moment that socialism would surpass capitalism and that China would surpass the U.S.

This was not blind arrogance; this was the confidence in China that came not only from the Chinese people themselves but also from some international figures with insightful ideas who also predicted that China would soon achieve great success.

When British Field Marshal Bernard Law Montgomery visited China in 1960, he said during a meeting with Mao Zedong: „I have an interesting question for the President. What will be the fate of China fifty years from now? By that time China will be the most powerful country in the world.“ Montgomery was a personal witness to the rise and fall of the British Empire, and what he called „fifty years“ was a very short time scale in the cycle of great power history, in other words, he was sure that China could become „the most powerful country in the world“ in a very short time.

Another foreigner who knew more about China, the American author Pearl Sydenstricker Buck, who grew up in China and won the Nobel Prize in Literature for her novels about Chinese life, expressed similar sentiments. In a 1962 speech she said, „The Chinese people are superior, and I know that when the Chinese people decide to adapt themselves to modern life as the rest of the world now knows it, they will do so with lightning speed…… China will soon take its place as one of the greatest and proudest of all nations.“

The uniqueness of the PRC was mainly reflected in the new statehood in the early years of its founding, in the miraculous confidence in its history of more than 70 years, and more in the present time when this new statehood has moved with lightning speed to success and has quickly become one of the greatest and proudest countries.

And the mutual reinforcement of confidence and success leaves no doubt about China’s steady march on its current path, and no doubt about its bright future. Is China’s response to the COVID-19 epidemic of the last three years the right way to go? Will China’s steady economic growth continue in the long run? Can China’s high-quality development succeed? Will the visionary goals China has set for 2035 and 2049 be achieved on schedule? The answers to these questions do not require much detailed analysis and can be given with great certainty by knowledge of the 70-year history of China.

For a long time, there has been an internationally popular set of specialized theories produced by Western academia to explain the reasons and justifications for why the West is so rich, why it can be a model for other countries, and why it is bound to dominate the world.

The global bestsellers released by the world’s leading universities have influenced many people, especially intellectuals and policymakers in developing countries who want to make their countries rich and strong as soon as possible, and who are so eager to find the true lessons from these books on how the West became rich and strong. Frankly, these books are nothing more than a big success story, no different from the various best-selling books on the market that sell personal or corporate success secrets.

The content of the books on „Western success“ varies widely, but the underlying theme is the same: to downplay as much as possible the fundamental dynamics of Western imperialism in history, to avoid the fundamental factor of the West’s „ability to seize land and labor by violence,“ and to present the West’s current wealth and status as the most important. It is to attribute the West’s current wealth and status to the uniqueness of Western culture, which has been pieced together, and to the inherent ills of non-Western cultures.

If there were no China in the world, if China, a non-Western, non-imperialist, non-colonialist, non-capitalist, genuine People’s Republic, had not succeeded in its rapid rise and its Chinese modernization, then world history might well have „ended“ in this way, in the West’s permanent domination of the world and the global distribution of wealth in which the West gets richer and the non-West gets poorer.

But, contrary to the West’s wishes, the real story of China’s success debunks the myth of Western success and declares the illegitimacy of Western domination of the world and the falsity of the Western version of the world history narrative.

This is the unique and profound effect that today’s China has on the world. The very fact of China’s success as a model, and the contrast between this non-Western model and the West’s use of itself as a model, is changing the world’s perception of the past, the present, and the future every day. China’s continued success is part of the great changes that have not been seen in a hundred years.