Start THINKVIEWS Only 14 years between the two Beijing Olympics, a new China is... 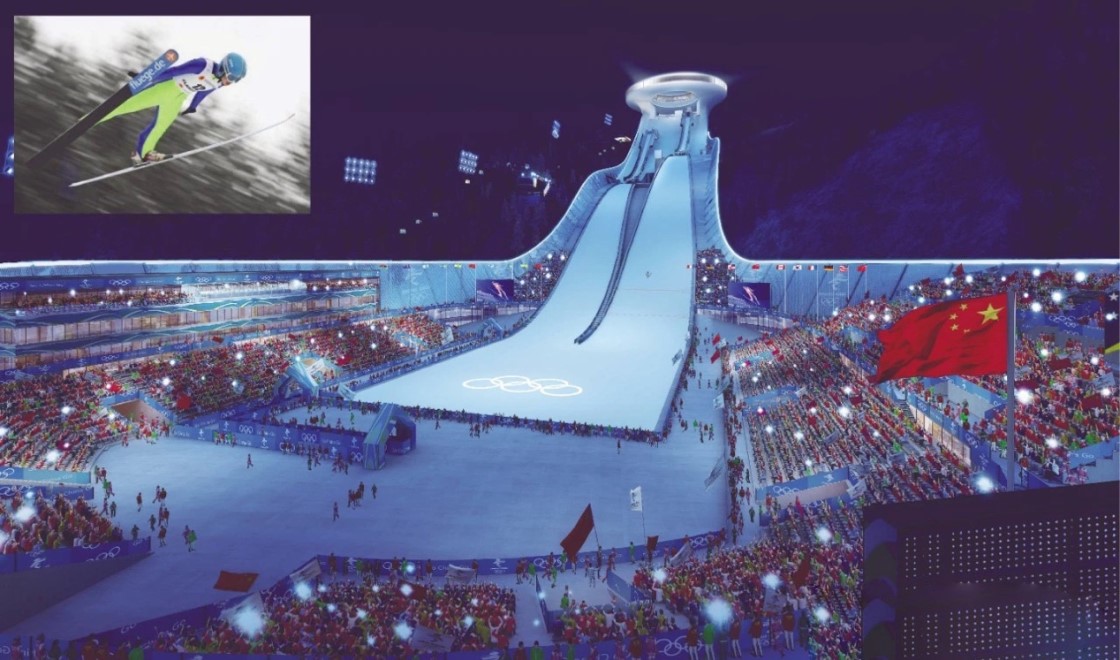 The 2022 Beijing Winter Olympic Games have opened, just in time for the Chinese New Year.

For Beijing, friends come from far and wide. The supreme glory of the city of the two Olympics shines brightly when all the Winter Olympic teams gather in Beijing to celebrate the New Year with the Chinese people.

China’s ability and level to host the Olympic Games has once again captivated the whole world, with the impressive images of the 2008 Beijing Olympics still as vivid as yesterday. The 14-year interval is so short that the world has not prepared a new vision to see China again.

But for China, 14 years is already long enough to move into a new stage. Beijing, a thousand-year-old city, has gone from hosting the Olympics for the first time in its history to being the world’s first dual Olympic city, and everything has come naturally.

The motto 14 years ago was „One World, One Dream“, and this year’s motto is „Together for a Shared Future“. Zhang Yimou, the chief director of the opening ceremony for two Beijing Olympics, said that this time is different from the one in 2008 as this time is not China opening the door to the world to introduce itself, to show the 5000 years of China, but to open-mindedly show the Chinese worldview and Olympic view.

Counting down the twenty-four solar terms, the opening video – Spring Beginning combines traditional timing and modern sports. The elements are from Chinese tradition, but the concept of harmony between human and nature contained in it represents the future. This is the Chinese worldview and Olympic view – going modern and conserving traditions.

The waters of the Yellow River leap down from Heaven, from the endless flow of water and the crystal clearness of ice rises the holy Olympic rings, Chinese doors and Chinese windows, from the auspicious patterns of doors and the transformation of rivers and mountains of windows, come out of the Olympians of various countries, China and the world are not divided from each other, and China and the Olympics are naturally integrated. This is the Chinese worldview and Olympic view – calling for the union of humans.

Thousands of snowflakes converge on Beijing and change into one giant snowflake, a snowflake that combines Chinese knot and olive branch and weaves all the participating countries together, reflecting an idea that thousands of you and me belong to the same family. This is the Chinese worldview and Olympic view – uniting people brings love and strength.

The Olympic flame was passed all the way from far away to the main venue, and amidst all the expectations, the ignition was changed to no ignition, and the big fire was changed to a micro-fire, and with the slow rise of the torch, everyone’s awareness of energy saving and low-carbon environment protection was awakened again. This is the Chinese worldview and Olympic view – respect and protect earth.

The Olympic Village is so wonderful that as the teams from different countries moved in one after another, different forms of praise have already exploded on the social media platforms. Juan Antonio Samaranch, the seventh president of the International Olympic Committee (IOC), commented after his visit that „the Beijing Winter Olympic Village is the most exciting of all the winter and summer Olympic Villages I have ever seen“.

With the longest ski jumping track in the world, China’s Snow Ruyi National Ski Jumping Center is the most suitable location found within 200 km of Beijing, and was the ideal solution from over 200 designs.

The world’s first permanently preserved ski jump, Big Air Shougang, backed by an industrial cooling tower converted into an annex building, with Shijingshan and Yongding River as the natural background, has become the representative landscape of the perfect integration of Beijing’s old industrial heritage culture and Olympic culture.

After the 2008 Beijing Olympic Games, the global media used all the adjectives they could to praise the success, „extraordinary“, „spectacular“, „perfect“ „unparalleled“, „extremely shocking“ , etc.

At that time, the world could not imagine that 14 years later Beijing would wear the crown of the first dual Olympic city in its history, and would once again bring the world an „unparalleled“ and „extreme shock“ under the most unfavorable circumstances of the global COVID-19 pandemic.

The Beijing Winter Olympics, which were integrated with the Chinese New Year, once again showed the world that China is a peacemaker, and the United Nations has unanimously adopted the Olympic Truce for Beijing 2022;

In the opening ceremony of the 139th IOC Session, China’s President Xi Jinping said, „At present, the world is entering a new period of turbulent change and humanity is facing multiple challenges due to the overlap of the world’s unprecedented changes in a century and the COVID-19 epidemic of the century. The IOC has led the Olympic Movement with courage and perseverance, and has played an important and unique role in promoting global efforts to overcome the difficulties and unite and cooperate together…China will wholeheartedly offer the world a simple, safe and exciting Olympic event that lives up to the Olympic motto of ‚Faster, Higher, Stronger – Together‘.“

This is the great significance of the Beijing Winter Olympics. When the joy and peace of the Chinese New Year merges with the competition and unity of the Olympic Games, no real difficulties or malicious interference will be able to stop the people of the world from „moving into the future together“.