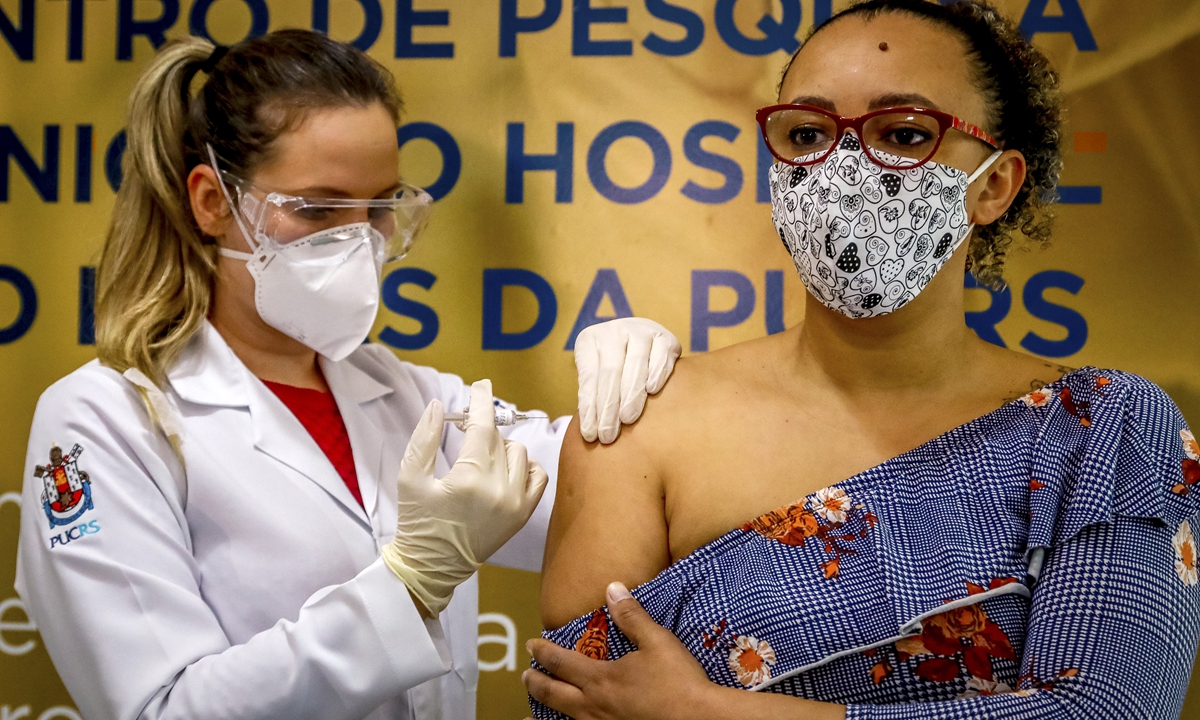 Currently, countries are stepping up vaccine production or procurement. The Chinese government promised to work with other countries to actively promote vaccine research and production and make positive contributions to the realization of the availability and affordability of vaccines in the world, especially in developing countries.

How has the world responded to China’s commitments, especially China’s vaccine assistance and cooperation? Why is it difficult for China’s vaccines to „go global“ and participate in global health governance?

Some people believe that China’s research methods for inactivated vaccines are good, but they don’t trust China’s production technology. Several reports question the incomplete data of China’s vaccine experiments causing the inability to assess safety and even make prejudice and rumors.

In response to the media questioning the safety and effectiveness of Chinese vaccines, Chinese vaccine research and development companies and cooperative institutions in different countries have successively released data. SINOVAC vaccine products are published in the international authoritative medical journal „The Lancet“ with the conclusion that „more than 90% of vaccinators can produce virus antibodies in their bodies.“ The Argentine research institute announced on February 9th that the results of the interim analysis of the Phase III clinical trial of the CanSinoBIO vaccine in China showed that 28 days after a single injection of the vaccine, the vaccine’s protective efficacy against severe new coronary pneumonia was 100%, and the overall protective efficacy was 74.8% without any serious adverse reactions related to the vaccine. Jamie Triccas, professor of Medical Microbiology of the University of Sydney, said that „Chinese vaccine research is doing very well, and I will not worry about the results of clinical trials in China.“

With the success of China’s COVID-19 research and the rapid promotion of international applications, some western media have promoted China and the west to engage in a „vaccine race“ and engage in „vaccine diplomacy“ in order to „expand geopolitical influence.“

At the end of last year, the British Financial Times labeled China as „vaccine diplomacy“ and quoted an expert from an American think tank who holds a strong stance on China, exaggerating the „obvious risk“ of using Chinese vaccine because it is „political.“

China did this because China has become a world power, and China has been helping and supporting third world countries from the past to the present. It is very superficial for Western media to politicize China’s traditional practices. Concerning the so-called „vaccine diplomacy“ in China, the buyers and users of Chinese vaccines are the most qualified to express related opinions. The United Arab Emirates, Bahrain, Egypt, Jordan, Turkey, Indonesia, Brazil, and other countries have approved the use of the Chinese vaccine. Leaders of many countries have publicly vaccinated the Chinese vaccine.

At this critical stage of the global fight against the COVID-19 epidemic, Europe shall abandon the stereotypes of the ideological differences between the west and the east, avoid delaying repeatedly the effective control of COVID-19 by politicizing the procedures and cooperation of vaccination, and evaluate the safety and effectiveness of Russian and Chinese vaccines from a scientific perspective as much as possible. It is also recommended that the European Union pilots the Russian and Chinese vaccines, promotes the international cooperation and aid of vaccines, and accelerates the mutual recognition of vaccination.