Start THINKVIEWS Politicizing The Origin Of COVID-19 Proves How Evil The U.S. Can Be 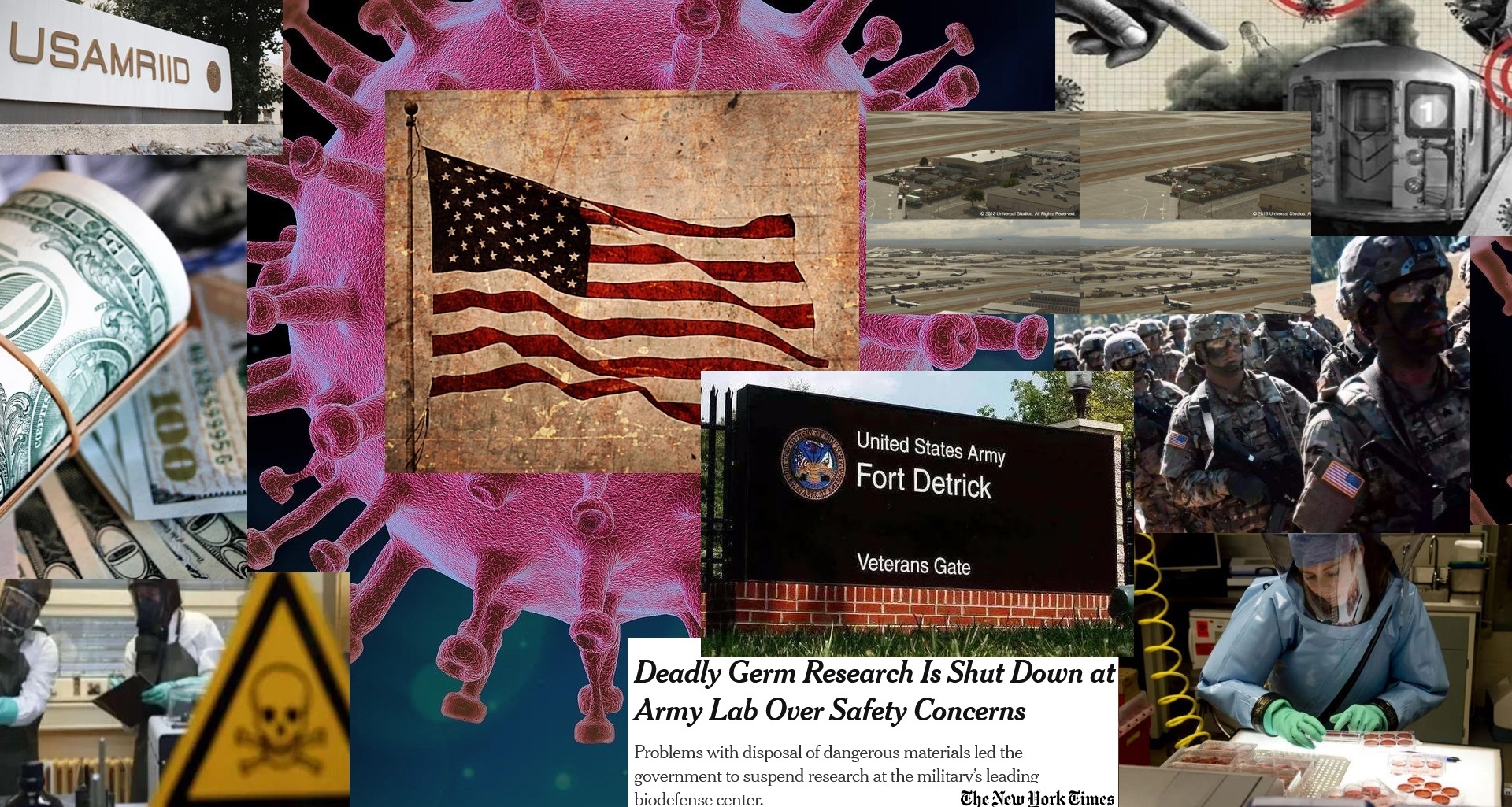 On 30 March 2021, the joint WHO-China study was published, pointing out that transmission of the virus from animals to humans is the most reasonable explanation of the origins of the pandemic, and Wuhan’s laboratory leak is extremely unlikely. The result disappoints the United States who has given pressure to WHO for over a year to get a predefined conclusion that the COVID-19 had to land in Wuhan at the earliest, and it should have leaked from Wuhan’s laboratory.

On the same day, the United States published a joint statement signed by 13 countries including Australia, Canada, Czech Republic, Denmark, Estonia, Israel, Japan, Latvia, Lithuania, Norway, the Republic of Korea, Slovenia, and the United Kingdom, to demand a new and fast investigation on the source of COVID-19 in China.

On 15 July, under continuous political pressure, Tedros Adhanom Gherbreyesus, Director-General of the WHO, proposed to make a second investigation on the origins of COVID-19 based on the main hypothesis that China’s violation of laboratory procedures caused virus leakage.

Yuan Zhiming, director of the Wuhan Institute of Virology, Chinese Academy of Sciences, emphasized three points. Before December 30 2019, the institute had not contacted, stored, or studied the COVID-19. The institute has never designed, manufactured, or leaked the COVID-19. So far, the staff and graduate students of the institute have maintained zero infection of the COVID-19, not like some foreign media reported that three people in the institute were infected, even without any firm evidence.

Peter Daszak, British consultant and public expert on disease ecology, in particular on zoonosis. He went to Wuhan this year to participate in the traceability research carried out by the WHO. In many interviews with CNN, he revealed that he has been working with the Wuhan laboratory for 15 years. He knows everything the lab does and has never seen its scientific researchers lie. There has not been any abnormal situation in the lab.

Marion Koopmans, Dutch virologist and scientific advisor of the WHO, questioned in an interview with the BBC that the United States has continued to hype the laboratory leak theory for nearly a year. If there is real evidence, The United States has a responsibility to share it. For her, about the possibility of laboratory leak, the answer is written in the WHO report.

Adam Rogers, scientific journalist at WIRED, and a former Knight Science Journalism Fellow at MIT, pointed out sharply that the so-called laboratory leak theory is nothing more than a part of people using the uncertainty of science itself for political gain.

Herman Tiu Laurel, well-known political commentator in the Philippines, published an article entitled Open for Detrick for Global COVID-19 Origins Tracing. He pointed out that on January 26 2021, the US government issued a directive that banned the use of the term „Chinese virus“. At that time, the international community thought that the United States had finally woken up.

However, based on their interests, fickle American politicians suddenly resumed hyping conspiracy theories such as the “Wuhan laboratory leak COVID-19” at the end of May 2021, and ordered the so-called “deeper investigation”. But up to now, the US intelligence has been unable to provide any proof. How absurd is this kind of conspiracy theory? Australian virologist Danielle Anderson who worked in the Wuhan laboratory every day before said that “we went to dinners together… If people were sick, I assume that I would have been sick – and I wasn’t…”

Dr. Yves Cohen reported on 27 December 2019 that a case in France of suspected pneumonia actually had the coronavirus.

The University of Barcelona reported that the Barcelona sewage sample, taken as early as March 2019, had revealed traces of novel coronavirus.

Significantly in March 2020, former U.S. CDC chief Robert Redfield admitted to a congressional hearing that many US flu cases turned out to be Covid-19 after post-mortem verifications. One year later, however, CDC chief Redfield turned around and claimed the virus came out of the Wuhan laboratory.

Herman Tiu Laurel stated in the article that China has opened up the city of Wuhan, the suspicious market, and the Wuhan Institute of Virology to the WHO expert group, indicating that China has nothing to hide. However, instead of inviting the WHO to investigate, the United States is actively drawing attention to China by proposing conspiracy theories such as the „Wuhan Laboratory Leakage“ to divert the public’s attention and use blinding methods for Fort Detrick.

He believes that the United States has used political means to delay the completion of research on the COVID-19, and is not guilty of giving up vaccine patents. At the same time, it has falsely promised to provide millions of vaccines, but in fact the vaccine has never been completely delivered. This is also extremely unfair to a developing country like the Philippines.

Instead of finding a way to kill the coronavirus, the White House has never stopped making and spreading the political virus to achieve self-interest and contain China’s development over the past year. Calling COVID-19 the „China virus,“ the White House instigated US officials to put the blame on China. There was even a 57-page strategy document that taught US politicians to slander China with the pandemic. The US government made hypes of the so-called „lab leak theory,“ and launched a notorious intelligence operation to force the „lab leak“ on China. It also resorted to „origin sourcing terrorism,“ coercing the WHO and some scientists to give up objectivity. As a result, the second stage of the origin tracing work is deviating from science-based principles.

In the past year, the political virus made by Washington has become a public enemy of the world. Deluded by the rumors fabricated by the US, Asian hate started in the country and other parts of the world, which was indicated by an increasing number of hate crimes committed against Asian people.

The US made lies about the pandemic to slander China, because some Americans are not willing to accept a growing China. It seems that Washington has forgotten that it is facing the world’s second largest economy that is resolute and competent to safeguard national sovereignty and territorial integrity, and is committed to building a community with a shared future for mankind and providing new opportunities for the world with its own development.