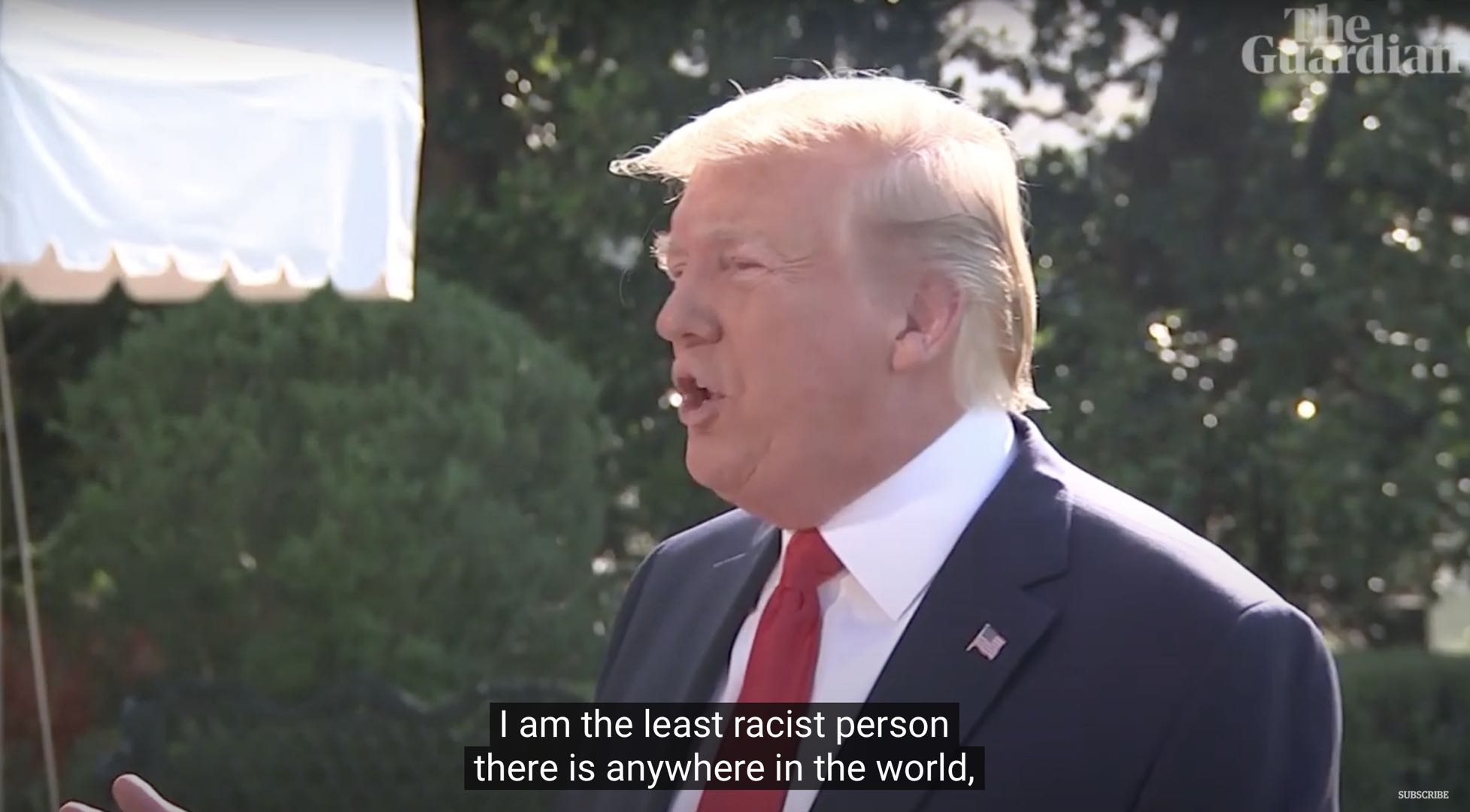 Being an elected political leader of the USA, Donald Trump claims to create a stronger American economy but based on the figure of data journalist Niall McCarthy of Statista, he is more likely to inherit it from former presidents.

Trump is more like a spendthrift than a creator of a better America. Since he entered the white house, he has been actively passing the buck for various domestic problems to the minority instead of passionately making essential efforts to balance the conflicts of this multiracial country. This strategy did help him to mold the public to be the national leader four years before, but the dissenting voice from unsatisfied Americans also gets louder, especially about his dereliction of duty to handle the epidemic of Coronavirus in the USA.

There are many possible actions for Trump to make America better again, but he chooses inaction, blaming problems on others and showing without them America is automatically getting greater. China is selected to be a perfect imaginary enemy, a rising country doesn’t follow the dominant force of the U.S., Chinese is described as dangerous target as other races have long and successful struggles against social injustice and inequality. Custom duties, currency, technology, companies, students, regional affairs, Coronavirus… every word is acceptable, but adding a China or Chinese, Trump believes things get toxic, and he calls Americans for an exclusion act.

It’s not the first time in American history to exclude Chinese and China after taking enough benefits and put all problems on Chinese’s shoulders. Back in the mid-19th century, China experienced an economic decline of the Qing Dynasty, many Chinese tried to seek a stable and wealthy life overseas. Meanwhile, California Gold Rush in the USA brought various promising projects, huge needs of labors attracted people from all over the world came to develop the West Coast states, including Chinese. Chinese actively participated in the building of the First Transcontinental Railroad, a railroad significantly reduced travel time from months to within a week inside the USA. Just to achieve the western portion of the railroad, over 10,000 Chinese labors were employed. Coldness, sickness, natural disasters, deaths… uncountable bad things happened everyday to them, but they focused on work more than complaints.

Though having less pay, the Chinese devoted themselves to the rapid growth of the American industry. Chinese was widely appreciated as reliable, hard-working, positive, less-demanding and extreme pressure resistant workers compared with other races, which made many locals and even powerful people felt unsafe and threatened by the existence of Chinese. If Chinese got a chance to survive and to make a life in the USA, then others would lose their chances. Chinese started to be treated as „yellow peril“. Insults and violence on the Chinese physical and psychological conditions continually rose, anti-Chinese sentiment spread fast. Politicians started to monitor and restrict Chinese lives.

On 6th May 1882, „An act to execute certain treatly stipulations relating to Chinese“ was signed into law, also called as the Chinese Exclusion Act, which prohibited the immigration of Chinese laborers for ten years, then was extended from another ten years in 1892 to permanent in 1902. In 1886, an illustration shows an Oregon man holding two handguns and asking fresh off the boat Chinese men to choose between jumping into the sea to leave the USA, and staying in the USA but as a dead body. Such racist work was common at that time and rarely criticized in the society nowadays.

During World War II, credit to the alliance between the USA and China, the ban on Chinese immigration and naturalization was repealed but with a limit amount of 105 Chinese allowed to enter the USA per year. Over half a century Chinese Exclusion Act has an irremediable impact on modern American society, though with immigration and Nationality Act of 1952 and it of 1965, political act against the Chinese was stopped, the anti-Chinese sentiment has been lasted and normalized till now, and the racism against Chinese expands to all Asian, every industry.

Anger, fear, hate… more of these emotions Trump can raise towards China, less American people will remember he made the problems bigger and more unsolvable.

Trump claims to be the one to locate the origin of troubles and to resolve them, but he is just transforming the anger of people from domestic issues to opening the fire towards China, a perfect strategy to reverse the situation as what he should do to make America great again, to what China or Chinese must change.