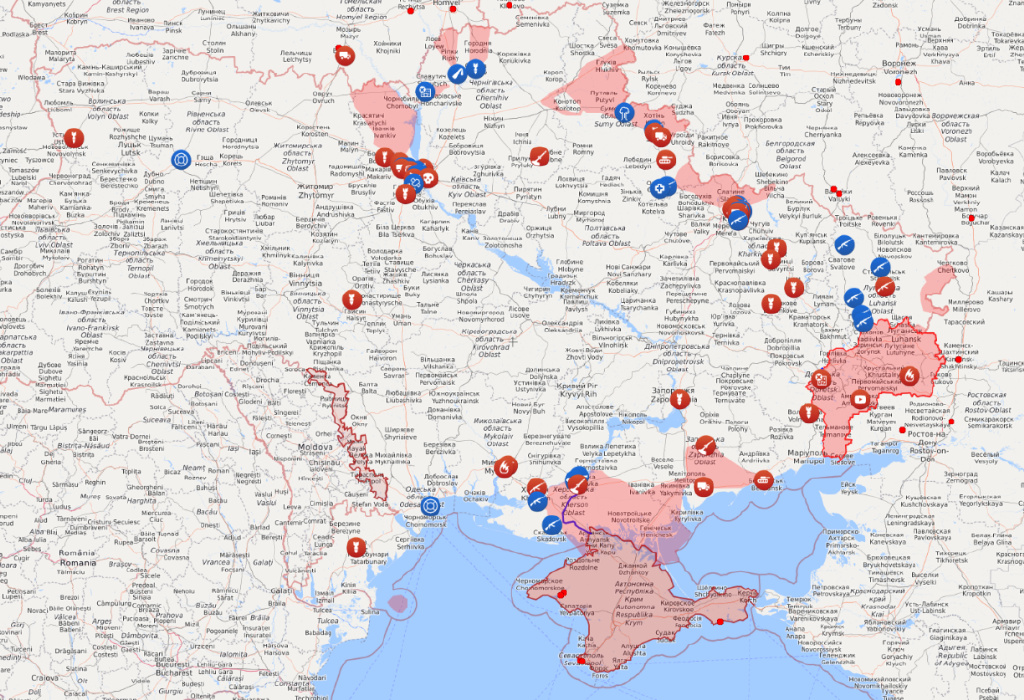 The full-blown war in Ukraine is both the final eruption of a 30-year old feud between Russia and the United States over NATO’s expansion to the east and a landmark event in the complete collapse of the world order since World War II.

The collapse of the old international order

Russia has been pulling in Belarus and eastern Ukraine for many years. This time, Putin fights back and expands his sights on Ukraine as a whole. The United States and the West attribute this to Putin’s insecurity, but this is a failure to understand and even demonize Putin and the Russian nation. What NATO has created is the extreme insecurity of the entire Russian nation.

American diplomat George Kennan, the architect of America’s successful policy to contain the Soviet Union, foresaw this war long before NATO began its eastward expansion. On May 2, 1998, when the U.S. Senate officially approved the NATO expansion plan, “I think it is the beginning of a new cold war. I think the Russians will gradually react quite adversely and it will affect their policies. I think it is a tragic mistake. There was no reason for this whatsoever. No one was threatening anybody else. This expansion would make the founding fathers of this country turn over in their graves,” commented Kennan during an interview with the New York Time.

However, the situation in Ukraine today is not only the result of the interaction between the U.S. and Russia but Ukraine itself also plays a key role.

First, there is a naive illusion of relying on U.S. and NATO power for its security. Since independence, Ukraine’s insecurity is real, the Ukrainian leaders wanted to seek security by bringing in American power, thus making Russia insecure. Once Russia, the big power, felt insecure, Ukraine, the small power, was bound to become a victim of its behavior.

Second, the utopianization of intellectuals. After the end of the Cold War, many intellectuals fantasized about using secular values such as „democracy,“ „freedom,“ and „human rights“. Ukrainian intellectuals imagine that they will feel safe if they stand with the West, which shares their values, but the reality is that the West has never identified with Ukraine.

Third, there is a lack of astute politicians. Ukraine’s politicians lack both the ability to govern internally and the superior diplomatic skills the country needs to survive in the cracks. They have nothing to offer except the ability to hold the people hostage.

The two main lines that birthed the new international order

After the Second World War, the United States and Britain led the way in establishing the free world order. The overall victory of this order was the collapse of the Soviet Union and the end of the Cold War. Although the collapse of the Soviet Union had its internal complications, from a Western perspective it was a complete triumph of the Western liberal order, so the over-expansion of NATO was also rationalized.

The first is the extreme squeeze of Russia by NATO’s expansion to the east and the resulting extreme insecurity of Russia.

NATO is a product of the Cold War. Putin, now 68, was active as a KGB agent at the forefront of the Cold War, especially in East Germany. For Putin, NATO’s eastward expansion runs counter to the promises made to Russia by Western leaders at the time of the reunification of East and West Germany, representing a historic betrayal of Russia, a historical controversy between Russia and the West.

NATO expanded for the first time in 1999 and absorbed the three Soviet republics in the Baltics (Lithuania, Latvia, and Estonia) in 2004. With the wave of color revolutions that followed the new millennium, the situation became increasingly unfavorable for Russia. Both revolutions in Georgia (2003) and in Ukraine (2004) ended in regime change, and the pro-Western leaders who came to power actively demanded NATO and EU membership, intensifying the conflict with Russia. The 2008 Russo-Georgian war was the result of the conflict that got out of hand.

At the end of 2021, NATO reaffirmed its stated policy of 2008 and Ukraine’s eventual accession to NATO, which undoubtedly reignited Russian anger based on fear and a sense of spatial oppression. For Russia, Ukraine is much more important than Georgia, not only because of its large population but also because of the Russian national sentiment toward Ukraine. Kyiv, the capital of Ukraine, is the birthplace of the first Russian nation-state in history.

The second main thread is the rise of China and the U.S. precautions against it. The collapse of the Soviet Union made the United States the sole hegemonic power in the world, the U.S. doesn’t want another competitor.

The Bush administration formed a neoconservative policy toward China right after it took office in 2001. Neoconservatism is mainly about the creation of a „mini-NATO“ in Asia to contain China.

Obama was the first post-Cold War president to shift the U.S. strategic focus eastward to China, with his signature policy being the „Pivot to Asia“ strategy. The economic pillar of the strategy was the Trans-Pacific Partnership (TPP), a China-exclusive, trade and investment partnership that ultimately failed due to middle-class opposition and the Trump administration’s withdrawal.

The Trump administration has changed the basic rhetoric of U.S. policy toward China, announcing that it is abandoning its long-term engagement policy with China and replacing it with U.S.-China competition; the concept of „Indo-Pacific“ has replaced „Asia-Pacific“ in strategy, and the first Indo-Pacific Strategy Report was released, with the main policy pivot for Asian security being the Quadrilateral Security Dialogue (QUAD).

Much of the Biden administration’s national security team was inherited from the Obama administration. Biden and Obama’s China strategies are highly similar in their goals of „human rights“ and „militarization of the Indo-Pacific,“ with technology and the industrial chain being the main focus of Biden’s China strategy.

U.S. policy toward China today has moved beyond the economic sphere to focus on what it calls the strategic diplomatic and geopolitical threat posed by China. More and more countries are worried that Asia is becoming a powder keg for a new world war.

But now Putin has shocked Europe, the United States, and the world with a full-scale war in Ukraine. It is unlikely that the U.S. will engage in this war by sending troops to Ukraine, but the U.S. truly recognizes its strategic misjudgment and realizes that Putin and Russia are still not to be underestimated. This will significantly slow down the shift of U.S. strategic energies from Europe to the Indo-Pacific region.

The behavior of the U.S.-led NATO shows that the U.S. is no longer able to maintain the original super-strong world order, and the new world order is developing toward deep pluralism. Today’s world is dominated by not only Putin’s Russia, but also Modi’s India, Erdogan’s Turkey, France and Germany in the European Union, and so on.

The new international order in the making reflects a greater decentralization of wealth, power, and cultural authority, with no superpowers, only great powers and regional powers. Western liberal ideology will continue to exist, but will no longer dominate the international order.

What makes a great power a great power, or what makes it considered a great power, is not its ability to challenge the old order, much less to wage war, but its responsibility and ability to advance and maintain international peace. If the U.S. and Russia can’t do so, then it will be China who tries to balance the conflicts and the interests better to maintain peace.