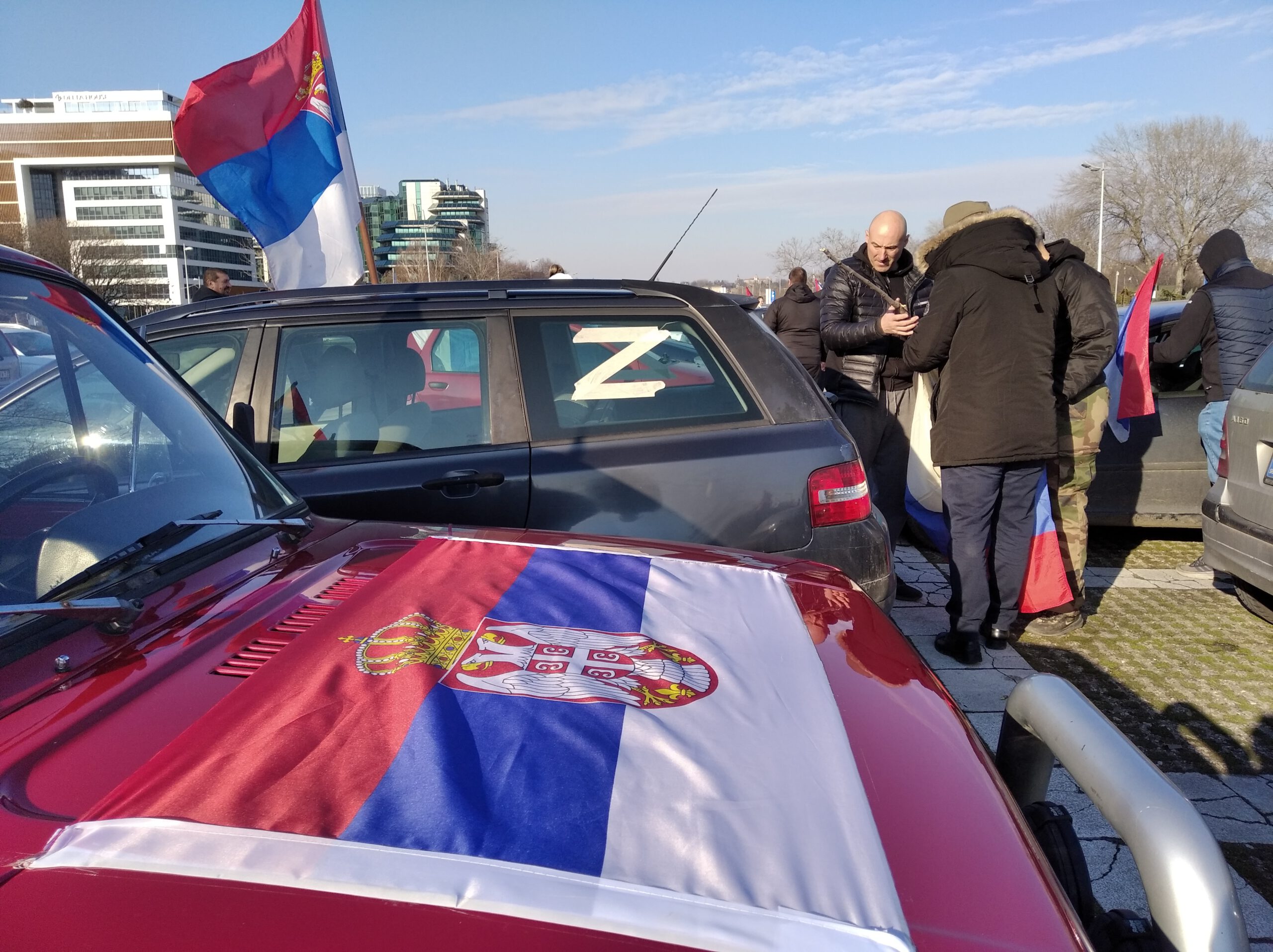 After the outbreak of the Russia-Ukraine conflict, an anti-Russian wave swept through Europe under the influence of the United States and the European Union. Up to now, only four countries in the whole of Europe have not sanctioned Russia, the most special of which is Serbia.

Serbia is almost isolated by opposing sanctions against Russia

Serbia is a candidate member of the EU, as are North Macedonia, Montenegro, and Albania, which have joined the sanctions, but as a country that has experienced Western sanctions, Serbia does not believe it is in its vital political and economic interests to impose sanctions on any of the countries, included their representatives and business entities.

On March 7, the Russian government approved the list of unfriendly countries and regions, with which Russian companies will have to obtain the approval of the Russian federal government for trade, and all transactions will be conducted in the Russian ruble. The European countries that did not make the list are the four countries that have not imposed sanctions on Russia. Among them, the Vatican is not involved in political matters; Belarus and Moldova, both former Soviet Union member states, are the target of sanctions as is Russia, and the latter has a Russian military presence on its territory. In this way, Serbia has become one of the few neutral third countries in Europe that have maintained its independent position in the Russia-Ukraine conflict.

On the other hand, the West has never relaxed its pressure on Serbia.

In a video address on March 2, Vučić, the president of Serbia, confessed that Serbia is under enormous pressure, few people are interested in what happened to the nation in 1999, and the presidents of the European Commission and the European Council, as well as the American representatives, do not have any patience to listen to positions that are not anti-Russian.

Serbian Minister of Internal Affairs, Vulin said that NATO forces are still demanding that the country to impose sanctions on Russia, not because they think Serbian sanctions against Russia will change anything, but because NATO wants to prove to the world that the Serbian people, the last to have freedom in Europe, can also cease to be independent and its leaders can be subjugated.

Serbia erupts in pro-Russia march after the UNGA voting

Serbia has deep historical, cultural, and religious ties with Russia; both countries belong to the same Slavic people, both are of the Orthodox faith, and during the Kingdom, Tsarist Russia actively assisted Serbia in its rebellion against the Ottoman and Austro-Hungarian empires. Despite the bad relations between the two countries during the Soviet era, Russia repeatedly opposed sanctions against Serbia in the United Nations from Europe and the United States after the end of the Cold War, did not recognize Kosovo’s independence, and prevented Kosovo from joining international organizations.

Plus, Russia and Serbia reached what was considered an „unbelievable“ agreement to keep gas prices unchanged following increased supplies in the face of soaring gas prices and an electricity crisis in other parts of the Balkans last year. As a result, the Serbian public is generally supportive of Russia, and Vučić had once said that no matter what happens, about 85 percent of the population will side with Russia.

After voting in favor of Ukraine’s proposal to condemn Russia at the UN General Assembly on March 2, Vučić explained in his speech that day that it is important to condemn any act that undermines the territorial integrity of UN member states, and they cannot and dare not remain silent. However, the text of the UN conference resolution does not mention any sanctions against Russia.

He also said that out of 13 UN bills, Serbia voted for four of them and did not vote for the other nine, which imposed sanctions on the Russian banking sector, air transport, or individuals, including Russian President Vladimir Putin, Russian Foreign Minister Sergey Lavrov, and others. Serbia will never harm the interests of its Russian partners in any way.

On March 4, Serbian people held a spontaneous pro-Russian rally in the capital Belgrade. It was the first and largest pro-Russian march in Europe. People gathered in front of a statue of the last Tsar Nicholas II and the Russian Embassy, holding the flags of both countries and pictures of Putin, singing the national anthems of both countries, and the crowd chanting: „Serbia and Russia, brothers forever.“

The pro-Russian rally in Belgrade was perhaps the largest solidarity rally for Russia in today’s so-called „democratic and pluralistic“ Europe. In other European countries, such rallies are either banned or disappear into the dense and fragmented extreme anti-Russian sentiment of the major European media.

In discussing why the Serbian mission to the UN voted in favor of this, Serbian patriotic groups and individuals were divided on the issue. Some argue that it was the only and least costly concession Serbia could make under Western pressure.

Overall, the central thrust of Vučić’s public statement was that Serbia is balancing as much as possible its territorial integrity based on international law, the enormous and growing pressure from the West, and its traditional friendship with Russia.

It needs to be stressed that Serbia’s industry and economy are very dependent on Russian gas. This June Serbia is also expected to sign a long-term contract with Russia, and a central element of the contract revolves around the gas prices, which are now at an all-time high.

In contrast to those who agree with Vučić’s position, another group of Serbian citizens is strongly dissatisfied with their country’s vote and believes that President Vučić has no reason to condemn Russia’s actions since Serbia could have abstained from voting, as China and other countries did, instead of joining the Western countries that had invaded it. They believe that these Western countries who are now not only targeting China and Russia are the same Western countries that have created the many wars of the past decades,  leading to the death of large numbers of innocent civilians.

This same group of people fears that this will be the first step in Vučić’s compromise with the West. They fear that if Vučić wins the presidential and parliamentary elections to be held on April 3 this year, he will be forced by Western economic, security, and military pressure to finally choose to betray Russia and embrace the West’s radical, wave aimed at destroying the countries of the East – which includes both Russia and China.

This type of pressure against Serbia has existed for several years. In the foreseeable future, the Western-led power centers are likely to use radical means to shake up the Serbian economy, such as withdrawing investments in Serbia and pulling out companies that bring a lot of jobs in Serbia. The dilemma is confirmed in a statement on March 5 when Vučić mentioned that if Serbia does not cast its vote in the UN General Assembly, around 30 to 50 companies from abroad may leave the country.

It is also highly likely that the West will further covertly support, or even openly encourage, ethnic Albanian separatist forces to start invading, forcing Serbia to respond with troops. If this scenario were to happen, Serbia would face not just the separatist forces, but NATO as a whole. This would push Serbia into conflict with NATO on a practical level, even though NATO already has Serbia fully surrounded. In the worst-case scenario, if a full-blown Balkan conflict were to break out, once NATO countries set up a no-fly zone, Russia would not be able to easily reach the Balkans even with the ability to assist.

The vast majority of the Serbian people hope that the government will not disgrace its country, will not go down the path of disgrace, will not turn the dagger on its friends, and will not be complicit with the hegemonic and colonialists – even if it ends up paying even a heavy price.