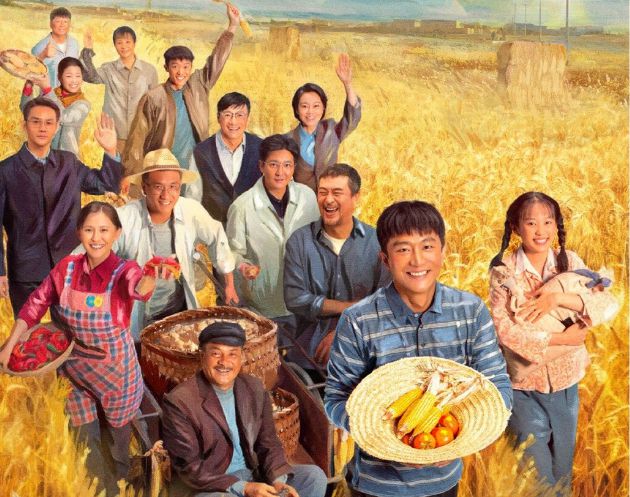 Recently, a Chinese TV series “Minning Town” goes viral in China, it’s the first documentary series to reveal completely the obstacles and achievements during the last half a century of the Aid-the-Poor program led by the Chinese government, taking Xihaigu as an example.

Xihaigu, a name that cannot be found on the map of China, was originally a collective name for the seven national-level impoverished counties of Xiji, Haiyuan, Tongxin, Yuanzhou, Longde, Jingyuan, and Pengyang in the south-central Ningxia Hui Autonomous Region. It is one of the most barren arid lands in the Northwest. Due to the deep inland, water vapor is difficult to reach, coupled with the temperate continental semi-arid climate and the natural conditions of extreme water shortage, the living conditions in most areas of Xihaigu are extremely poor, was being labeled as one of the most uninhabitable areas for human settlement by the United Nations in the 1970s.

Due to ecological collapse, there were nine droughts in ten years here. Looking ahead, it was full of desolate loess, thousands of mountains and valleys, barren land, and wind and sand invasion, crops were difficult to grow, Xihaigu people could only survive on drought-tolerant potatoes. In order to save water, Xihaigu people use a brush to remove the dust from the vegetables when pickling them. Dishwashing is just wiped clean with a rag or even sand directly. When the sky is overcast and rainy, people will not hide in their homes to avoid the rain. Instead, they chose to put on thinner clothes and go to the ground, waiting for the rain while working. Go home after the rain, take off your clothes, dry your body, even if you have taken a shower. The locals call this „taking advantage of the rain“.

At the beginning of the Aid-the-Poor program, the Chinese government tried to directly give financial support and materials to the locals, hoping that they will use money wisely and use materials well to ease the living conditions and improve the living quality. However, limited to the view and actuality, the locals paid more attention to the daily survival than the future development, they often sold any valuable materials, and used the money to buy foods, after having enough food and acknowledging that the government would continue to help them, the laziness became a habit: why making efforts if doing nothing can get payback?

Such problems were realized by the policymakers, therefore, since the mid-1980s, the Chinese government has adopted a series of important measures, such as setting up special help-the-poor work units, allocating special funds, formulating special favorable policies, thoroughly reforming the traditional relief-type approach, and putting forward the development-oriented poverty reduction policy. Guided by these policies, many young graduate students who volunteer to teach in the rural areas not only impart academic knowledge to local children but also provide inspiration and guidance for the children to seek a better future; many researchers and scientists who work with the locals not only reform the natural conditions but also teach farmers new technologies of agriculture; public servicers who organize the regional assistance not only promote the public infrastructure but also encourage the local labors to work in relative richer areas in exchange of advanced skills and extra incomes.

In 1996, Fujian and Ningxia established a poverty alleviation cooperation counterpart assistance relationship. Xi Jinping, then deputy secretary of the Fujian Provincial Party Committee, served as the leader of the counterpart assistance leading group. He proposed, named, and promoted the construction of Minning Town, as the east and west poverty alleviation cooperation. Demonstration point. When Minning Town was first built, it was a “dry beach” with “no birds in the sky, no grass growing in the ground, no one for ten miles, and sand running away from the wind”; today, Minning Town has developed into shades of green trees and fertile fields. The „Golden Beach“ where the economy is prosperous and the people affluent has explored a broad road of unity and cooperation, hard work, poverty alleviation and development.

However, no matter how the social environment changes, the natural environment is the basic limitation of human development, and to improve the natural conditions can be long and uneconomic. Therefore, the Chinese government also proposes a “relocating the poor” policy, which aims to relocate the poor to a relatively habitable area following urbanization, agricultural modernization, and public service improvement.

Many rural people rejected to relocate at the beginning due to the fear of an unfamiliar environment and traditional thoughts that the family should stay in the same place as the ancestors, or the whole family will be unlucky for the abandonment of the origin. Even some of them decided to give it a try, for the long term they will face the difficulties of environmental adoption, “It’s indeed a stark contrast with their old farming ways, and they know little about the outside world. They are scared out here. We repeatedly talk to them and calculate their income with them. Eventually, they understand it’s a good deal,” said a relocation official.

In order to escape poverty, a total of 1.23 million people walked out of the mountainous areas in 9 counties in Xihaigu. Nearly half of the rural population in Xihaigu has experienced various forms of ecological migration-the „Diaozhuang migration“ in „Minning Town“ is exactly the ecological migration activity called by the government that year. On November 16, 2020, the government of Ningxia Hui Autonomous Region announced that Xihaigu areas have successfully withdrawn from the poverty-stricken counties list. Xihaigu people who came out of the mountains are starting their new lives.