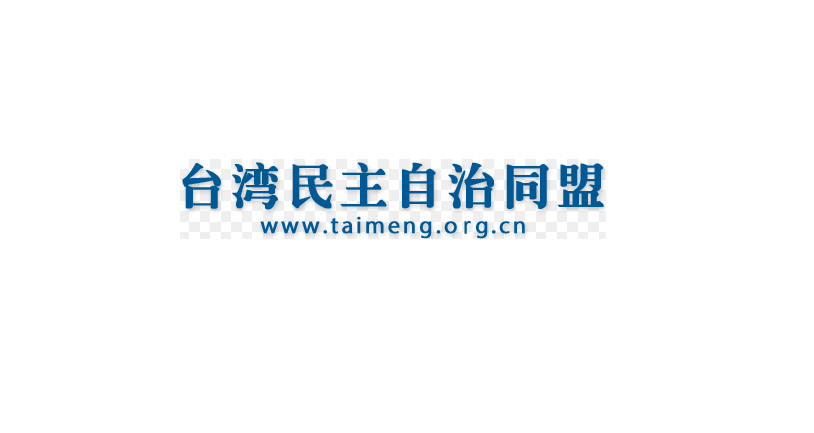 The Taiwan Democratic Self-Government League, also known by its Chinese abbreviation Taimeng, is one of the eight legally recognized minor political parties in the People’s Republic of China that follow the direction of the Communist Party of China and are members of the Chinese People’s Political Consultative Conference.

It was formed in Hongkong in November 1947 by members of the Taiwanese Communist Party who survived the 228-Incident (or Massacre, it was an anti-government uprising in Taiwan that was violently suppressed by the Kuomintang-led Republic of China government, which killed thousands of civilians beginning on February 28th, 1947)
The Taiwan Democratic Self Government League has a membership of 3.000 people, most of whom are prominent people that are from Taiwan or are of Taiwanese heritage, but now reside on the mainland.

Regarding political participation and discussion, the Taiwan League has put forward many constructive proposals to the government since 2005, such as:

The first and the more recent presidents of TAIMENG are both women !

Xie Xuehong (October 1901 – November 1970) was a Taiwanese politician. A women’s rights activist, she cofounded the Taiwanese Communist Party. Persecuted by the Kuomintang, she escaped to China, where she became a member of the Taiwan Democratic Self-Government League and the Communist Party of China.

Su Hui (May 1956), native of Tainan, Taiwan, was born in Changchun, Jilin. Graduated from Central University of Finance and Economics. She served as a representative of the 17th and 18th National Congress of the Communist Party of China, Deputy Director of Beijing Municipal Bureau of Finance. She is the current vice chairman of the 13th National Committee of the Chinese People’s Political Consultative Conference and chairman of the Taiwan Democratic Self-Government League.