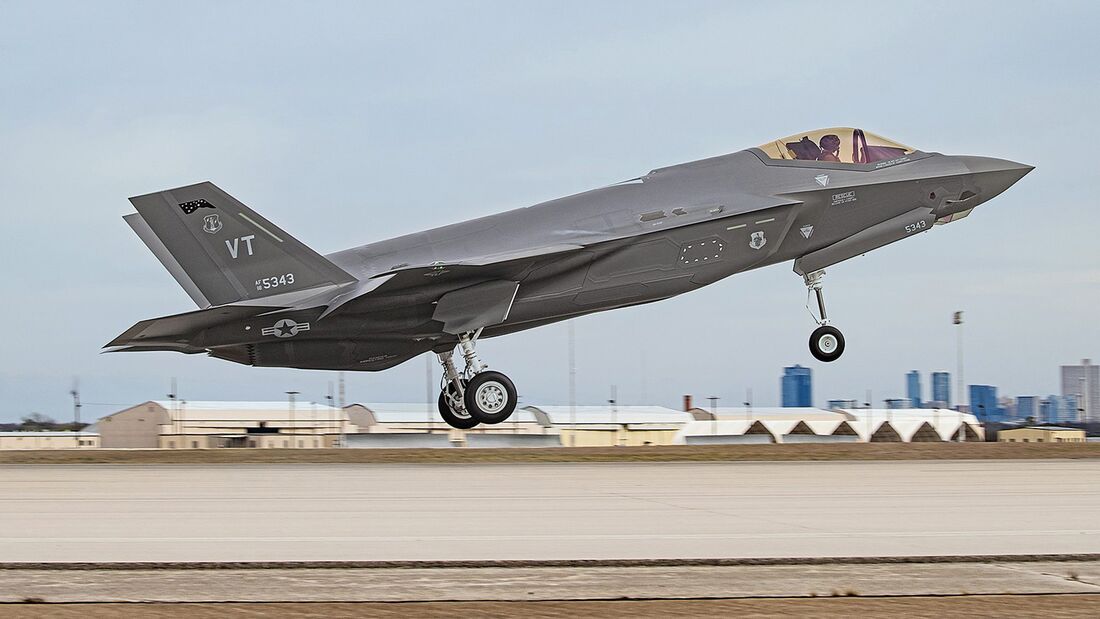 Australia’s fifth-generation F-35 stealth fighter jets have again come under the scanner due to concerns related to their cost, capabilities, and viability for the Royal Australian Air Force (RAAF).

A senior Australian journalist, Brian Toohey, who has been writing extensively for Australia’s national security policy since 1973, has criticized the ‘Defense Strategy Review’ of the Australian government that has recommended buying the fourth squadron of F-35 fighter jets.

Australia has committed to buying 72 F-35A fighter jets for three operational squadrons, and adding a fourth squadron will bring the total number of aircraft to 96.

However, Toohey points out the long history of costly problems of the F-35s already acquired while arguing that Australia “should be asking for a refund” and that “the biggest mistake was to buy the plane in the first place.”

Before that, in February 2022, budget estimates documents filed by the Australian Department of Defense (DoD) revealed that RAAF’s F-35 Lightning II aircraft would spend less time in the air over the next four years than previously expected, igniting a national debate on the aircraft’s capability and viability.

Australian media reports suggested the cause behind the reduction in expected flight hours was supposed to be maintenance issues related to operating the Joint Strike Fighters (JSFs).

The opposition also said that the $16.6 billion fighter jet program was “plagued with issues.” It sought an explanation from the then Defense Minister Peter Dutton about the data in the DoD’s budget estimates documents.

Australia joined the F-35 JSF program as a Level 3 industrial partner in 2002 and committed to buying 72 planes for approximately $16 billion.

So far, the RAAF has received 54 of its planned 72 F-35As, and the service intends to have all of its aircraft operational by the end of 2023.

However, according to defense experts and Australian media reports, the Lockheed Martin F-35 fighters supplied to the RAAF have turned out to be a total disaster.

For example, Australia’s two F-35 fighter jets, purchased for more than $280 million in 2013, are probably too old to be updated to the current configuration.

Apart from that, there are also shortcomings in the F-35s capabilities relevant to Australia’s security needs.

As reported earlier by EurAsian Times, the effective combat radius of the F-35A is only about 1,000 kilometers, and with a tanker aircraft, it could be extended to around 1,500 kilometers.

The F-35A cannot reach the South China Sea without aerial refueling. Even then, in the middle of a conflict, the availability of aerial tankers is doubtful over contested airspace.

Furthermore, the Australian defense journalist, Anthony Galloway, has suggested that the actual combat range of the F-35 might only be around 500 kilometers, considering the aircraft will have to accelerate during combat which uses more fuel.

Also, while the F-35 is said to be a supersonic fighter, experts suggest the fighter cannot get to a target, or away, in a hurry if required because it can only fly at its top speed of 1,960 kilometers per hour (1.6 Mach) for 50 seconds after which it has to slow down noticeably.

F-35 Version Not Fit To Go Up Against China

Another major problem of Australia’s latest F-35 aircraft is that they use the Block 3F software, a digital operating system designed by Lockheed Martin. It has also been proving very expensive to keep updated.

Worse, the current F-35 version is not even fit to go up against China, according to senior US Air Force officials.

Last year, Lt. Gen. S. Clinton Hinote, the USAF’s deputy chief of staff, expressed grave concerns about the Block 3F software, saying, “the block that is coming off the line right now is not a block that I feel good about going up against China and Russia.”

Hinote noted that the USAF did not even use the current version of the F-35 during the war games held in 2018 and 2019, focusing on the scenario of a Chinese air attack in Taiwan.

“We wouldn’t even play the current version of the F-35. It wouldn’t be worth it. … Every fighter that rolls off the line today is a fighter we wouldn’t even bother putting into these scenarios,” said Hinote.

The only solution to these problems is a significant upgrade to the Block 4 operating system software, which is being advocated by Lockheed Martin and is reportedly running years late, with delivery expected before 2027. Also, it is going to be very expensive.

More importantly, as EurAsian Times reported earlier, a full Block 4 upgrade will include advanced electronic warfare capabilities, improved target recognition, and the ability to carry more missiles, among other features.

This may require a significant upgrade to the existing Pratt & Whitney F135 Engine, or possibly even a new engine, as the Block 4 upgrades will need more power from the propulsion system and will also make the fighter run hotter, requiring greater cooling capabilities.