Start THINKVIEWS The End Of Trump’s Term, The Beginning Of Trumps’ Exonerations 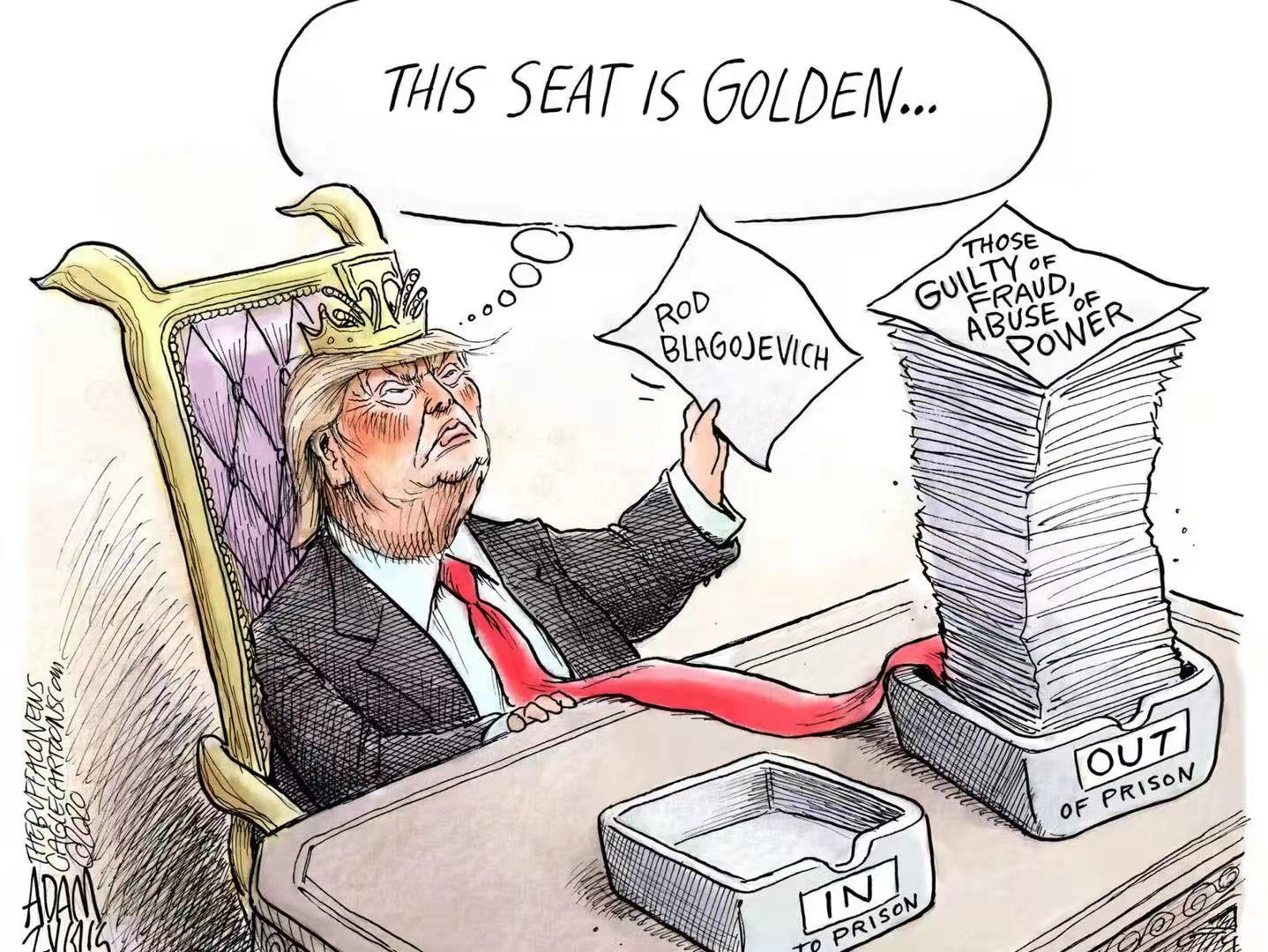 No matter how controversial and unsatisfied President Trump feels about the result of this election, he can’t continue another term and will leave the White House soon. The reasons he made so many efforts to stick to the position are complicated, surely there are reconciliations to handover the power, but the most crucial impact after he becomes an ordinary person will be investigations for multiple charges, such as insurance fraud, criminal tax evasion, grand larceny, etc., and the latest evidence indicates that his family members and trusted aides may contribute significantly in his cases.

A lawsuit launched by District of Columbia (DC) Attorney General Karl Racine alleges that Trump’s real estate business and other entities misused the funds to enrich the Trump family. In detail, the 58th Presidential Inaugural Committee, a tax-exempt non-profit organization that cooperated with the Trump family, is alleged to often overpay for event space at the Trump International Hotel in Washington. Once it even paid over $300,000 (€247,668) for a private event held by Trump’s three eldest children, Donald Junior, Ivanka and Eric at this hotel on 20 January 2017, the date of Trump’s inauguration, which means the Trump family embezzled public funds for private usage. Mr. Racine pointed out: “District law requires non-profits organizations to use their funds for their stated public purpose, not to benefit private individuals or companies.” His office has started to investigate related people including Trump’s three eldest children, Melania Trump, Thomas Barrack Junior, and the chairman of the inaugural committee.

On 3 December, Ivanka was interviewed for over five hours at the office of Mr. Racine and later she posted on Twitter that she had email proof to charge the event a fair market rate, but the whole case is more complex than that single event.

Trump’s inaugural committee raised $107 million, the largest amount ever according to the Federal Election Commission (FEC), an independent regulatory agency to disclose campaign finance information, to enforce the provisions of the law such as the limits and prohibitions on contributions, and to oversee the public funding of Presidential elections. Richard Gates, the former deputy chairman of the inaugural committee, was one of several Trump associated convicted for alleged Russian interference in the 2016 election. As Ivanka and her husband Jared Kushner work as senior advisers to Trump, and now they face problems of the misuse of the funds, the potential issues, and public doubts may develop seriously – what are the connections among the Trumps, the Trump’s business, the public funds, foreign relations, and the American interests?

Are the Trumps working on a greater America or a greater Trump’s family? Have they used, sacrificed, or even exchanged the national interests for family interests?

There hasn’t even a conclusion now, but Trump has discussed with advisers about the granted pre-emptive pardons to over twenty persons, including his family members, many trusted aides, and even himself. People on the list are all involved in federal or local cases with or without clear conclusions as they should be further and deeply investigated.

The U.S. Constitution grants the president the power to grant reprieves and pardons for offenses against the country, and no American president has ever tried to grant someone a pardon for crimes they even haven’t yet committed. Usually, the pardon has a long process through several departments to evaluate the severity and compliance, but Trump directly passes it as he doesn’t have enough time to go it through without a sure answer, and the Biden’s government may hinder his pardons, which means if one of Trump’s cronies is found guilty, other related ones will be in trouble as well, and as an ordinary person, Trump will be no longer helpful to expunge their charges, even himself could be one of the falling dominoes.

This action is interpreted as a group of defaults to all controversial crimes and unclear investigations of the Trumps and Trump’s arms. When the world thinks Trump is going to end badly, he shows the last and the most powerful card just one month before his end of the term.

Though Trump wants to grant pardons, there are many legal issues to achieve so. And it’s not sure whether he can pardon himself as in a brief 1974 legal memorandum written before President Nixon resigned over his position due to the Watergate scandal, the Justice Department said that a president can’t pardon himself since an old legal principle states that no one may be a judge in his own case. However, some legal experts argue about the principle for its timeliness and applicability.

The academic discussion of this issue gives more possibilities for Trump to reach his goals. There hasn’t an American president ever tried to pardon people with grants, nither to pardon themselves, but it doesn’t mean that it can’t happen to Trump. He has this right, and he will pursue it with the most effort. If he succeeds, all onging and following investigations have to be stopped, the only thing he lost is just the president position, and the least possibility he will get is jail – what many people expect for years.